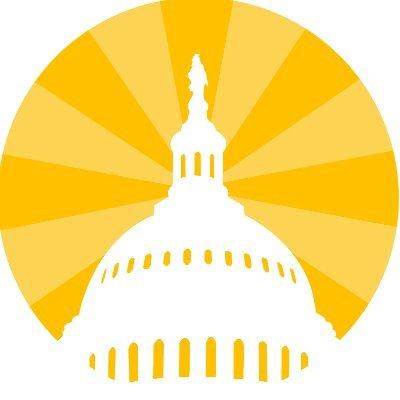 The chairs of the Congressional Progressive, Black, Hispanic, and Asian Pacific American Caucuses jointly urged the Treasury Department today to support House Democrats' recent approval of a new issuance of urgently needed financial assistance through the International Monetary Fund (IMF). The Special Drawing Rights (SDRs) would help hundreds of millions of people in developing countries still suffering from the ongoing effects of the global COVID-19 pandemic.

SDRs, which reserve assets issued by the IMF to all member states, cost nothing to U.S. taxpayers and allow developing countries to stabilize their economies and invest in social and public health needs. SDRs can be converted into hard currency by low-income countries to purchase essential goods such as food, vaccines, energy supplies, medical equipment, and lifesaving drugs. They can also help reduce low- and middle-income countries' borrowing costs, minimize capital flight, and avoid balance-of-payments and debt crises. With the Biden Administration's support, the IMF issued 456 billion SDRs earlier this year, with many of the most vulnerable countries in the world being among the first to take advantage of them. The House of Representatives approved an additional issuance of 1.5 trillion SDRs in the State and Foreign Operations Appropriations bill in July.

In a letter sent to Treasury Secretary Janet Yellen today, the lawmakers wrote, "As President Biden observed, 'one thing we learned' from the 2009 economic recovery is that 'we can't do too much here. We can do too little. We can do too little and sputter.' A one-time allocation of SDRs may be too little given the continuing upsurges in COVID19 infections worldwide. By further boosting global demand for U.S. exports, assisting in a worldwide economic recovery, easing major spikes in hunger, poverty and disease, and providing financial resources for mass vaccinations abroad at no cost to the United States, a new issuance of 1.5 trillion SDRs remains a vital tool for this administration's efforts to crush the coronavirus and build back better, both at home and abroad."

The members of Congress praised the Biden Administration for "ending the previous administration's virtually solitary opposition" to the IMF's issuance of SDRs, as well as the Biden administration's moves to rejoin the Paris Climate Accord and the World Health Organization, as examples that "the United States is once again playing a leadership role in multilateral efforts to solve global crises."

The lawmakers expressed concern that "highly unequal vaccine access has led to just 20 percent of people in low- and lower-middle-income countries receiving a first vaccine dose compared to 80 percent in higher-income countries." In addition, the lawmakers point to the fact that "as many as 161 million more people faced hunger in 2020 than in 2019." Major global setbacks in the fight against tuberculosis, HIV, and malaria, they add, "pose a risk to the economic strength, national security, and public health of the United States." The members of Congress conclude by asking for Secretary Yellen's support in enacting House legislation to issue additional SDRs "to resolve the global pandemic, accelerate America's economic recovery, and save millions of lives worldwide."

The letter to Secretary Yellen builds on a previous joint effort in 2020 that succeeded in securing House passage of legislation authorizing a major SDR issuance in the 116th Congress. The chairs of the Congressional Progressive, Black, Hispanic, and Asian Pacific American Caucuses have also been joined by prominent Democratic Senators and former Republican Senator Sam Brownback (KS) this year in advocating for the issuance of additional SDRs to alleviate global poverty.

The letter can be found online here.