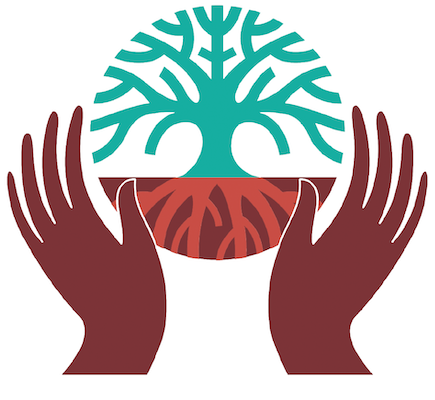 With wildfires blazing in the Amazon Rainforest and across western states in the U.S.-- and the climate crisis and environmental degradation ever escalating-- efforts to repeal environmental protections continue to expand globally. Currently, the United States Forest Service (USFS) is intensifying plans to roll back long-standing protections against logging and road-building in the Tongass National Forest in Alaska.

With wildfires blazing in the Amazon Rainforest and across western states in the U.S.-- and the climate crisis and environmental degradation ever escalating-- efforts to repeal environmental protections continue to expand globally. Currently, the United States Forest Service (USFS) is intensifying plans to roll back long-standing protections against logging and road-building in the Tongass National Forest in Alaska. Today, the USFS announced a Final Environmental Impact Statement (FEIS) and moved one step closer to exempting the Tongass, known as the nation's "climate forest," from the hard-fought for National Roadless Rule.

The 2001 National Roadless Rule established prohibitions on road construction in U.S. National forests, ending decades of extractive logging practices. In October 2019, the USFS released its plan to repeal the Roadless Rule in the Tongass. This exemption proposes to roll back protections across more than 9 million acres of the Tongass, dangerously weakening this national standard by enabling logging interests to bulldoze roads, boost mining exploration, and cut old growth trees in areas of the Tongass that have been off-limits for decades.

As the world's largest remaining intact temperate rainforest, the Tongass is home to over 400 species of land and marine wildlife, and provides economic opportunity to thousands of residents. With Alaska experiencing record breaking heat, maintaining an intact Tongass ecosystem is a critical solution for the U.S. and international climate efforts. Climate scientists agree, forests are critical for stabilizing the climate, sequestering carbon, and providing refuge for unique bio-diverse ecosystems.

In 30 days, the USFS will issue a Record of Decision finalizing its plan to eliminate the Roadless Rule from the Tongass National Forest. Yet, the protection and continuation of the Roadless Rule remains publicly supported. When the USFS first proposed removing protections, there were over a quarter million public comments submitted nationwide, and of the deemed unique comments, 96 percent supported keeping the Roadless Rule in place.

Watch a video on the diverse voices demonstrating the overwhelming support to protect the Roadless Rule.

"My name is Kashudoha Wanda Loescher Culp; I am Tlingit, Indigenous to the Tongass National Forest in Southeast Alaska, a hunter, fisher and gatherer of Nature's gifts. I am also the Tongass Coordinator for WECAN International, speaking out against the disproportionately negative effects on my community caused by corporate industrial dominance over state and federal governing to accommodate industry's mass taking of natural and public resources on Indigenous lands. The Trump Administration's recommendations to repeal the 2001 Roadless Rule is an underhanded misuse of congressional authority and the battle will go on -- full court press. The COVID pandemic has opened eyes to the filthy effects industry has on our lives and all living things. When "the people" become invested, communities have the power and the say to control threatened environments and economies in our midst. We are rising again to demand that not only do we want the 'no action' on the Rule, but that we want the Roadless Rule to be codified into federal law. All Indigenous voices from the Tongass must be heard, and around the world Indigenous peoples must be included at the decision-making table when building the solutions to everyone's very survival." Kashudoha Wanda Loescher Culp, Tlingit, activist, and WECAN Tongass Coordinator

"My name is Rebekah Sawers, I am Yupik and my family is from Hooper Bay, Alaska. I am speaking on behalf of most Alaskans when I say that the Roadless Rule should not be repealed. Currently the Roadless Rule has been in place for 20 years, protecting the trees from mass logging, and allowing the forest to heal. It is important that this land stays wild and free. I am speaking out not only on behalf of my daughter, but I am fighting for all the other 70,000 brothers, sisters, grandfathers and grandmothers who live in the Tongass. I support the NO ACTION alternative and I will say it loud and proud that we are protecting our forest and we must say it, write it, email it, and share it, to our senators and Secretary of Agriculture Sonny Purdue. We need to make it known what they are doing is wrong and keep them accountable! We Can!" Rebekah Sawers, Yupik, student and WECAN Tongass Representative

"The FEIS recommendation is outrageous and not representative of the people. I am Tlingit of the Tongass Forest. As People of the Forest, People of the Sea, we must speak out on behalf of our children's grandchildren to protect this land we call home and the climate. Impacts from industrial logging operations of the last century by all actors, disproportionately and negatively impacted the land and waters we Tlingit have sustained successfully throughout time. As most Alaskans agree, I want the Roadless Rule to remain." Adrien Nichol Lee, Tlingit, President of the Alaska Native Sisterhood Camp 12, WECAN Tongass Representative

"I am an Indigenous women of the Tlingit Nation of the L'uknaxh.adi, the Coho Salmon Clan under the Raven moiety from the Frog House. I am deeply rooted to this land for thousands of generations as a steward of this land. We have been here since time immemorial our elders say, and I follow the footsteps of my ancestors. The current Roadless Rule needs to be strengthened, not weakened. We must keep the Tongass out of the hands of the Trump administration as they move forward with removing protections. In the Tongass, there are innumerable fish and game populations, and unparalleled recreational and business opportunities. Fishing and tourism are billion dollar industries, which Southeast Alaska economies are based upon. This affects our cultural and Indigenous rights to protect Haa Aani, Our Homeland. I am a strong Tlingit woman standing with the Tongass, speaking for the Aas Kwaani, the Tree People, and I will continue to fight for the Tongass despite the government's decision to side with industry over people. This is our way of life to fight for our Indigenous rights as Human Beings that live by the Forest and Tide, the Tlingit." Kari Ames, Tlingit, Alaska Native Voices Cultural Heritage Guide, WECAN Tongass Representative

"The interlocking crises of COVID-19, structural racism, and the climate crisis demand that we stop business as usual and instead put people and planet first over profit. We must protect the Tongass Rainforest of Alaska, an ancient forest ecosystem, held sacred to the Tlingit, Haida, and Tsimshian peoples, which is crucial to their cultural survival and for our global battle against climate chaos. The Trump Administration's latest FEIS follows decades of colonial, extractivist economic models, which have led to industrial scale logging-- destroying the precious ecosystem of the Tongass that has been called "America's Climate Forest." As attempts are made to strip down remaining protections, the solutions and voices of those standing at the frontlines could not be more important. WECAN stands with Alaskan Indigenous women leaders to say no to further devastation in their territories, and yes to maintaining the current Roadless Rule. Our natural forests are essential lungs of the Earth." - Osprey Orielle Lake, Executive Director, Women's Earth and Climate Action Network (WECAN International)

President Joe Biden said during his State of the Union address Tuesday that the climate crisis is an "existential threat" and political leaders have an obligation to confront it.

Seconds later, the president briefly deviated from his prepared remarks to add, "We're still going to need oil and gas for a while"—prompting applause from Republican lawmakers.