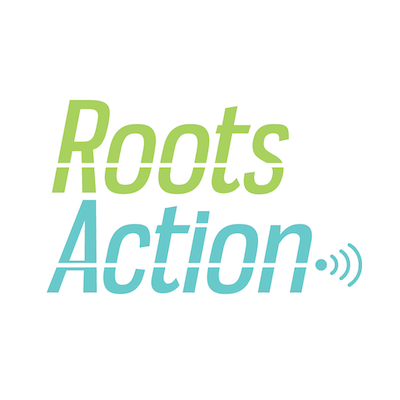 "It's clear that Joe Biden should not be the party's presidential nominee in 2024," the Don't Run Joe campaign said Wednesday as it launched a nationwide organizing drive in the wake of the election. The initial focus will be on New Hampshire, the state that has long hosted the first-in-the-nation primary for presidential hopefuls.

* "Now is not the time for weak measures! We need solid leadership to keep Republicans out of the White House in 2024."

* "We need strong leadership to defeat Republicans in 2024. #DontRunJoe. Give Democrats a fighting chance."

RootsAction.org, an activist group with an email list of 1.2 million supporters in the United States, is sponsoring the Don't Run Joe campaign. Other national organizations are expected to become cosponsors later this fall.

On Wednesday afternoon, Don't Run Joe released the following statement from New Hampshire Democratic State Representative Sherry Frost: "While I appreciate the many good things that Biden has proposed -- specifically, student debt relief and the American Rescue Plan -- I am not confident that Joe Biden is the leader we need to take us into the next term. I am eager to support a candidate who understands the fatal dysfunction in our economy and is willing to hold the ultra-wealthy individuals and corporations to their obligations to the rest of us, who is going to actively champion meaningful civil rights and voting protections, and who will spearhead a shift away from the military-industrial complex and oligarchy and toward a culture that works for the most vulnerable of us first. I am not confident that Biden is that candidate, and while I appreciate his rescuing us from another Trump term, I believe we need someone else to champion the big and systemic changes we need to continue to strive toward our more perfect union."

A statement on the Don't Run Joe website emphasizes that "in 2024 the United States will face the dual imperatives of preventing a Republican takeover of the White House and advancing a truly progressive agenda." With so much at stake, renominating Biden "would be a tragic mistake." The statement concludes: "A president is not his party's king, and he has no automatic right to renomination. Joe Biden should not seek it. If he does, he will have a fight on his hands."

RootsAction, which supported Bernie Sanders for president in 2016 and 2020, cofounded the independent Bernie Delegates Network.

After the 2020 Democratic National Convention, RootsAction devoted several months and major resources to its Vote Trump Out campaign, with fulltime organizers in the battleground states of Arizona, Michigan and Wisconsin. (Politico: "'We have to get rid of Trump': Pro-Bernie group launches effort to boost Biden.")

During this year's congressional campaigns, RootsAction worked to defeat Republicans in various House and Senate races.

RootsAction is dedicated to galvanizing people who are committed to economic fairness, equal rights for all, civil liberties, environmental protection -- and defunding endless wars. We mobilize on these issues no matter whether Democrats or Republicans control Washington D.C.

rootsaction.org
SIGN UP FOR OUR NEWSLETTER
Quality journalism. Progressive values. Direct to your inbox.
Follow Us
LATEST NEWS