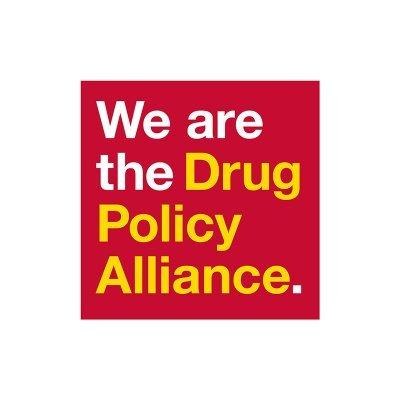 Yesterday, Commissioner James O'Neill's said that the NYPD was in conversation with NYC Department of Health and Mental Hygiene about the city implementing safer consumption spaces (also known as safe injection facilities) in response to the unrelenting overdose crisis. "This is about the sanctity of human life, keeping people safe, making sure that people stay alive," Police Commissioner James O'Neill commented, adding that the department is considering the issue thoughtfully but does not yet have a position. Advocates and people directly affected by the overdose crisis applaud commissioner and the NYPD for signaling their open mind on this issue, and for prioritizing saving lives.

The commissioner's comments and pressure from advocates come the day after officials in Philadelphia announced their plan to create Comprehensive User Engagement Sites (CUES), effectively creating safer consumption spaces there.

Advocates are calling on Mayor de Blasio to immediately release the final feasibility study on safer consumption spaces--commissioned by the city council and funded with $100,000--that City Hall has had since last fall. They also demand clear next steps for implementing safer consumption spaces in the city. Harm reduction-focused agencies across the city stand ready to implement safer consumption spaces swiftly in an effort to save lives right away and emphasize that they are a public health strategy that has been proven to reduce overdose deaths.

Safer consumption spaces (SCSs) are places where people can use pre-obtained drugs in a controlled environment with point-of-care support from staff trained to help participants to make their drug use safer, to prevent and to respond to overdoses, and to provide linkage to health and supportive services.

"The NYPD's willingness to work with the Department of Health to bring an innovative, life-saving public health intervention to New York City amid substantial increases in overdose deaths is exactly the sort of forward-thinking action that we need to prevent New Yorkers from dying unnecessarily of overdoses," said Kassandra Frederique, New York State director of the Drug Policy Alliance. "In a moment when New York State's overdose crisis continues to grow--with overdose deaths killing more New Yorkers than traffic accidents, homicides, and suicide combined--we need bold thinking and action."

"Mayor de Blasio made headlines this week when he joined a national effort and filed a lawsuit against manufacturers and distributors of opioid prescriptions. The truth is, that action was politically easy. If he wants to prove his progressive commitment to saving lives, he won't just release this report, he will take immediate action to create safer consumption spaces in New York City," said Jeremy Saunders, co-executive director of VOCAL-NY. "Despite an AIDS epidemic ravaging our city, syringe exchange was still illegal 25 years ago during the height of AIDS deaths. Any rational and compassionate politician today will admit that was a mistake. Mayor de Blasio's action will define how history will judge him."

"This has never been solely about drug consumption; we're calling for spaces that facilitate health and enable healing from trauma, stigma, and marginalization," said Daniel Raymond, Deputy Director of Planning and Policy at Harm Reduction Coalition. "Mayor De Blasio's leadership would send a strong signal of hope and compassion to people struggling with opioids and their loved ones, and a clear message to the nation that New York City has the political will to end the overdose crisis."

"We can't sit back any longer while our friends and loved ones die when we know there is more we could be doing, right now, to protect those most at risk," said Shantae Owens, a member of the advocacy group VOCAL New York. "The sooner New York allows safer consumption spaces, the more lives we'll save."

"If we want to save lives, reduce criminalization, and end racial disparities, we need comprehensive, innovative, and forward-thinking approaches like supervised injection facilities. New York City is in a unique position to step up and implement innovative drug policies rooted in science, compassion, and public health as we did with syringe exchanges before," said Kassandra Frederique. "It is the time for Mayor Bill de Blasio to lead the way in implementing drug policies that can succeed."