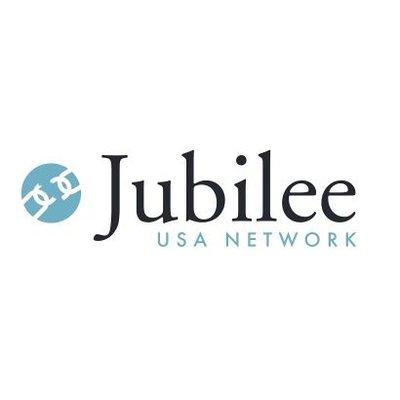 "We are seeing strong warnings of a global financial crisis," shared United Nations finance expert and Jubilee USA Director, Eric LeCompte. Since 2010, LeCompte monitored IMF reports and meetings. "The Fund recommends more transparency around risky investments and corporate and country debts. But these recommendations might be too little and too late."

On Tuesday, the IMF downgraded global economic forecasts, calling the future of the economy, "precarious" and "uncertain," with the release of the 2019 World Economic Outlook Report. On Wednesday, the IMF Global Financial Stability Report issued concerns over high debts and risky investing. The reports raised fears over trade tensions, revenue loss and that developing countries are borrowing too much.

"The IMF got Argentina's debt sustainability wrong and they failed to prevent most of their financing being lost to capital flight," said LeCompte. "In Ecuador there seems to be a disconnect between IMF leadership preaching corporate transparency and IMF technicians advancing austerity and corporate tax cuts."

Beyond the debates, consensus seems to be growing for Somalia debt relief.

"We are optimistic about debt relief for Somalia which is one of world's poorest countries," stated LeCompte who is moderating a High-Level Somalia Annual Meeting Panel. "There seems to be strong support among all stakeholders to alleviate poverty and build a brighter future for Somalia." Read about the World Economic Outlook Report Read about the IMF Global Financial Stability Report Read about the Somalia NGO Consortium and Jubilee USA's Friday High-Level IMF/World Bank event with His Excellency Dr. Abdirahman D. Beileh, Minister of Finance for Somalia, on resolving Somalia's debt and economic crisis here

Jubilee USA Network is an interfaith, non-profit alliance of religious, development and advocacy organizations. We are 75 U.S. institutions and more than 750 faith groups working across the United States and around the globe. We address the structural causes of poverty and inequality in our communities and countries around the world.

(202) 783-3566
www.JubileeUSA.orgPress PageAction Page
SIGN UP FOR OUR NEWSLETTER
Quality journalism. Progressive values. Direct to your inbox.
Follow Us
LATEST NEWS

"A federal program of subsidized employment would empower workers, strengthen communities, and move us toward a more equitable economy for everyone."

In an effort to "create an economy of full employment for all regardless of race, gender, or religion," 10 leading U.S. economic advocacy groups on Monday launched a new campaign calling for a federally subsidized jobs program targeting communities plagued by high unemployment.

The Full Employment for All campaign is timed to coincide with the Martin Luther King Jr. Day holiday and the 60th anniversary year of King's "I Have a Dream Speech."

"The most affected people are clear, the science is clear, we need to keep the carbon in the ground," said Greta Thunberg at the protest.

The way was cleared for the complete demolition of the German village of Lützerath and the expansion of a coal mine on Monday after the last two anti-coal campaigners taking part in a dayslong standoff with authorities left the protest site.

The two activists—identified in media reports by their nicknames, "Pinky" and "Brain"—spent several days in a tunnel they'd dug themselves as thousands of people rallied in the rain over the weekend and hundreds occupied the village, which has been depopulated over the last decade following a constitutional court ruling in favor of expanding a nearby coal mine owned by energy firm RWE.

The letter, spearheaded by a group of climate leaders including Vanessa Nakate and Greta Thunberg, demands that oil giants stop sabotaging the "clean energy transition we all so urgently need."

A group of climate leaders from across the globe issued a "cease and desist notice" on Monday directed at fossil fuel CEOs attending this week's World Economic Forum, which environmentalists warn will likely be used by oil and gas interests as another PR opportunity for their planet-wrecking business.

The open letter—penned by Vanessa Nakate of Uganda, Greta Thunberg of Sweden, Helena Gualinga of Ecuador, and Luisa Neubauer of Germany—demands that fossil fuel companies "immediately stop opening any new oil, gas, or coal extraction sites, and stop blocking the clean energy transition we all so urgently need."