Days before banks are due to renew credit facility for TransCanada, opposition to financing of TransCanada and Keystone XL pipeline grows.

“Jamie Dimon as the CEO of JPMorgan Chase needs to show leadership and move the bank away from investments in tar sands projects and companies,” says Ruth Breech, Senior Campaigner at Rainforest Action Network. “Hundreds of thousands of people have spoken out against the Keystone XL pipeline. Banks must be held to account for their contribution towards climate chaos and Indigenous Rights violations. We won’t tolerate threats to clean water, clean air, and Indigenous rights.” 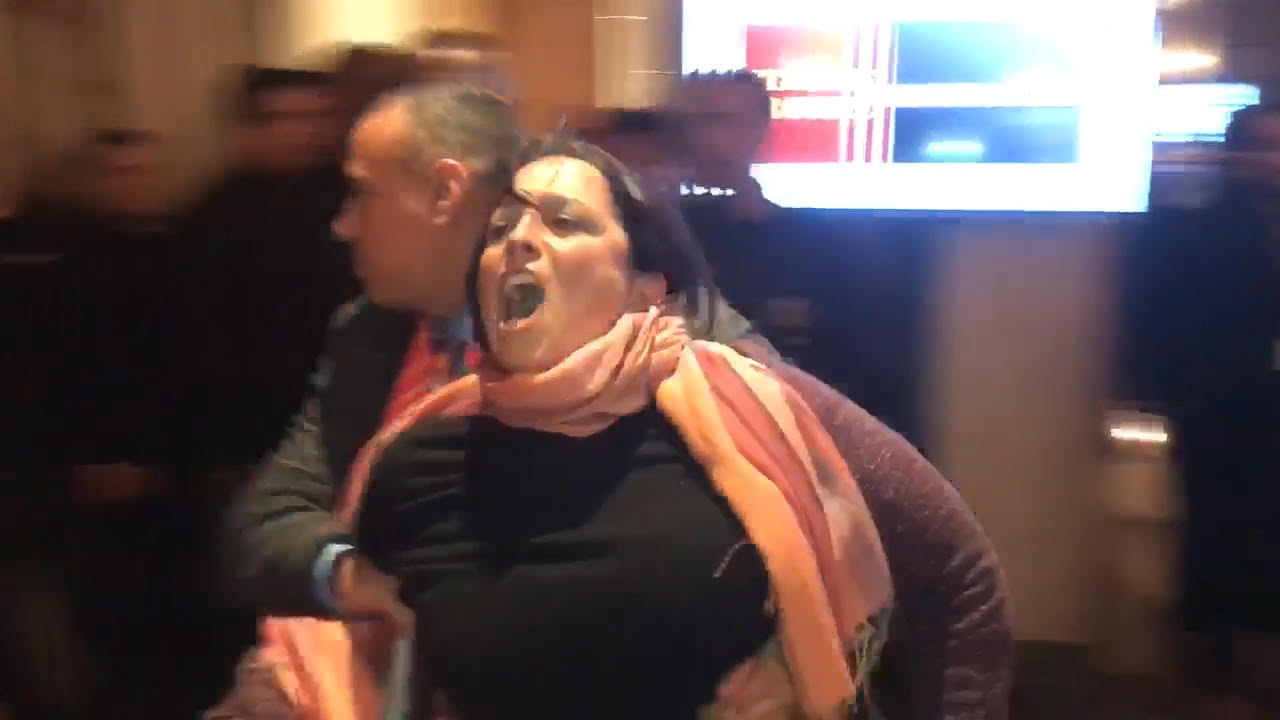 The group of Water Protectors and activists were forcibly removed from the building as they attempted to hand deliver the petition, signed by over 40,000 people, calling on 19 big banks to decline renewal of TransCanada’s credit facility.


On December 15, 2017, two bank-led credit facilities providing $1.5 billion to TransCanada will expire. TransCanada would use these funds for its general business purposes, which include its headline project, the Keystone XL pipeline. Up to 19 banks, including Wells Fargo, and with JPMorgan Chase as the lead arranger, have to decide whether or not to renew the credit facilities.

“We are here today to demand a shift in policy from these financial institutions. TransCanada and its funders like Chase and Wells Fargo need to stop investing in death, cancer, and the raping of the Grandmother Earth,” says Joye Braun, member of the Cheyenne River Sioux Tribe and Organizer with the Indigenous Environmental Network. “Stop poisoning the waters we all need to survive. The health of Indigenous communities at the point of tar sands extraction and communities all along the Keystone XL pipeline’s route are under threat, at the hands of these banks. They have an opportunity to build a better world and to not destroy what is left for greed and money.”


Established in 1990 within the United States, IEN was formed by grassroots Indigenous peoples and individuals to address environmental and economic justice issues (EJ). IEN’s activities include building the capacity of Indigenous communities and tribal governments to develop mechanisms to protect our sacred sites, land, water, air, natural resources, health of both our people and all living things, and to build economically sustainable communities.

END_OF_DOCUMENT_TOKEN_TO_BE_REPLACED

Minutes before the Derek Chauvin verdict, a white cop in Columbus, Ohio shot and killed Ma'Khia Bryant, 16, a black girl in foster care who was threatening another girl with a knife. Many details are unclear - it was reportedly Bryant who called police when older girls were attacking her - but goddamn why can't cops disarm a 16-year-old girl without pumping four shots into her chest within seconds of arriving? Just kidding. We know why.
Read More...
END_OF_DOCUMENT_TOKEN_TO_BE_REPLACED