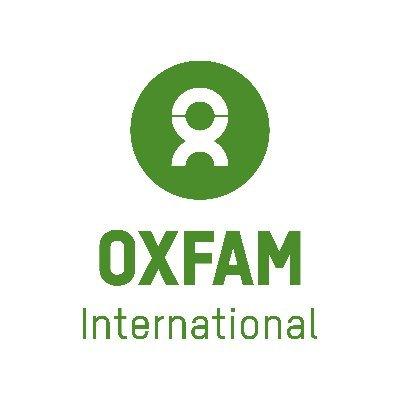 Despite there being more young people in the world today than ever before, they are excluded from decision-making and are the most vulnerable to economic crises, says a new Oxfam report.

Released to mark International Youth Day and as the World Social Forum gets underway, the report, 'Youth and Inequality: Time to support youth as agents of their own future', also shows how young people, especially women, are suffering from rising inequality across the world.

Despite there being more young people in the world today than ever before, they are excluded from decision-making and are the most vulnerable to economic crises, says a new Oxfam report.

Released to mark International Youth Day and as the World Social Forum gets underway, the report, 'Youth and Inequality: Time to support youth as agents of their own future', also shows how young people, especially women, are suffering from rising inequality across the world.

While the effects of the 2008 recession varied widely, young people were more consistently affected. 43 percent of the global youth labor force is still either unemployed or trapped in working poverty. They are also grappling with serious social, political and environmental problems inherited from their elders.

World leaders and civil society groups are seeking solutions to the issues young people face. From 2013 to 2014 there was a 50 percent increase in the number of countries with a national youth policy; today two thirds of countries have them. But few of the policies and initiatives are improving the participation of young people or providing opportunities for them.

"While our report focuses on youth hardship, it is also a call to governments to take young people seriously as they have a track record for initiating change for the benefit of all. Oxfam works with thousands of young people and we know how committed they are to building more equal communities for them and others. It's time to support them as agents of their own future," said Lina Holguin, Policy Director at Oxfam-Quebec.

Young people are increasingly at the forefront of political movements. From student organizers in Chile and Quebec to protests against corruption in Burkina Faso, Oxfam interviewed young women and men who are advocating for changes to close the gap between the richest and the rest.

"This report puts youth-led progressive change in the spotlight. As a young person, and someone researching youth livelihoods in Kenya, I feel it is important to show that youth around the world need much more than to be "taken care of" by governments and adults. We are the engine in the global fight against inequality and climate change, and as such governments should listen to, learn from, and work with us to create a more equitable future," said Jennifer Glassco, a PhD student at McGill University who co-authored the report with Oxfam.

Oxfam has brought over 100 young from around the world to this week's World Social Forum in Montreal to explore solutions to youth issues.

"The public, governments and civil society organizations should ally with young women and men to address the multiple inequalities they face. The energy, creativity and talents of empowered young people must be harnessed build a fairer world otherwise we will all lose out," said Holguin.

A Youth Manifesto will be unveiled on Saturday to the thousands of Forum attendees including social activist and writer, Naomi Klein and Malian author and campaigner, Aminata Traore, among others.