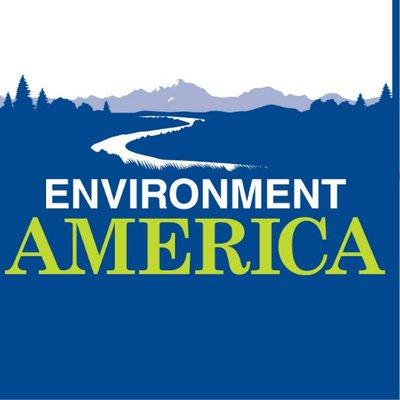 The battle to save our public lands has come to the gardens of Capitol Hill. More than 130 neighbors of U.S. Interior Secretary Ryan Zinke have put up signs in their front yards calling on the secretary to protect America's national monuments.

The battle to save our public lands has come to the gardens of Capitol Hill. More than 130 neighbors of U.S. Interior Secretary Ryan Zinke have put up signs in their front yards calling on the secretary to protect America's national monuments.

"Americans love hiking, camping and fishing in our national monuments and parks, and we want Secretary Zinke to keep our public lands safe from mining and drilling," said Christy Leavitt, a Capitol Hill resident and Conservation Outreach Director with Environment America Research & Policy Center. "We are his neighbors here on Capitol Hill and what matters most is whether he is going to be a good neighbor and steward to these treasured lands across the country."

"America is full of beautiful and special places that we should preserve and protect," said Alan Sherwin, a local resident. "We put a sign out because Secretary Zinke needs to continue to protect the national monuments he's been entrusted with."

In April, President Donald Trump directed Secretary Zinke to review 27 national monuments and decide whether the federal government should continue to protect them or open them drilling, mining, and logging.

In advance of the August 24 deadline for Secretary Zinke to make his recommendations to the president, millions of Americans have called on him to keep our national monuments protected. During a 60 day public comment period on the monuments, 2.7 million comments were submitted, 98% of which were supportive of maintaining or expanding current national monument boundaries.

Secretary Zinke's neighbors in Washington, DC represent the viewpoints of the vast majority of Americans. Environment America supporters around the country submitted tens of thousands of public comments in favor of protecting all of the country's national monuments. In 2014, Environment America collected more than 11,000 hand signed petitions in New Mexico while holding events with ranchers and parents and engaging students to support the creation of the Organ Mountains-Desert Peaks National Monument. In 2016, the organization worked to establish the Northeast Canyons and Seamounts National Monument by reaching out to thousands of activists and hundreds of small businesses to attend key events and call their Senators in a show of strong public support for the monument designation.

"We need to keep these lands protected for future generations," said Tappan Parker, organizer and Capitol Hill resident with Environment America Research and Policy Center. "That is why Secretary Zinke's neighbors are calling on him to protect our national monuments in the same way that past administrations have protected them: by leaving them just the way they are."