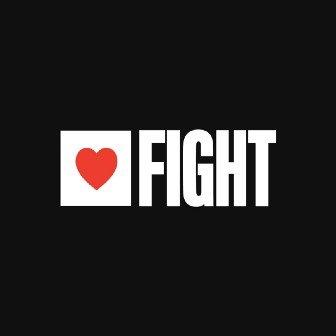 There have been a flurry of news reports this week that AT&T paid $600,000 to President Donald Trump's personal attorney, Michael Cohen, with the payments stopping in January, 2018 right after Trump's FCC chairman moved to repeal net neutrality, something AT&T had lobbied fiercely for. Today, it was announced that one of AT&T's top lobbyists is stepping down amid the scandal.

There have been a flurry of news reports this week that AT&T paid $600,000 to President Donald Trump's personal attorney, Michael Cohen, with the payments stopping in January, 2018 right after Trump's FCC chairman moved to repeal net neutrality, something AT&T had lobbied fiercely for. Today, it was announced that one of AT&T's top lobbyists is stepping down amid the scandal.

Fight for the Future, a nonpartisan digital rights group behind the largest online protests around net neutrality, issued the following statement, which can be attributed to Deputy Director Evan Greer (pronouns: she/her):

"These payments are sketchy as hell. AT&T paid hundreds of thousands of dollars to a sitting president's personal attorney, while that president's FCC chairman was actively handing AT&T everything they could ever want. Every member of Congress, regardless of political party, should be concerned about this and demanding answers. And every lawmaker now has an even greater responsibility to vote for the CRA resolution to ensure that net neutrality protections don't lapse while there's a thorough investigation into this corruption.

Given AT&T's long history of funding astroturf groups, making hefty campaign contributions to curry political influence, and paying for misleading ads to confuse the public, these payments to Michael Cohen should be seen as status quo, not an exception. A changing of the guard in their lobbying operation won't make a difference. This is a company that prefers to milk its political influence rather than innovate and provide better service to its customers.

The FCC's announcement this week that net neutrality rules will officially end on June 11th shows that AT&T got what they paid for. The overwhelming majority of people in this country want their lawmakers to vote to save net neutrality. Will our elected officials listen to us, their constituents? Or will they money that AT&T paid them in campaign contributions speak louder? The Senate CRA vote is a test of our democracy."

The Internet remains on Red Alert as the Senate heads toward a crucial vote to overrule the FCC's overwhelmingly unpopular repeal of net neutrality. Many of the most popular web services, as well as a broad coalition of small businesses and public interest groups, are participating in mass online protests rallying Internet users to contact their lawmakers.

See a gallery of screenshots of how sites and apps are participating here: https://imgur.com/a/UGn3gyP (will be updated throughout the week)

Thousands of other large and small websites are expected to join. Behind the push are Demand Progress, Fight for the Future, and Free Press Action Fund, the groups that run BattleForTheNet.com and have been responsible for the largest online protests in history. They've helped drive millions of phone calls, emails, and tweets to lawmakers in recent years.

The Senate is expected to vote on Wednesday.