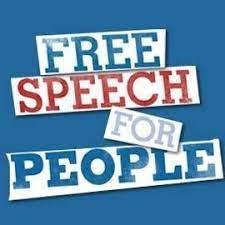 The statement urges the House of Representatives to take immediate action by 1) Subpoenaing John Bolton, Mick Mulvaney, and any other witnesses or documents previously contested by the White House--and litigate those subpoenas up to the U.S. Supreme Court, if necessary; 2) Re-open the impeachment inquiry to consider the full panoply of Trump's misconduct, as detailed in the "Impeachment For The People" document in November 2019; 3) Create and staff a new standing committee in the House for the defense of free and fair elections.

Read the full statement below:

The decision of 52 United States Senators to vote that President Donald Trump has not committed bribery or other high crimes or misdemeanors is a grave dereliction of duty that not only emboldens an increasingly unrestrained and lawless president, but endangers the survival of our constitutional democracy.

In the short term, the president has learned that he can use his office, and our money, to extort a foreign government into investigating or harassing his own political opponents for the sake of boosting his re-election prospects. And Trump has shown that he exploits these opportunities whenever possible. The nation should prepare itself for more of the same--some of which may lie behind the shadows, as Trump's effort to pressure Ukraine almost did--and be ready to respond immediately.

But the long-term damage is even worse. The president's defenders did not defend against the impeachment charges by arguing that the president was innocent of the acts of which he was accused. If the facts had been even ambiguous, let alone in his favor, he would have gladly encouraged his hand-picked chief of staff, national security advisor, and other staff to testify on his behalf. Instead, he blocked their testimony, with the complicity of his supporters in the Senate, because he knew that his own hand-picked advisors would incriminate him.

The worst part is that these Senators accepted the official defense presented by Trump's legal defense team: "If a president does something which he believes will help him get elected in the public interest, that cannot be the kind of quid pro quo that results in impeachment." This is a recipe for authoritarianism in service of the president's own re-election efforts, and it will not be the end of Donald Trump's impeachable misconduct.

We at Free Speech For People, with our allies, call on the House to take three immediate steps.

First, a committee of the House should subpoena John Bolton, Mick Mulvaney, and any other witnesses or documents previously contested by the White House--and litigate all the way to the U.S. Supreme Court if necessary. The president was successful in obstructing congressional proceedings in the fall, when the House desired to move forward expeditiously given the urgency of the danger, but now there is no reason not to proceed to complete America's knowledge of Trump's misconduct in the Ukraine scandal.

Second, the House should re-open its impeachment inquiry. These two articles of impeachment were far from Trump's only impeachable offenses to date. The re-opened impeachment inquiry should consider the full panoply of Trump's misconduct, as we laid out, with our allies, in "Impeachment For The People" in November 2019.

Third, the House should create and staff a new standing committee for the defense of free and fair elections. This committee should be prepared to address, in real-time and through both legislative and judicial venues, further attempts by President Trump to interfere with or unlawfully influence the 2020 presidential election, suppress the vote, abuse his office for political purposes, take other unlawful measures to disrupt a free and fair election, or take action to retaliate against opponents or violate citizens' constitutional rights in the days following the election.

The full statement can also be found here.

Free Speech For People is a national non-partisan non-profit organization founded on the day of the U.S. Supreme Court's ruling in Citizens United v. FEC that works to defend our democracy and our Constitution.

freespeechforpeople.orgPress PageAction Page
SIGN UP FOR OUR NEWSLETTER
Quality journalism. Progressive values. Direct to your inbox.
Follow Us
LATEST NEWS