SANTA BARBARA, Calif. - The closure of Plains All American Pipeline’s coastal California oil pipeline after it ruptured four years ago has prevented massive emissions of climate pollution. If the seven offshore drilling platforms served by the pipeline had not gone idle, they would have added 27 million metric tons of carbon dioxide pollution to the atmosphere. That’s roughly equivalent to operating two coal-fired power plants in California over the same period — or burning almost 30 billion tons of coal.

This weekend marks the fourth anniversary of the May 19, 2015 Plains pipeline failure that released more than 120,000 gallons of oil near Refugio State Beach, killing hundreds of birds and marine mammals. The Center for Biological Diversity calculated the global warming benefit of halting oil production off the Santa Barbara coast in 2015 based on the pipeline’s average throughput of 43,189 barrels of oil per day since 2000. In the four years since the pipeline went offline, an estimated 2.65 billion gallons of oil stayed in the ground beneath these platforms.

Plains All American Pipeline, which a Santa Barbara jury found criminally liable for the failure of its severely corroded pipeline, has applied to build a new pipeline along the same route to bring ExxonMobil’s three offshore oil platforms back online. In the interim, ExxonMobil is also seeking to restart its platforms by trucking oil through California. The other four offshore platforms shuttered by the spill are being decommissioned.

“California is better off without offshore oil drilling, and so is our atmosphere,” said Miyoko Sakashita, ocean program director at the Center. “Building a new coastal oil pipeline would be like building a coal-fired power plant in Southern California. It makes no sense when California needs to lead on climate. We need to end offshore drilling, not bring it back to life with another dirty oil pipeline.”

Oil pipelines regularly fail in California. Federal pipeline data shows there were 707 pipeline incidents in California since 1986. These incidents killed nine people and spilled more than 9 million gallons of oil.

“Plains doesn’t deserve another chance to spill again,” Sakashita said. “We need to learn from this disaster, not repeat it.”

Map and video are available for media use. 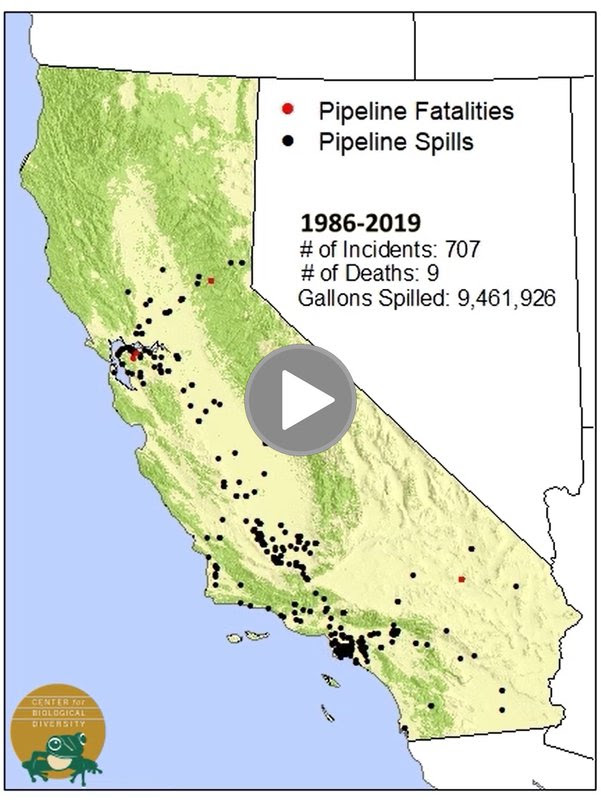 Since 1986 there have been 707 pipeline incidents in California that have resulted in 9 deaths and 9 million gallons of oil spilled.

Less than shockingly, persistent Mexicans have found another cheap, smart, handy way to scale Trump's "beautiful" and "impregnable" border wall. Having breached the stupidity with ladders, power tools, free climbing, at least one car and Mother Nature - a gust of wind - aspiring migrants are making camo, hook-and-ladder rigs from lightweight rebar used in building and (LOL) the wall itself. Cost: 99 pesos, or $5.34, at the Hágalo hardware store. Translation: Do It Yourself.
Read More...
END_OF_DOCUMENT_TOKEN_TO_BE_REPLACED