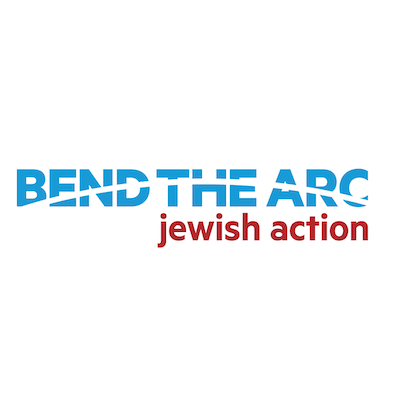 Justice Jackson’s qualifications and perseverance drew a sharp contrast with the GOP’s onslaught of racism, dog-whistles, and conspiracy theories

Bend the Arc: Jewish Action released the following statement on Thursday in response to Justice Ketanji Brown Jackson being confirmed as the first Black woman justice on the U.S. Supreme Court:

"Justice Jackson's confirmation is a milestone for the representation of Black women in our democracy -- in bringing our county closer to its unfulfilled promise of equality her achievement elevates all of us," said Rabbi Jason Kimelman-Block, Washington Director of Bend the Arc: Jewish Action. "Throughout the confirmation process, Justice Jackson has shown an unwavering commitment to protecting civil rights and valuing the lived experiences of all people in America, no matter their race or background -- and we join her in celebrating this monumental step toward equal justice for all."

"Justice Jackson's composure and perseverance drew a sharp contrast with the onslaught of overt racism, coded dog-whistles, and QAnon-fueled conspiracy theories which Justice Jackson endured from right-wing politicians and media in recent weeks. These senators' behavior laid bare their party's reliance on the racist politics of white grievance, manufacturing fear and misinformation to push their unpopular views, and embracing authoritarian notions of justice. The normalization of this behavior as 'politics as usual' by many media outlets was disheartening for all who care about justice, truth, and the future of our democracy."

"We will not allow outrageous, distracting bad faith attacks to diminish our celebration of Justice Jackson's confirmation. And we will continue to fight for a Supreme Court and judiciary that doesn't pick and choose whose rights they care about but upholds a system that puts equal justice first. We will continue to push President Biden and our senators to nominate and confirm fair-minded judges from diverse backgrounds at all levels who are committed to civil and human rights."

Bend the Arc is where progressive American Jews join together to fight for justice and equality for all. We are the only national Jewish organization focused exclusively on progressive social change in the United States.

(212) 213-2113
www.bendthearc.usPress PageAction Page
SIGN UP FOR OUR NEWSLETTER
Quality journalism. Progressive values. Direct to your inbox.
Follow Us
LATEST NEWS

Lula's comments came as a former ally of Bolsonaro alleged that the former president attended a private meeting where a plan to keep him in office was discussed.

The president, who is known as Lula, toldRedeTV! Thursday that he believes Bolsonaro "prepared the coup."

Nevada Democratic Party Chair Judith Whitmer, the lead sponsor of the resolution, said that dark money is "being used to silence the voices our party most needs to hear."

For the second time in less than five months, the Democratic National Committee's resolutions panel refused Thursday to allow a vote on a proposed ban on dark money in the party's primaries, despite substantial support for the change among DNC members and prominent progressive lawmakers.

Judith Whitmer, the chair of the Nevada Democratic Party and lead sponsor of the dark money resolution, wrote on Twitter that "these funds are being used to exclude, not empower."

Rep. Ilhan Omar vowed Thursday that the House GOP's vote to remove her from the chamber's foreign affairs panel would not stop her from criticizing Israel's treatment of Palestinians, a pledge that came after the Israeli government carried out its latest bombing campaign in the occupied Gaza Strip.

"My critique of our foreign policy, Israel's policy towards Palestinians, or that of any foreign nation will not change," Omar (D-Minn.) wrote in a Twitter post following passage of a Republican resolution forcing her off the House Foreign Affairs Committee—a seat she has used to speak out against human rights violations and demand accountability for war crimes, including those committed by the U.S. and Israel.