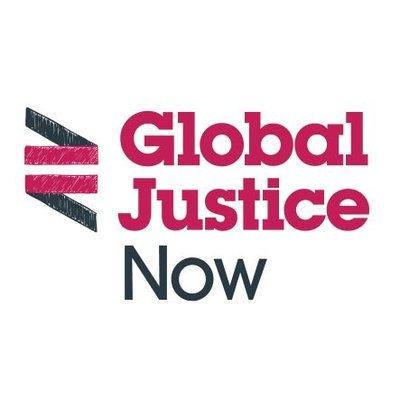 Campaign group Global Justice Now has warned there are just months to stop 'TTIP on steroids' as the latest round of trade talks between the United States and United Kingdom governments begins in London.

While any trade deal resulting from the talks would not come into effect until after Brexit, the campaigners warn that the new Trade Bill, tabled last week, will give the UK government sweeping powers to agree an eventual deal with the Trump administration without MPs having the power to stop it. They fear the UK's weaker bargaining position after Brexit will lead to an even worse deal on crucial issues like food standards, private access to public services, and corporate courts than that offered by TTIP, the EU-US trade deal that was scuppered last year after mass opposition across Europe. (1)

Nick Dearden, director of Global Justice Now, said:
"A trade deal with Trump will see Britain getting the worst possible deal - it has a poor negotiating hand and we have, in Liam Fox, a Trade Secretary who agrees with Trump on deregulation of food and public services. So we're looking at TTIP on steroids here.

"What's worse is that MPs currently have no ability or right to scrutinise what Liam Fox is up to. They don't even have the right to know when or where trade meetings are happening. This is a long way from 'taking back control'. Fortunately MPs have a few months now to amend the Trade Bill and give themselves full democratic power over trade policy. If they fail to do this, we will see our rights, standards and protections increasingly traded away with no transparency or accountability."

Last week US commerce secretary Wilbur Ross made clear that a quick trade deal with the Trump administration would require the UK to give up regulatory standards on things like chlorinated chicken and GM foods. At the G8 in June, Trump told May he wanted to do a "very big, very powerful" trade deal with the UK "very very quickly". (2)

Trade secretary Liam Fox was criticised last week for tabling his Trade Bill before Parliament the morning after the closure of a public consultation on its contents. He was accused of 'making a mockery of democracy' after more than 60,000 people submitted objections to the trade white paper, and multiple organisations and academics made detailed submissions, only to find that the bill was rushed out the following morning. Parliamentary managers are due to announce the date of the second reading of the bill later today. (3)

More than 100 MPs from all opposition parties, as well as the DUP, have signed EDM 128 calling for a range of measures to subject trade deals after Brexit to proper parliamentary scrutiny. It is the third most popular motion out of over 500 in the session. Global Justice Now is a member of the Trade Justice Movement, which will be launching its Trade Democracy campaign in Parliament on Tuesday 21 November. (4)

Global Justice Now is a democratic social justice organisation working as part of a global movement to challenge the powerful and create a more just and equal world. We mobilise people in the UK for change, and act in solidarity with those fighting injustice, particularly in the global south.

020 7820 4900
www.globaljustice.org.ukPress PageAction Page
SIGN UP FOR OUR NEWSLETTER
Quality journalism. Progressive values. Direct to your inbox.
Follow Us
LATEST NEWS