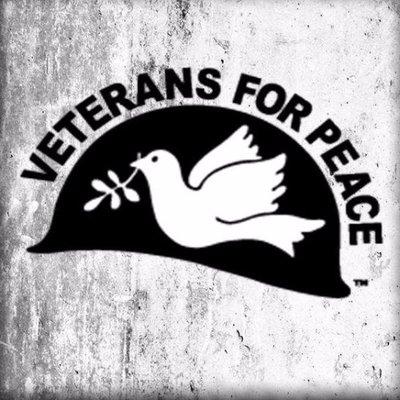 Veterans For Peace Demands Apology From Secretary of State

Just minutes after Secretary Clinton began a speech lauding freedom of the internet, two security personnel forcefully removed an audience member wearing a Veterans For Peace t-shirt who had silently stood and turned his back to her. Ray McGovern, a 71-year old veteran, and former CIA analyst was violently grabbed and forcibly removed from the auditorium in direct view of Mrs. Clinton. According to Mara Verheyden-Hilliard, attorney with the Partnership for Civil Justice Fund, "For this peaceful expression of dissent, he ended up bruised, bloodied, arrested, and jailed. Secretary Clinton never paused, continuing her speech lecturing other countries about the need to allow freedom of expression and dissent, while Mr. McGovern was hauled out in front of her."

Mr. McGovern is covered with bruises, and the metal handcuffs were fastened so tightly that his wrists were cut and bloody. After being held by local police, he was told that he was being charged with "disorderly conduct."

We asked Ray for a quick statement after his release. He wrote:

"I find myself wondering if this show of brutality may be a signpost on a path to even wider and more brutal repression. I have been comparing what happened during Clinton's speech Tuesday with my four-minute mini-debate with Donald Rumsfeld on May 4, 2006 in Atlanta (https://www.youtube.com/watch?v=MInHphR4zBg). Halfway through, Rumsfeld gives the nod to a black-hatted security fellow to elbow me away from the microphone.

I shout, 'So this is America.' Rumsfeld takes one look at the TV cameras streaming live, makes a snap decision, and tells the security fellow to let me stay. During that same speech in Atlanta, one fearless witness stands dead-center in the audience with his back to Rumsfeld for the entire speech and is not bothered, much less beaten and jailed.

The contrast between the experience of May 2006 and February 2011 can be viewed through the prism of the proverbial 'boiling frog.' There does seem to be a subtle but successful campaign to get people gradually accustomed to increasingly repressive measures; and many, perhaps most, Americans seem oblivious.

After 9/11 Norman Mailer saw a 'pre-fascist climate' reigning in America. If we don't stand up for our rights, it may not be long before we shall have to drop the 'pre.'"

Veterans For Peace is proud of our member Ray McGovern, whose simple, dignified action speaks volumes about the power of non-violence. We abhor the actions of the security personnel who reacted violently and in flagrant violation of Mr. McGovern's First Amendment rights. We also deplore the indifference of Secretary Clinton who didn't bat an eye and we demand that she apologize for her silence and hypocrisy. Most importantly, we call on the American public to wake up to the dark reality of what this country has become...a place where civil liberties and freedom of expression are becoming increasingly endangered, and the government's response to every situation is intimidation and force.

Veterans For Peace is a global organization of Military Veterans and allies whose collective efforts are to build a culture of peace by using our experiences and lifting our voices. We inform the public of the true causes of war and the enormous costs of wars, with an obligation to heal the wounds of wars. Our network is comprised of over 140 chapters worldwide whose work includes: educating the public, advocating for a dismantling of the war economy, providing services that assist veterans and victims of war, and most significantly, working to end all wars.

(314) 725-6005
www.VeteransForPeace.orgPress PageAction Page
SIGN UP FOR OUR NEWSLETTER
Quality journalism. Progressive values. Direct to your inbox.
Follow Us
LATEST NEWS