WASHINGTON - A final environmental impact statement released by the U.S. Forest Service claims that a proposed Lee Canyon Ski Area expansion is “likely to be beneficial” for the endangered Mount Charleston blue butterfly despite crisscrossing its most important habitat with a network of high-speed downhill mountain biking trails and a mountain coaster.

“This finding is totally bizarre and runs absolutely counter to what we know harms these butterflies,” said Patrick Donnelly, Nevada state director at the Center for Biological Diversity. “Instead of relying on the best available science, this analysis comes to the shocking conclusion that this massive project would somehow benefit Mount Charleston blue butterflies. Talk about Orwellian doublespeak.”

The Center has been fighting to save the Mount Charleston blue butterfly for a decade. In that time occupied habitat for the butterfly has decreased in part due to recreational developments in the Lee Canyon area. The butterfly was listed as endangered under the Endangered Species Act in 2013, and much of upper Lee Canyon was protected as its critical habitat in 2015.

The entirety of the proposed expansion project area is within the critical habitat for the butterfly. Peer-reviewed science suggests that significant fragmentation of butterfly habitat can threaten the viability of populations.

Earlier this year the Center announced its intent to sue the U.S. Fish and Wildlife Service over its consultation of the Forest Service’s final environmental impact statement under the Endangered Species Act. The Center argued that the Fish and Wildlife Service’s finding that the massive industrial recreation development would not jeopardize the continued existence of the butterfly and would not adversely modify its critical habitat was arbitrary and capricious.

“Recreational developments approved by the Forest Service have already reduced the butterfly’s habitat and are the reason it’s on the endangered species list to begin with,” said Donnelly. “There’s a global extinction crisis, and now we find it at our back door on Mount Charleston. We’re not going to let them drive this butterfly extinct. We’re going to use all of the tools at our disposal to stop this reckless project from moving forward.” 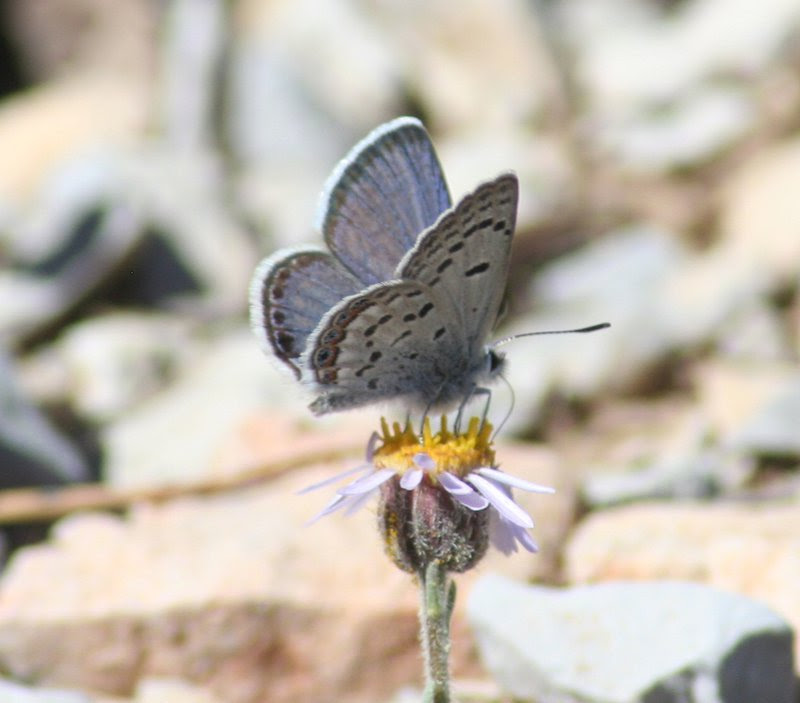 Tina Smith
I've Made Up My Mind: The US Senate Must Abolish the Filibuster
END_OF_DOCUMENT_TOKEN_TO_BE_REPLACED

Banksy's newest, a two-fer Oscar Wilde tribute and call for prison reform, shows a prisoner climbing down bedsheets ending in a typewriter from Reading Gaol, known for housing Wilde during his two years' hard labor for "gross indecency" - being gay. Video juxtaposes Banky creating it with TV artist Bob Ross burbling about freedom; both are haunted by Wilde's final searing poem about the cruelty and bleakness of life behind bars: "Something was dead in each of us/and what was dead was hope."
Read More...
END_OF_DOCUMENT_TOKEN_TO_BE_REPLACED