SANTA BARBARA, Calif. - The failure of Plains All American Pipeline’s coastal California oil pipeline five years ago prevented massive emissions of climate pollution. If the seven offshore drilling platforms served by the pipeline had not gone idle, they would have added 33.9 million metric tons of carbon dioxide pollution to the atmosphere.

That’s roughly equivalent to operating two coal-fired power plants in California over the same period — or to burning more than 37 billion tons of coal.

Tuesday marks the fifth anniversary of the May 19, 2015 Plains pipeline failure that released more than 120,000 gallons of oil near Refugio State Beach, killing hundreds of birds and marine mammals. ExxonMobil is now trying to restart its three platforms and transport that oil, using up to 70 tanker trucks per day on California highway — a project Santa Barbara County is considering this summer. The other four offshore platforms shuttered by the spill are being decommissioned.

“California is better off without drilling for oil from these polluting platforms, and so is our climate,” said Kristen Monsell, oceans legal director at the Center for Biological Diversity. “Santa Barbara County shouldn’t allow ExxonMobil to restart its offshore drilling operations and endanger Californians.”

The Center calculated the global warming benefit of halting oil production off the Santa Barbara coast in 2015 based on the pipeline’s average throughput of 43,189 barrels of oil per day since 2000. In the five years since the pipeline went offline, an estimated 3.3 billion gallons of oil stayed in the ground beneath these platforms.

Plains All American Pipeline, which a Santa Barbara jury found criminally liable for the failure of its severely corroded pipeline and delays in reporting the oil spill, leading to a $3.3 million fine, has applied to build a new pipeline along a similar route. The draft environment impact report for that project is expected to be released later this year. 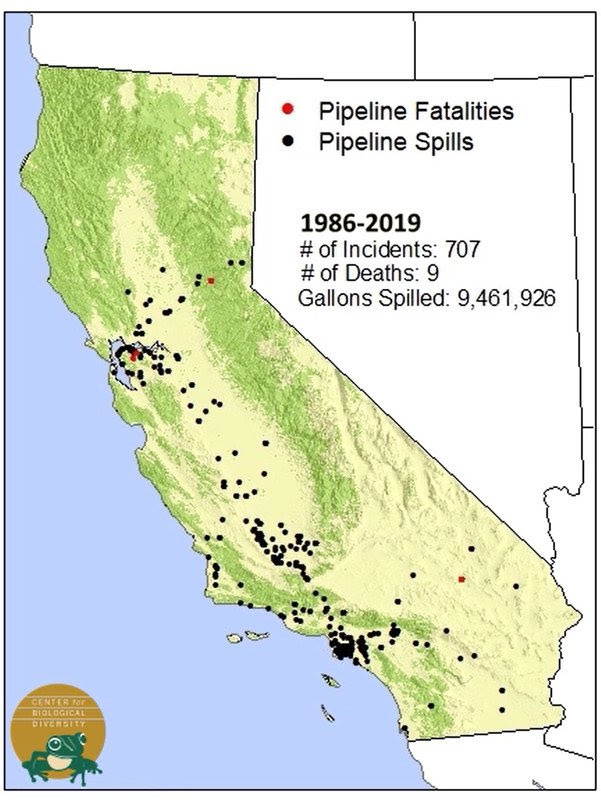 “On the anniversary of this deadly oil spill, in the middle of a public health crisis, Santa Barbara should embrace a clean energy future,” Monsell said. “We need to end offshore drilling, not bring it back to life with another dirty oil pipeline.”

Laura R. Olson
Trump’s Use of Religion Follows Playbook of Authoritarian-leaning Leaders the World Over
END_OF_DOCUMENT_TOKEN_TO_BE_REPLACED

Prepping for Saturday's protests in D.C., Mayor Muriel Bowser went for the grand gesture - and a symbolic middle finger to the racist cowering in the White House - and had "Black Lives Matter" painted in yuge yellow letters on the city's main drag. Bowser's action, aimed at recognizing the thousands in the streets "craving to be heard and to be seen," was criticized by some activists as "performative distraction," but many celebrated it as a vital tribute: "We are saying it loud. We are here."
Read More...
END_OF_DOCUMENT_TOKEN_TO_BE_REPLACED