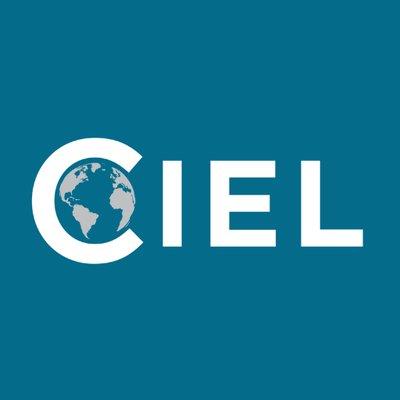 "The implications of this case extend far beyond the borders of Massachusetts," says Carroll Muffett, President of the Center for International Environmental Law (CIEL). "For the first time Exxon is being sued for both misleading investors and deceiving consumers. Dozens of other US states, as well as countries around the world, have consumer protection laws similar to the act under which Massachusetts is suing ExxonMobil. This case will be a testing ground for similar cases to hold the company accountable for climate deception moving forward, and we can expect many more cases to come."

The case comes two days after a historic trial against Exxon began in New York and three years after the Massachusetts Attorney General filed a Civil Investigative Demand requesting documents related to Exxon's early knowledge of and actions on climate change. Exxon made numerous attempts to stop today's lawsuit from being filed beginning with suing the Massachusetts Attorney General and just last week trying to delay the case until after the conclusion of New York's case against the company, a request that was denied by a judge earlier today.

Echoing what CIEL has said before, the MA Attorney General's suit draws parallels between Exxon's deception and the conduct of the tobacco industry, even going so far as to highlight the similarities of misleading industry advertisements insinuating that their products are greener or healthier even though fossil fuel use and smoking cigarettes are both harmful to human health. What is clear, is that for decades Exxon has known that its products contribute to climate change, even the ones that were deemed more efficient. The case details a history that Rep. Alexandria Ocasio-Cortez summed up at a Congressional Hearing of the Oversight & Reform Committee yesterday: "So they knew."

The MA Attorney General case is trying to hold the company liable under the state's Consumer Protection Act, which protects the people of Massachusetts from a company's deceptive practices. Though the company is headquartered in Texas, Massachusetts courts have previously found that they have jurisdiction due to the connections Exxon has to the state, including through its standard franchising agreements, through which Exxon controls the advertisements of its products in the state. This complaint lays out Exxon's years of knowledge about its products' impacts on climate change, its attempts to undermine climate action, and its deception, including through misleading advertisements about its products and its actions, and greenwashing efforts designed to deceive Massachusetts consumers.

"The fact that courts recognize jurisdiction based on Exxon's standard franchise agreement sets a precedent that could be used in nearly every state where Exxon has used that standard agreement," says Muffett.

The case draws on evidence of Exxon's long history of climate denial unearthed by CIEL, Inside Climate News, and the Los Angeles Times, among others. In 2017, CIEL releasedSmoke & Fumes: The Legal and Evidentiary Basis for Holding Big Oil Accountable for the Climate Crisis, which further built out the legal basis for holding oil companies legally accountable for their early knowledge of climate change and campaigns to mislead the public.

Since 1989, the Center for International Environmental Law (CIEL) has worked to strengthen and use international law and institutions to protect the environment, promote human health, and ensure a just and sustainable society.

ciel.orgPress PageAction Page
SIGN UP FOR OUR NEWSLETTER
Quality journalism. Progressive values. Direct to your inbox.
Follow Us
LATEST NEWS