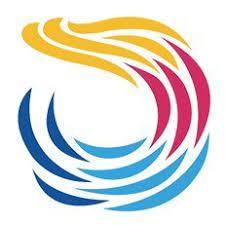 New Report Finds that a "Delinquent Dozen" Pandemic Profiteers Failed Essential Workers and Forced Them to Risk Their Health, While Still Profiting Immensely

Owners and CEOs of Retail Giants Studied Include Amazon, Target and Walmart

A new report finds that the pandemic has been a cash cow for billionaires while essential workers went underpaid, unsupported and forced to risk their health at corporations owned or operated by billionaires.

As the total wealth of America's billionaires rose by almost $1 trillion under the COVID-19 pandemic, the report, "Billionaire Wealth vs. Community Health," looked at a "Delinquent Dozen" companies that have vastly increased fortunes for their owners and CEOs but provided inadequate protection for their workers. This week retailers are expecting a surge in revenue due to their heavy promotion of Black Friday and Cyber Monday sales. The report was published by Institute for Policy Studies (IPS), United for Respect and Bargaining for the Common Good Network.

Ten of the billionaire owners of seven of these Delinquent Dozen Companies have a combined wealth of $433 billion. Since March 18, 2020, their combined personal wealth has increased $127.5 billion, an increase of 42 percent. These ten billionaires are Jeff Bezos (Amazon), Alice, Rob and Jim Walton (Walmart), Apoorva Mehta (Instacart), John Tyson (Tyson Foods), Steve Schwarzman (Blackstone), Henry Kravis and George Roberts (KKR), and Steve Feinberg (Cerberus). The report authors portray these billionaires and their companies as emblematic of corporate greed that has grown rampant over the last 40 years.

Key findings of the report include:

The report also found that the owners of certain private equity firms have seen their fortunes surge. The report points out that private equity has moved into essential services such as health care, grocery provision and pet supply. And the report authors say that the business model of extreme cost cutting and debt loading in order to squeeze profits out of already profitable companies is fundamentally incompatible with the needs of protecting workers and communities during a pandemic. The report found that:

Kenya Slaughter, an employee of Dollar General, owned in part by BlackRock, said, "I close the register many nights, so I know my store's revenue has practically doubled since the coronavirus hit. But we workers haven't gotten any extra money, even though we're risking our health, and our families' health, to keep the stores running."

"While Amazon's Jeff Bezos is on track to become the world's first trillionaire, the frontline workers like me who've built his fortune are treated like we're disposable," said Courtenay Brown, an Amazon Fresh warehouse worker in New Jersey and leader with United for Respect. "As the virus spikes, we get more and more orders, and Amazon expects us to work at inhumane rates. The pace is blistering and people get injured on the job a lot, people get sick, people are scared of catching COVID, and Amazon is not doing enough to protect our lives. It's time for Amazon's workers to get some actual compensation for the essential work we're doing -- we don't need feel-good TV commercials thanking us for being heroes, we need $5 an hour in hazard pay, paid sick leave, and workplace protections from this dangerous virus."

"Our communities are suffering. We've lost jobs, homes, loved ones and nearly 250,000 people in this country. This pandemic has underscored how our inequitable, racist system works," said Stephen Lerner, Senior Fellow, Kalmanovitz Initiative for Labor and the Working Poor, Georgetown University, and focused on Bargaining for the Common Good Network. "Essential workers keep going to work because they don't have any other choice. The executives of these companies, who are multi-millionaires and billionaires already, enrich themselves and their companies, profiting enormously while their workers suffer and die. It's time to protect workers and our communities and end a system that lets workers die while the billionaires get richer," he said.

"I have gone from making a reasonable income to questioning my ability to put food on the table, all while Instacart rolls out more and more public statements to fool consumers," said Shenaya Birkel, an Instacart employee. "While our economy is at risk due to quarantine, Instacart is cashing in more than ever. They had a huge opportunity to prove they care about the essential workers who do what their corporate employees would never do: shop in stores with COVID-19 floating around everywhere. Instead, they refused to offer hazard pay, over-hired, and actually decreased pay. It's time we get treated according to the risk we are facing every day," she said.

"These billionaire owners are like military generals sitting in protected bubbles sending their workers into the viral line of fire with insufficient shields," said Chuck Collins from the Institute for Policy Studies and co-author of the report along with an earlier IPS report, Billionaire Bonanza 2020. "It is sordid and unseemly for some to reap such rewards when millions risk their lives, their long-term health, and their livelihoods."

Charlene Haley, an employee of Safeway, which is owned by Cerberus Capital, said, "I go to work every day wondering if I am going to become infected, and my co-workers and I will continue to be at risk until a vaccine is widely available. We should receive hazard pay for as long as the hazard exists."

Policies needed to target the pandemic profiteering of millionaires, billionaires and exploitative businesses such as private equity firms, include:

Institute for Policy Studies turns Ideas into Action for Peace, Justice and the Environment. We strengthen social movements with independent research, visionary thinking, and links to the grassroots, scholars and elected officials. I.F. Stone once called IPS "the think tank for the rest of us." Since 1963, we have empowered people to build healthy and democratic societies in communities, the US, and the world. Click here to learn more, or read the latest below.