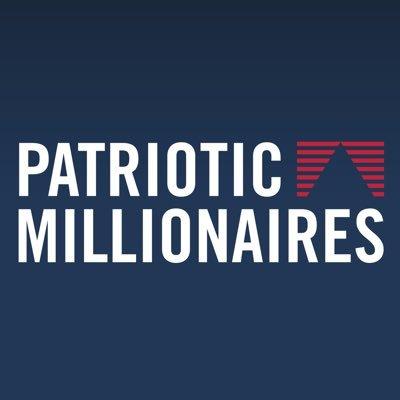 "The Patriotic Millionaires applaud Governor Cuomo for his bold leadership on minimum wage. This is exactly the kind of visionary economic thinking we need in this country because a $15 statewide minimum wage will improve the lives of the hard-working citizens of New York and positively impact the economy of the entire state. We look forward to working with the governor to make this proposal a reality," said Morris Pearl, Chair of the Patriotic Millionaires.

Members of the Patriotic Millionaires also released the following statements for publication:

"Governor Cuomo has taken an important step forward in implementing a living wage in New York. Few things are as important to addressing the income inequality issue than raising the minimum wage. This action was bold leadership on the governor's part and will set the tone for the wage debate moving forward," said Patriotic Millionaire Keith Mestrich, CEO of Amalgamated Bank.

"Great to see Governor Cuomo work to raise the minimum wage is to $15.00 in New York, and also eliminate the separate lower minimum wage for a profession, namely food servers, that is majority women. It is a pleasure to see New York join Alaska, Montana, California and numerous other states in totally getting rid of the loophole that up to now has allowed restaurant owners to pay their women workers less than the minimum wage," said Patriotic Millionaire Steve Silberstein, Founder of Innovative Interfaced.

"We enthusiastically support Governor Andrew Cuomo's proposal for a statewide minimum wage of $15 an hour. Some 32 years ago, another New York Governor, Mario Cuomo, spoke with passion and eloquence about America being two nations - one for the affluent and comfortable, the other for the poor and those struggling to survive. I am sure Mario Cuomo is joyfully shouting today, 'Go get 'em Andrew,' as his son carries on his proud tradition," said Patriotic Millionaire Fred Rotondaro, Chair of Catholics in Alliance for the Common Good.

The Patriotic Millionaires formally support a national $15 minimum wage and have detailed their position in their book, "Renegotiating Power and Money in America" which can be read here.