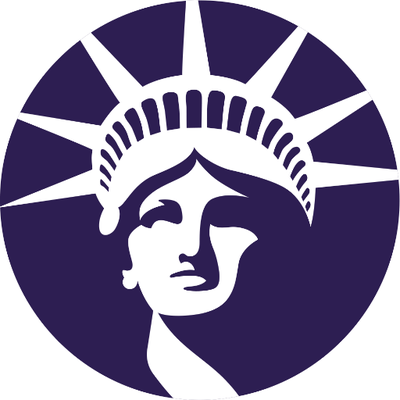 In a referendum on the misogynistic, compassionless president, and increasing attacks on our reproductive freedom, women turned out at the polls and

In a referendum on the misogynistic, compassionless president, and increasing attacks on our reproductive freedom, women turned out at the polls and matched their previous high turnout in a midterm to elect Democrats in the House and governors across the country. This gives Democrats a chance to block and tackle the administration's anti-choice agenda by taking away their supermajority with a pro-choice House.

With Roe under threat, it will be up to state governments and their Governors to hold the line and keep the protections of Roe intact. State legislatures in Massachusetts and Oregon have repealed pre-Roe bans on abortion. With Gretchen Whitmer and Michelle Lujan Grisham as incoming governors, Michigan and New Mexico are poised to repeal their pre-Roe bans on abortion as well.

In Michigan, a state whose reproductive rights access is classified as "severely-restricted," a pro-choice governor could be instrumental in the repeal of mandatory delay and biased counseling restrictions, in addition to repealing the state's pre-Roe ban. For more info on Michigan, click here.

Kansas, a state with "severely restricted" reproductive rights access, could see tremendous improvement in Kansans' access to reproductive rights through the repeal of both mandatory delays and biased counseling laws. For more info on Kansas, click here.

In Minnesota, the governor could also influence a repeal of restrictions on abortion access, including biased counseling and mandatory delay policies. For more info on Minnesota, click here.

In Maine, pro-choice leadership could repeal restrictions on who may provide abortion services, as well as policies that restrict certain women's ability to access abortion care. For more info on Maine, click here.

Voters also ushered in pro-choice victories at the state level which included:

2. Candidates who ran for the U.S. House on values such as reproductive freedom, access to affordable healthcare, the ability for women to make their own private health decisions, and women's equality had support from Americans in both traditionally red and blue states.

The House now a pro-choice majority. Support for Roe v. Wade is at an all-time high, with 71% of American voters believing that Roe should not be overturned. Seventy-one percent of independent voters and 83 percent of Democratic voters in the midterm election favor keeping Roe as it is, according to early results from an NBC News Exit Poll.

Majorities of white, black, and Latinx adults support legal abortion. We also know that 86% of Democratic voters, overall, oppose limiting abortion access. Investing in, engaging, and turning out these base voters has been, and will be, key to more victories in the future.

According to a recent Gallup poll, 74% of registered voters say the way that women are treated in US society is "extremely/very important" to them. A recent PRRI survey found that nearly half (47 percent) of Democrats said abortion is a critically important issue to them personally; 40 percent of Republicans said the same. That represents a dramatic 14 point swing since 2015. Democrats are almost twice as likely today to rate the issue as critical as they were in 2011.

A NARAL Suburban Women Polling Memo conducted by Public Policy Polling on behalf of NARAL Pro-Choice America found that a majority suburban women in key Congressional districts support abortion access, and are more likely to vote for candidates that will protect reproductive freedom. In fact, 78 percent of suburban women, a majority across all political parties, in key Congressional districts believe politicians should not prevent a woman from having an abortion if she chooses. Suburban women are turning their backs on the Republican party, in part to take control of Congress away from Trump.

This year's candidates were, as the New York Times said, "among the most diverse set to run in the history of the United States." More than a quarter of all the candidates who ran this year were female, including 84 women of color -- a 42 percent increase from 2016. In fact, white males made up 58% of the candidate pool, the lowest percentage in the last four elections.

3. Women voted in record numbers on a historically diverse set of candidates

Preliminary results show that 52 percent of voters were women, matching their previous high in a midterm from 2010. Exit polls also show that suburban women (which are growing increasingly more diverse) were divided 54-44 percent between Democratic and Republican House candidates. While white women swung left overall, they were instrumental in electing Ted Cruz with 59% of white women voting for Cruz and 94% of black women and 66% of Latino women voting for Beto O'Rourke.

The success of Abby Finkenauer and Cindy Axne means that they will be the first two women to ever represent Iowa in the House. Iowa is now controlled by a majority of female legislators at the federal level.

Republicans in traditionally secure seats had to fight this year.

Democrats also saw important gains at the state level. Maine, Michigan and Minnesota, three states that swung to the right in 2016, saw gubernatorial races that remained comfortably blue throughout the election. In July, the Democratic Legislative Campaign Committee identified 17 key races where Democrats could flip eight state legislatures. Democratic wins like Virginia's powerful 2017 flip, will be critical to protect women if Roe v. Wade is overturned, and will pay dividends in fights for Medicaid expansion, protecting labor rights, and correcting harmful gerrymandering after the 2020 census.

4. NARAL's members were involved in this election like never before

NARAL members made over 1.1 million calls to voters in phone banks all across the country, knocked on nearly 350,000 doors, sent almost 2 million pieces of mail, made more than 343,000 text messages and held postcard parties, debate watch parties, and rallies in dozens of states.

NARAL members vote at rate of 90 percent, so much of NARAL's $5 million election program focused on not only mobilizing our members but expanding the number of pro-choice voters. NARAL's "Pro-Choice Majority Makers" program included TV and digital advertising, direct mail, and a campaign to educate and engage suburban women voters across the country to help them understand what's at stake if abortion is criminalized by anti-choice politicians.

Of the 31 House Democratic candidates who successfully flipped seats from Republicans, NARAL endorsed 28.

5. The Senate Was Always Slated to Stay in Republican Control, and the Kavanaugh battle contributed to this year's "Year of the Woman" in the House

There were 35 Senate seats up this election cycle. In order to flip the Senate, Democrats had to hold on to all 26 of their seats and win two of the nine Republican-held seats. Only one of those Republican seats was from a state that went to Hillary Clinton in the 2016 election, while 10 of the Democratic seats were in states that went to Trump. Democrats were victorious in the Nevada Senate race with the election of Jacky Rosen and the Montana Senate race with the re-election of Jon Tester.

Exit polls show midterm voters opposed Kavanaugh's confirmation 48-43, showing that Kavanaugh's confirmation directly led to Democratic victories in the House driven by women candidates who were elected by historic numbers. The number of women elected candidates was even higher than 1992's "Year of the Woman" that was motivated by the Anita Hill. The margins by which Democrats who voted against Kavanaugh and lost their race (Heitkamp lost by 11, Donnelly by 10, McCaskill by 6) show that many factors contributed to their losses.

NBC and the Wall Street Journal found that 71% of American voters believe that Roe should not be overturned, meaning that support for Roe has reached an all-time high. According to an Axios poll, 8 in 10 white suburban women support access to abortion as well.

Roe v. Wade was a critical pressure point during the Kavanaugh confirmation, which was only 30 days from the midterm elections. Seventy-one percent of independent voters and 83 percent of Democratic voters in the midterm election favor keeping Roe as it is, according to early results from an NBC News Exit Poll. This attention to pro-choice values and the threats against women's reproductive freedom will pay dividends in this and future elections.

The Kavanaugh battle energized Democratic voters more than Republican voters, particularly women, who were instrumental in Democratic victories across the country, up and down the ballot.