WASHINGTON - The Center for Biological Diversity filed a petition today seeking protection for the shortfin mako shark and warty sea cucumber under Mexico’s Standard NOM-059-SEMARNAT-2010, the nation’s list of species at risk. The Mexican fishing industry catches thousands of both species every year.

Today’s legal action seeks protections under NOM-059 outside the normal window that Mexico’s Secretariat of Environment and Natural Resources (Semarnat) formally opens to receive such proposals. Semarnat opens the process for species proposals every five years, though the agency typically fails to meet even that extended schedule. Semarnat’s practice creates long delays in species’ protections.

“These animals are in serious trouble, and they can’t wait years for the Mexican government to consider whether they deserve protection,” said Alejandro Olivera, senior scientist and Mexico representative for the Center for Biological Diversity. “Last time it took 10 years for Semarnat to update the list of endangered species. We’re in the midst of a biodiversity crisis, with species around the globe facing accelerating rates of extinction. From iconic mako sharks to little-known sea cucumbers, these imperiled creatures need safeguards now.”

Yet in Mexico none of these imperiled wildlife species have sufficient protection and can be directly targeted for fishing. If the sharks and warty sea cucumber are added to NOM-059, Semarnat will be able to issue measures and regulations to ensure sustainable fishing, including limits on catching hatchlings, juveniles and pregnant females to ensure the populations’ recovery. 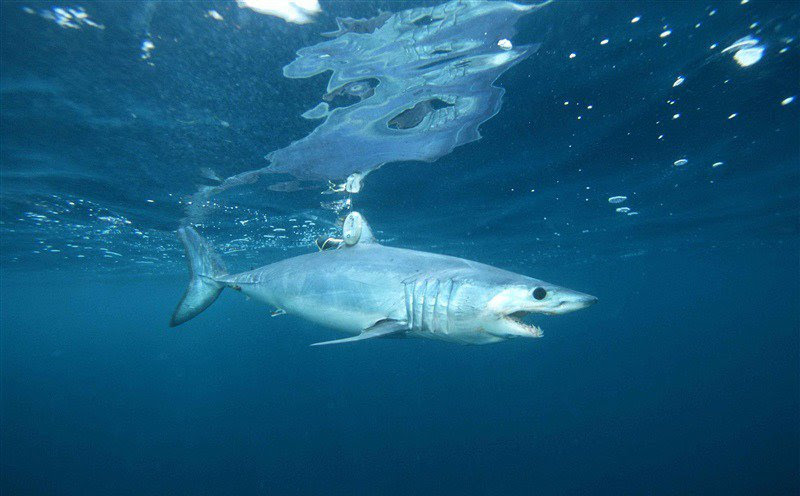 The warty sea cucumber is currently managed through fishing permits in Mexico and in the U.S. state of California. IUCN estimates that the sea cucumber’s population has declined by approximately 50% in Baja California and at least 30% in California over the past 20 years.

It is estimated that the species faces a decline of 30% to 40% throughout its entire range. The Center’s assessment of the species finds it “threatened.”

Mako sharks are also declining, facing a 50% to 79% population reduction over 75 years. Due to the mako shark’s decline and vulnerability to overfishing, as well as degradation of their habitat, in 2019, makos were included in Appendix II of the Convention on International Trade in Endangered Species (CITES) to monitor and limit trade. Mexico is a Party to CITES and officially cosponsored the CITES mako trade proposal, yet the country has failed to acknowledge domestic threats to the sharks.

What else would you expect these convulsive days. This weekend, a massive out-of-control Chinese rocket is hurtling back to Earth while much of the world wonders, with a mix of anxiety and sheesh-what-next resignation, just where it will land and if they'll be under it. Amidst the apocalyptic bingo card gags and forecasts - Partly cloudy with a chance of rocket - many have proposed, in the name of karma, the perfect, poetic landing site. Oh please.
Read More...
END_OF_DOCUMENT_TOKEN_TO_BE_REPLACED