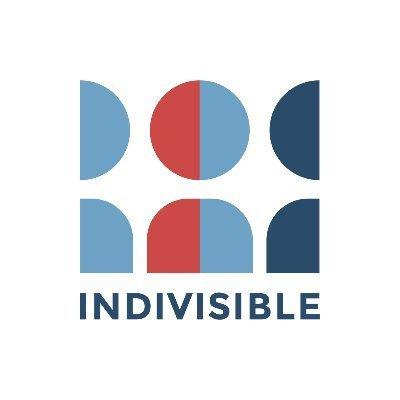 "This was supposed to be MAGA's triumphant night. It turned into a massive embarrassment. While we're still awaiting final results, the overall picture is clear: Democrats massively performed the midterm fundamentals. Voters don't like anti-abortion zealots. Voters don't like election deniers. Voters don't like Trump. And voters don't like MAGA," said Ezra Levin, co-founder and co-executive director of Indivisible. "Trump lost more than 40 seats in his first midterm. Obama lost more than 60. Clinton over 50. Indivisibles and grassroots volunteers across the country prevented a MAGA wave and defied history in the process. MAGAs are going to continue their assault on our elections and our rights. But tonight we showed the world: there are more of us than there are of them. And we will win.

"Indivisibles and progressives everywhere should take pride in knowing they held off MAGA wave Republicans were hoping for," said Leah Greenberg, co-founder and co-executive director of Indivisible. "Coming off four years of Trump, followed by an insurrection and two years of a MAGA Supreme Court stripping our fundamental rights, we can't help but feel enraged, exhausted, and uncertain. But even though we knew the odds for this election were stacked against us from the start, and we knew we were going to be outspent by Republicans, Indivisibles and progressives all over the country put up a tough and impactful fight against all the forces working against progress and we still have hope. We will not stop fighting for our democracy."

www.Indivisible.orgPress PageAction Page
SIGN UP FOR OUR NEWSLETTER
Quality journalism. Progressive values. Direct to your inbox.
Follow Us
LATEST NEWS