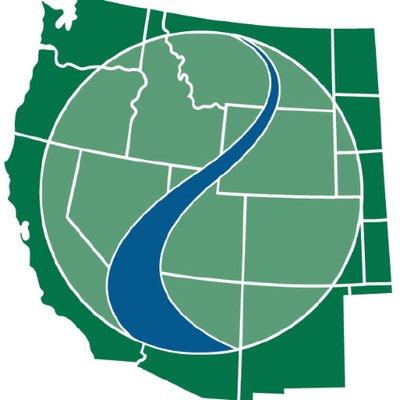 WASHINGTON
Today, Western Watersheds Project, Rocky Mountain Wild, and WildEarth Guardians filed a lawsuit against the U.S. Forest Service that challenges a plan amendment for the Thunder Basin National Grassland in northeast Wyoming. The agency's plan ramps up eradication of black-tailed prairie dogs by poisoning and sport shooting, and eliminates a black-footed ferret reintroduction area previously designated to help recover this critically endangered mammal.
Prairie dogs are a keystone species that creates required habitat for many other types of native wildlife, including mountain plovers, burrowing owls, and swift foxes. Black-footed ferrets rely exclusively on prairie dogs for prey and on prairie dog burrows for shelter. However, many landowners, livestock operators, and state agencies consider prairie dogs to be pests and exterminated them from 98% of their historic range, consequently pushing black-footed ferrets to the brink of extinction. For decades, federal agencies have recognized Thunder Basin as one of the most promising sites for ferret reintroduction due to its relatively large number of contiguous federal acres and the presence of black-tailed prairie dog colonies.
"The Forest Service has caved to pressure from ranchers and is embarking on a campaign of prairie dog poisoning and shooting," said Erik Molvar, a wildlife biologist and Executive Director with Western Watersheds Project. "If livestock are truly incompatible with prairie dog conservation and black-footed ferret recovery, the Forest Service should get rid of the cattle, not poison the native wildlife and eliminate habitat for endangered species' recovery."
In the new plan amendment, however, and at the behest of agricultural interests and Wyoming state agencies, the Forest Service replaced a 50,000-acre ferret reintroduction area with a 10,000-acre cap on prairie dog colonies and a new livestock-focused management designation. The wildlife habitat area shrinks even more to just 7,500 acres during increasingly common drought years, well below the recognized threshold to sustain a successful ferret reintroduction and other sensitive species that rely on prairie dog colonies, like mountain plovers.
"Through the Endangered Species Act, Congress prioritized conservation and recovery of imperiled species over local economic interests," said Matt Sandler, staff attorney for Rocky Mountain Wild. "The Thunder Basin amendment decision runs afoul of our national priorities and interests and instead nudges the black-footed ferret closer to extinction."
Today's lawsuit comes on the heels of an October lawsuit challenging the U.S. Fish and Wildlife Service 2015 rule that designates all future reintroduced populations of black-footed ferrets in Wyoming as "experimental" and "non-essential," depriving them of full protections under the Endangered Species Act. The Fish and Wildlife Service nominally adopted the rule to ease private landowners' concerns and facilitate future reintroductions, but on the most promising habitat on federal land in Wyoming, like Thunder Basin, it has had the opposite effect by reducing tolerance and the species' geographic expansion.
"The fate of the black-footed ferret depends on a successful reintroduction in the Thunder Basin National Grassland," said Jennifer Schwartz, staff attorney at WildEarth Guardians. "The Forest Service has not only violated the legal requirements of the ESA and other federal laws meant to protect and recover this imperiled species, but also an ethical obligation to prevent the black-footed ferret from dwindling away entirely."
The Thunder Basin National Grassland encompasses lands that are the traditional lands of the Cheyenne, Crow, and Lakota peoples.

Western Watersheds Project is an environmental conservation group working to protect and restore watersheds and wildlife through.

westernwatersheds.orgPress PageAction Page
SIGN UP FOR OUR NEWSLETTER
Quality journalism. Progressive values. Direct to your inbox.
Follow Us
LATEST NEWS