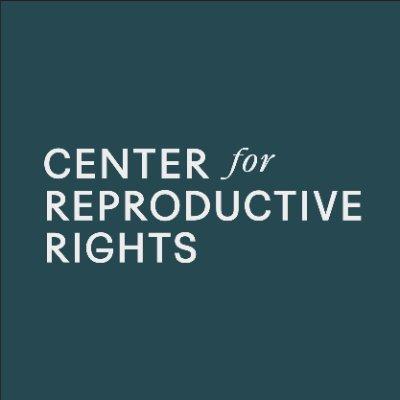 Abortion rights groups today announced a new wave of litigation to protect and expand access to abortion, with more to come. The three simultaneous lawsuits announced today challenge medically unnecessary abortion restrictions in Alaska, Missouri, and North Carolina. This follows the U.S. Supreme Court's landmark decision in Whole Woman's Health v. Hellerstedt, which struck down two Texas laws that devastated access to abortion in the state. Since the ruling, abortion restrictions in Alabama, Alaska, Arizona, Oklahoma and Wisconsin have already been blocked -- and that's just the beginning.

"Today's filing is a major step in the fight to ensure all women can get safe and legal abortions in their own communities, when they need them," said Nancy Northup, president and CEO of the Center for Reproductive Rights. "We are a nation of laws, and the Center is prepared to use the full force of the law to ensure women's fundamental rights are protected and respected. We are proud to stand with our partners in challenging these unconstitutional measures and vow to continue the fight for women's health, equality, and dignity"

"Individual rights and freedom go to the heart of who we are as a country, including the right to access abortion. We are going to fight back state by state and law by law until every person has the right to pursue the life they want, including people who decide to end a pregnancy," said Dr. Raegan McDonald-Mosley, chief medical officer, Planned Parenthood Federation of America. "As a health care provider, we see firsthand what it means for people who are forced to cross state lines, travel hundreds of miles, or wait weeks to get an abortion, if they can at all. These restrictions have a disproportionate impact on those who already face far too many barriers to health care as people of color, people who live in rural areas, or people with low incomes. These laws are dangerous, unjust, and unconstitutional -- and they will come down."

"Because of laws like the ones we are challenging today, for too many women across our country the constitutional right to have an abortion is more theoretical than real," said Jennifer Dalven, Director of the ACLU's Reproductive Freedom Project. "With the cases we are filing today, we are sending a clear message that we won't stop working until every woman can get the care she needs no matter who she is, where she lives, or how much money she makes."

Specifically, the lawsuits challenge the following restrictions on women's access to safe and legal abortion:

Attorneys from the ACLU, the Center, and PPFA represent the following plaintiffs in each case:

The U.S. Supreme Court has consistently held that women have a constitutional right to decide whether to end or continue a pregnancy and states cannot ban abortion prior to viability. When these bans of this nature are challenged in court, they do not pass constitutional muster. Earlier this year, the Supreme Court refused to review North Dakota's ban on abortion as early as 6 weeks of pregnancy and Arkansas' ban on abortion at 12 weeks of pregnancy that had been struck down by lower courts; in 2014, the nation's highest court refused to review Arizona's ban on abortion at 20 weeks of pregnancy after it had been declared unconstitutional. The Supreme Court's Whole Woman's Health decision also affirmed that states cannot pass sham restrictions on abortion; less than one day after issuing their ruling in Whole Woman's Health, the Supreme Court refused to review similar clinic shutdown laws from Mississippi and Wisconsin that had been invalidated by lower courts that found they imposed on undue burden on women seeking abortions.

The Center for Reproductive Rights is a global human rights organization of lawyers and advocates who ensure reproductive rights are protected in law as fundamental human rights for the dignity, equality, health, and well-being of every person.

(917) 637-3600
www.reproductiverights.orgPress PageAction Page
SIGN UP FOR OUR NEWSLETTER
Quality journalism. Progressive values. Direct to your inbox.
Follow Us
LATEST NEWS

"We have sought and aspired to be an example, to uphold international law," said Rep. Alexandria Ocasio-Cortez. "Instead the administration is making it effectively impossible to seek refuge at our border."

Arguing that the Biden administration's expansion of the Trump-era Title 42 anti-asylum policy is not only immoral but also illegal, U.S. Rep. Alexandria Ocasio-Cortez is leading nearly 80 of her fellow Democratic lawmakers in calling on President Joe Biden to instead keep his earlier promise to end the policy that's expelled more than 2.5 million migrants since 2020.

The New York Democrat joined Sens. Robert Menendez (D-N.J.) in spearheading a letter signed by a bicameral coalition of lawmakers to "applaud the creation of new legal pathways for Cubans, Haitians, and Nicaraguans" that the Biden administration announced earlier this month, while expressing "great concern" over the restrictions that were paired with those pathways.

A new manifesto calls for building "a sustainable social pact for the 21st century" in which "our rights are guaranteed, not based on our ability to pay, or on whether a system produces profit, but on whether it enables all of us to live well together in peace and equality."

An international coalition made up of more than 200 trade unions and progressive advocacy groups on Thursday published the Santiago Declaration, a manifesto for "a complete overhaul of our global economic system."

The undeniably anti-neoliberal document proclaiming that "our future is public" is the product of a meeting held in Chile—the "laboratory of neoliberalism" where Milton Friedman and his University of Chicago acolytes' upwardly redistributive economic model was first imposed at gunpoint by Gen. Augusto Pinochet's military junta.

Climate groups said the legislation "advances a public land giveaway that could lock in at least a century of oil drilling."

House Republicans and a single Democrat—Rep. Jared Golden of Maine—passed legislation Friday that would require the federal government to lease a certain percentage of public lands and waters for fossil fuel extraction for every non-emergency drawdown of the U.S. Strategic Petroleum Reserve, a trade-off that climate advocates slammed as a huge gift to Big Oil.

"Fossil fuel companies are already swimming in record profits, but House Republicans are using one of their first legislative opportunities to auction off our public lands for more drilling," Martin Hayden, Earthjustice vice president of policy and legislation, said of the Strategic Production Response Act (H.R. 21), a bill led by Rep. Cathy McMorris Rodgers (R-Wash.).