Is Pompeo Angling to Interfere in British Politics?

In leaked comments from a recent meeting with Jewish leaders, the US secretary of state cites the need to 'push back' against a potential Corbyn victory

Apparently, US Secretary of State Mike Pompeo had quite a lively, candid conversation in a recent closed-door meeting with Jewish leaders. Among the invited guests, someone recorded Pompeo’s comments, and they were quite revealing.

The Washington Post, which was given the tape, reported last week that Pompeo had conceded Trump’s “deal of the century” was perhaps “unexecutable” - wonk-speak for DOA.

The Trump official was being candid, while also telling his audience what many of them wanted and expected to hear. Unlike the rank-and-file of American Jewry, the communal leadership is almost uniformly right-wing and pro-Likud.

Israel certainly doesn’t want a peace deal—at least not one that any self-respecting Palestinian leader could accept—so maintaining the status quo is far preferable.

This comes with the proviso that Israeli Prime Minister Benjamin Netanyahu, if he wins the next election in September, could implement an annexation plan for major portions of the West Bank. This would be the death knell for the two-state solution.

There are US presidential candidates and liberal Zionists who are indignant at this prospect, but I’m not so sure. If you consider the issue tactically, annexation serves two useful purposes: to further paint Israel’s far-right government as racist advocates of apartheid, and to set the stage for demanding that Israel accept all Palestinian residents of the West Bank and Gaza into a single state.

There is absolutely no indication that British Jews as a whole feel the need for any such intervention.

Of course, Likud and its partners would refuse this option, because they don’t want Israel to become a truly democratic state. Their goal is a Jewish supremacist state with non-Jews either ethnically cleansed or relegated to third-class citizens with abrogated rights, if any.

Regardless of what Netanyahu and his lackeys want, annexation would set the stage for a campaign demanding that Israel offer full citizenship to both its Palestinian citizens within Israel and residents of the occupied territories. Such a campaign could build upon the existing boycott, divestment and sanctions (BDS) movement, which advocates a similar set of goals.

It would give BDS much more clarity and momentum, because Israel would no longer be able to maintain the pretence of being a democratic state.

‘Too risky and too important’

One Jewish leader at the recent meeting asked Pompeo whether the US would recognise the danger that a victory for British Labour leader Jeremy Corbyn would present to British Jews, and “take on actions” if this were to become a reality. Though the question itself is alarming, Pompeo’s response was even more so.

“It could be that Mr Corbyn manages to run the gauntlet and get elected. It’s possible. You should know, we won’t wait for him to do those things to begin to push back. We will do our level best,” Pompeo said, to fervent applause from attendees, according to the Post report. “It’s too risky and too important and too hard once it’s already happened.” 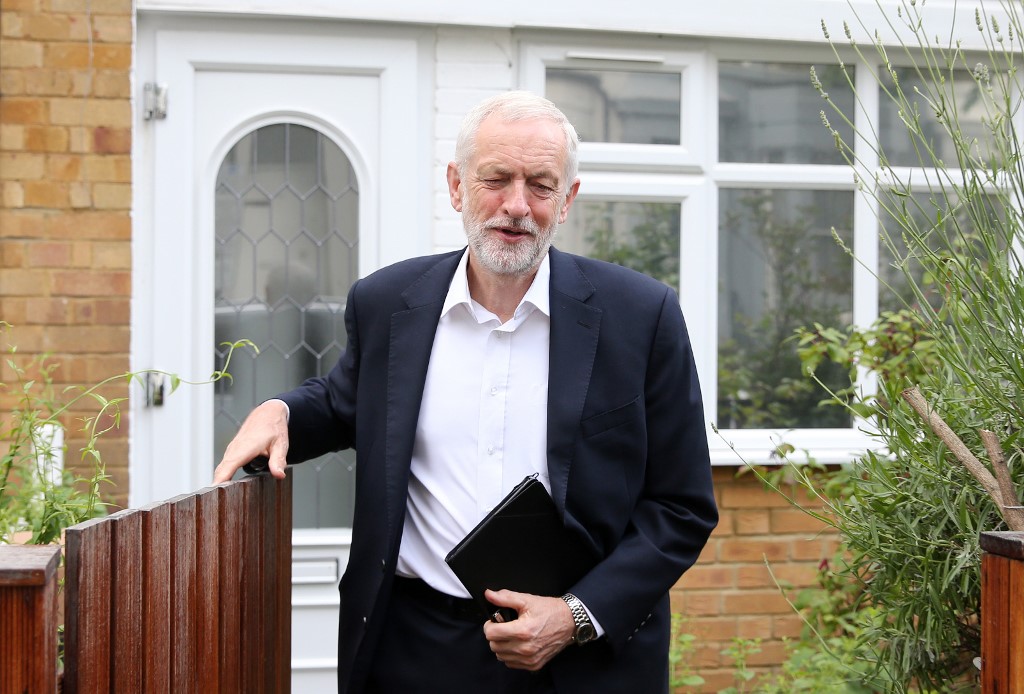 If we consider that Britain is one of our closest allies, it’s beyond alarming that the US would consider “pushing back” or “doing our level best” to ensure he doesn’t become prime minister. This is interference in another nation’s internal political processes, invoking the spectre of Russian meddling in the US 2016 election.

This provokes the question: what methods would the US use to make its displeasure known? Standard diplomatic measures, or more covert ones, verging on subversion and sabotage?

Pompeo’s implicit endorsement of meddling in British domestic politics reminds us of many similar episodes in US history, including Henry Kissinger’s collaboration with Augusto Pinochet to topple Salvador Allende’s socialist government in Chile, and Kermit Roosevelt’s plotting with Shah Reza Pahlavi to topple the Mossaddegh government in Iran, fuelling decades of mistrust and hostility between Tehran and Washington.

Given the Trump administration’s disdain for conventional approaches to international relations and alliances, one has to anticipate the US would do the worst and interfere with the election is a manner that would outrage Britons if they knew.

Returning to the question posed by a community leader to Pompeo, why would any of these individuals believe it’s their role to ask the US government to interfere in the affairs of a foreign nation, purportedly on behalf of the Jewish citizens of that nation? Have British Jews requested such intervention? And even if they had, do we owe it to them to lobby for such interference?

Why would anyone believe that Corbyn becoming prime minister would make life “very difficult for Jews in the UK”, as the questioner suggested? Are we expecting pogroms, or mass outbreaks of antisemitic hostility in the streets? The very premise of the question is ridiculous and hysterical.

Think about the issue of dual loyalty: when Jews ask their government to intervene in the domestic politics of another country, they risk arousing the ire not just of the citizens of that country, but the ire of other Americans as well.

The average American has no interest in telling Britons which candidate or party they should favour in a domestic election. We’re standing on very shaky ground when we, as Jews, follow such a path.

Not to mention that in this case, it would essentially involve asking the US government to take out a British candidate because the UK Israel lobby deems him an enemy of Israel (which he isn’t).

While there has been a great deal of noise in the mostly anti-Corbyn media and on the right of his party about his alleged soft spot for antisemitism, it is not backed up by the evidence. Corbyn has opposed antisemitism throughout his career. The problem is his well-known support for Palestinian rights.

Labour's antisemitism problem is much like society's at large: it exists, but is not more virulent than in any other party or institution.

The Joy of Tax: An Economy for the Common Good

Why Biden Is Dead Wrong on the ICC and Occupied Palestine

Tina Smith
I've Made Up My Mind: The US Senate Must Abolish the Filibuster
END_OF_DOCUMENT_TOKEN_TO_BE_REPLACED
Connect With Us

END_OF_DOCUMENT_TOKEN_TO_BE_REPLACED

Banksy's newest, a two-fer Oscar Wilde tribute and call for prison reform, shows a prisoner climbing down bedsheets ending in a typewriter from Reading Gaol, known for housing Wilde during his two years' hard labor for "gross indecency" - being gay. Video juxtaposes Banky creating it with TV artist Bob Ross burbling about freedom; both are haunted by Wilde's final searing poem about the cruelty and bleakness of life behind bars: "Something was dead in each of us/and what was dead was hope."
Read More...
END_OF_DOCUMENT_TOKEN_TO_BE_REPLACED