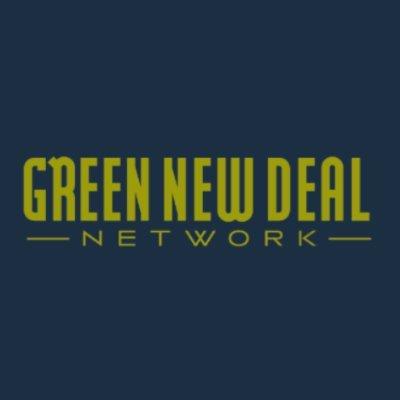 A link to a recording of today's press call is available here.

In response to the conservative hijacking of the Supreme Court and the unelected Justices' assault on our climate, health, democracy, and human rights, GNDN is demanding that our elected leaders take the following actions:

"A stolen, illegitimate, radical right-wing Supreme Court just let polluters turn back the clock on fifty years of reduced pollution and improved air quality all across the country," said Senator Ed Markey. "This dangerous decision will undermine the EPA's ability to protect the public from harmful pollution and greenhouse gas emissions. We cannot sit idly by as extremists on the Supreme Court eviscerate the authorities that the government has had for decades to combat climate change and reduce pollution. Congress must act to protect public health and our planet by passing meaningful climate and clean energy funding to protect our communities and our future. We must also pass my Judiciary Act to expand the Court to restore balance and legitimacy to the bench."

"The Supreme Court's ruling in West Virginia v. EPA is an attack on our health, safety, and future, and a direct assault on our government's ability to restrain corporate interests," said Congressman Jamaal Bowman, Ed.D (NY-16). "In the midst of a world-historic climate crisis that requires an unprecedented public response, the Supreme Court of the United States has undermined our government's ability to respond to the needs of our planet and the people. Not only does this ruling show that the Supreme Court 'majority' has been captured by corporate interests, it shows its loyalty to fossil fuel CEOs and right-wing billionaires, not our Constitution or the people. It is a very dangerous power grab by the Court, and it could have implications for every kind of regulation. In response to this judicial overreach, Congress and the White House must restrain this runaway Supreme Court."

"The Clean Air Act is crucial for keeping fossil fuel executives from profiting off of outdated, dirty, and expensive power plants. For the often Black, brown, and low-income communities that live in the shadow of polluting infrastructure, the Clean Air Act is a pathway to facilitating a transition to a clean and affordable energy future and ending the climate crisis. When communities across the country are grappling with climate disasters, toxic pollution, and dirty energy sources, the Federal government needs to provide solutions. With one fell swoop, the Supreme Court made achieving climate and environmental justice even harder at a time when we need it the most. Since the GOP-backed Supreme Court Justices have shown themselves to be climate criminals, we must pursue systemic changes to the Court, even as we push Congress, the White House, and state and city governments to step up to ensure bold, urgent investments for climate, care, jobs and justice," said Keya Chatterjee, Executive Director of US Climate Action Network.

"Our communities should be able to rely on our lawmakers to regulate emissions and toxins to protect the people, our communities, and Mother Earth but, now, that imperative is being repealed by the largely Republican influenced Supreme Court. Those on the frontlines of the climate crisis fought hard to enact measures such as the Clean Air Act and the subsequent Clean Power Plan; we can't afford for more to be eroded," said Bineshi Albert, Co-Executive Director of Climate Justice Alliance"Instead of cowering to the oil, coal, and gas industries and their lobbyists, the Supreme Court should ensure that people's health and well-being is safeguarded and protected, not the profits of big business."

"We are extremely heartbroken and enraged at SCOTUS' latest attack on our rights, our democracy, and our lives. Today's WV v. EPA ruling threatens the government's ability to stop the climate crisis and enact a Green New Deal. It hands over more power to corporate executives who will make record profits while our communities choke, burn, and flood," said John Paul Meija, Sunrise Movement National Spokesperson. "A Supreme Court that sides with the fossil fuel industry over the health and safety of its people is beyond broken. We cannot and will not let our Democratic leaders standby while the GOP goes on the offense. If our Democratic leaders are really as outraged as they say they are, they must urgently pass legislation to expand the court, as well as pass sweeping Executive Actions to substantially reduce the harm caused by this devastating ruling."

"The Supreme Court's decision to gut the Environmental Protection Agency's authority to regulate greenhouse gas emissions and protect our air, water, and environment provides further proof that the conservative supermajority is irredeemable. Today's ruling is yet another attack on popular policies, supported by the majority of Americans, by justices who were installed by Republicans and special interests who don't care about the future of our planet," said Meagan Hatcher-Mays, Director of Democracy Policy at Indivisible. "For nearly fifty years, the Clean Air Act has been a critical tool in drastically reducing fossil fuel emissions and reducing pollution. Today's decision severely limits the EPA's ability to perform one of its basic functions: keeping our air and water clean. The impacts of this decision will reverberate throughout the federal government and leave us an executive branch with a significantly reduced authority to protect or enforce basic safety regulations. Congress must act--not just by passing critical climate justice legislation, but by also addressing the six existential threats in judicial robes who brought us this appalling decision. Congress must pass the Judiciary Act and add four seats to the Court."

For 50 years, the Clean Air Act has protected communities and the planet from the toxins pumped into the air by fossil fuel plants and the corporate utilities who have kept us hostage to unreliable, dirty, and expensive energy.

This ruling comes on the heels of a series of the Republican-backed Supreme Court's assault on our democracy and basic human rights, from the repeal of Roe v. Wade to limiting the ability to enforce Miranda rights. SCOTUS has gone as far as compromising the authority of states to protect their constituents, overturning state-based gun safety laws. The WV v. EPA decision is yet another blow to the health of Black, brown and low-income communities by the U.S. judicial branch, greedy corporations and billionaires, religious extremists, and white supremacists.

www.greennewdealnetwork.orgPress PageAction Page
SIGN UP FOR OUR NEWSLETTER
Quality journalism. Progressive values. Direct to your inbox.
Follow Us
LATEST NEWS