Many companies that are polluting Black and Brown communities – or funding polluting operations – are the same companies helping to prop up and bankroll police foundations in those same communities.

Oil and gas companies, private utilities, and financial institutions that bankroll fossil fuels are all big backers of police foundations, which privately raise money to buy weapons, equipment, and surveillance technology for police departments, bypassing public police budgets. These corporate actors – from Chevron and Shell to Wells Fargo and JPMorgan Chase – can be found serving as directors and funders of police foundations nationwide. Furthermore, these companies sponsor events and galas that celebrate the police and remind the public that police power is backed up by corporate power.

“This report confirms what so many of us have known for decades: the police state exists to protect white supremacy with extraction as a primary tactic. Our work as a part of the movement for climate justice is to dismantle racist structures perpetuating continued harm to communities. From policing to financial violence, the road to tackling the climate crisis includes addressing connected predatory systems. As workers risk their lives to keep the economy afloat, the grift and greed of fossil fuel financiers continues. We support the demand to defund and divest from the police and fossil fuels, and to reinvest in the resilience of people and planet for a Just Recovery.

“This report revealing the ways that Wall Street and the fossil fuel industry support police foundations highlights how firms such as Blackrock and JP Morgan Chase routinely act to extract wealth, health and safety from Black, Brown and Indigenous communities. It’s past time to defund the police and demand that Wall Street compensate Black, Brown, and Indigenous communities for the irreparable harm they have inflicted,” said Maurice BP-Weeks, Co-Executive Director, Action Center on Race and the Economy

“The fossil fuel industry is a sinking ship hellbent on drowning the planet and taking humanity down with it. It will stop at nothing to keep black and brown afraid of mobilizing and it’s no surprise they would partner with the same institution terrorizing our communities and Black Lives Matter protesters in the streets,” said Lucas Sanchez, Deputy Director, New York Communities for Change.

“As we have seen too many times, the fossil fuel industry relies on a militarized top-down police to keep the public from protesting their expansion plans; it’s past time to move to a new future,” said Bill McKibben, the co-founder of 350.org and Stop the Money Pipeline.

“This report sheds a harsh and needed light on the ways police violence and systemic racism intersect with the climate crisis. Rather than address growing public concerns with the dangers of pipelines and petrochemical plants, the fossil fuel industry has responded instead by seeking to criminalize protest, suppress dissent, and mislabel acts of free speech as acts of terrorism. The result is a rising tide of human rights abuses by militarized police forces against environmental and rights defenders. That oil and gas companies are actually funding the forces inflicting those harms is sadly unsurprising and absolutely unacceptable,” said Carroll Muffett, President, Center for International Environmental Law.

“There is little public scrutiny when private donors pay to give police controversial technology and weapons. And it is with no surprises that the Public Accountability Initiative & LittleSis report shows how the same financial institutions like BlackRock that are financing the climate crisis and environmental racism in Black and Brown communities, are the same institutions that are backing the growing militarization of police forces that have beaten down black and brown communities with impunity for so long,” said Mary Cerulli, co-founder Climate Finance Action.

“The fossil fuel industry’s ties to police foundations show a willingness to ignore the calls of racial justice advocates to dismantle the systemic racism of policing — despite some oil and gas companies’ hypocritical claims otherwise. Fossil fuel companies harm the racial justice movement in their operations, their public relations and their political funding. In reality, they are part of the system that upholds structural racism in the US,” said Zorka Milin, senior advisor, Global Witness.

“The Earth and all people are sacred. Violence against black and brown communities is morally abhorrent. Violence against the earth is an offense against life. Extractive industries and the banks that finance them need to stop supporting racist authoritarianism and quit financing the planet’s destruction,” said Rev. Fletcher Harper, executive director of GreenFaith.

“Chevron has long treated Richmond like a community that can be bought and sold out, be it through our police or elected officials. This new report further outlines what we already know: fossil fuel companies bankroll the police as a bribe, to keep our communities polluted, over-policed and bound to the charity of companies like Chevron. To reinvest in Black and Brown communities and move toward a just transition from the Ecuadorian Amazon to Richmond, CA, we must hold these companies accountable for their ties to the destruction of our climate and the funding of the police,” said Ada Recinos, Amazon Watch communications manager and Richmond, CA resident.

“It is no surprise that big banks and fossil fuel companies see it as in their interest to fund the police. They need to ensure that when they want to impose dangerous and polluting projects on Black, Indigenous and brown communities that the police will be there for them and willing and ready to repress community members who seek to protect their families, and their air, land and water,” said Paddy McCully, Energy and Climate Program Director, Rainforest Action Network. 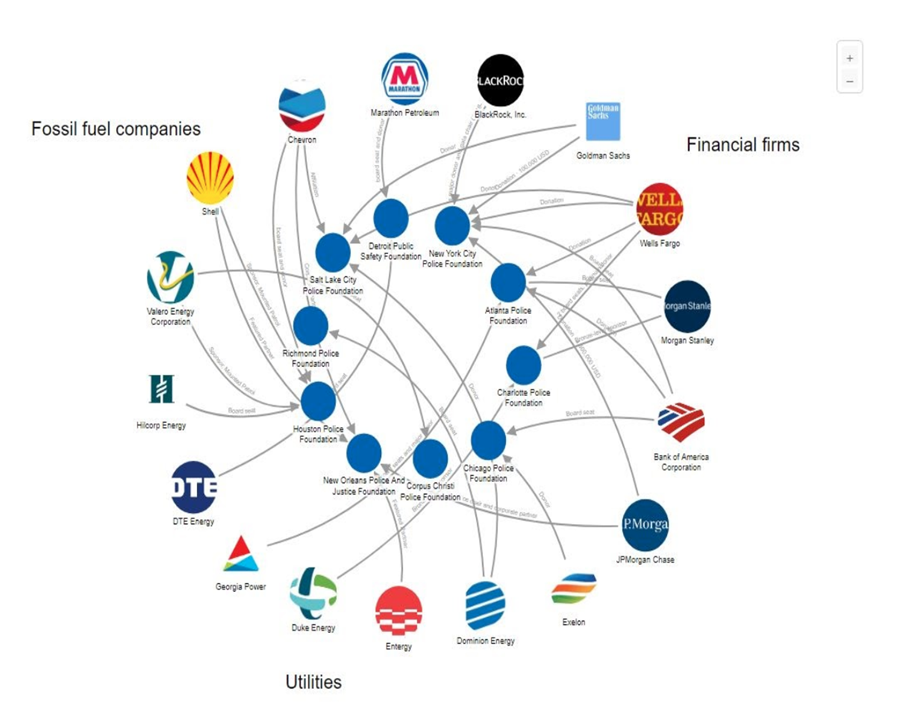 Israel's slaughter in Gaza goes on. Mercilessly following Ben-Gurion's Zionist edict for " maximum territory, minimum Arabs,” at least 120 Palestinians have been killed - a pregnant woman, an older couple, an entire family, chicken farmers, bystanders, 31 children. As 100 Democrats urge the U.S. to hold the lies, drones, money for ethnic cleansing, the victims clamor, "We are bleeding here." From one small furious boy, "All you nations sleeping through our pain - children are dying."
Read More...
END_OF_DOCUMENT_TOKEN_TO_BE_REPLACED