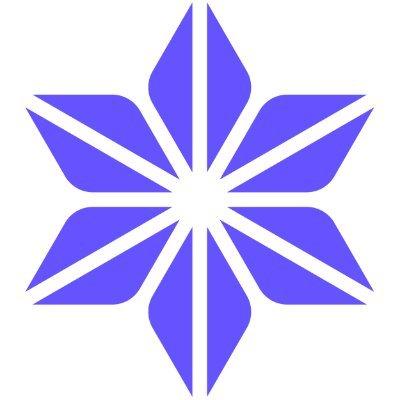 Exactly one year since Donald Trump was elected, and one week after Illinois Governor Bruce Rauner pledged to increase "intelligence cooperation" with Israel, Jewish Voice for Peace-Chicago members and partners from the Palestinian and immigrant justice community staged a protest as part of a nationwide event calling on the Anti-Defamation League (ADL) to end their "Deadly Exchange" programs between U.S. and Israeli law enforcement officials that perpetuate discriminatory, repressive and violent policies in both places.

"These programs turn Israel's 70 years of dispossession and 50 years of Occupation into a marketing brochure for successful policing. We want to end Israel's human rights abuses, not hold them up as a model," said Scout Bratt, National Board Member with Jewish Voice for Peace. "There is a deep history of violence and discrimination from law enforcement against communities of color here in the United States. The last thing we need right now is for our police forces and border patrol agents to be comparing notes with security forces that maintain a military occupation over millions of people."

Participants posed the question: Why is a self-proclaimed "civil rights organization" facilitating these deadly exchange programs?

"We will not tolerate an institution that claims to speak for us as Jews proliferating police surveillance and brutality in the name of our community," said Stephanie Skora of Jewish Voice for Peace-Chicago. "ADL, we say and will keep saying, not in our name!"

Since the early 2000s, the ADL has been sending high-ranking U.S. law enforcement, including police chiefs and ICE officials, to Israel to train with Israeli police, military and intelligence agencies. These and other similar programs, run under the banner of "counter-terrorism" training, actually facilitate an exchange of worst practices, normalizing the racial profiling, deadly force, and mass surveillance already utilized by law enforcement in both the U.S. and Israel.

"As Lonnie Nasatir, the Anti-Defamation League's Midwest Director, has said himself, 'the ADL's ties with law enforcement runs very, very deep,'" said Carrie Kaufman of Jewish Voice for Peace-Chicago. "On his return from a 2016 ADL trip, Illinois State Police Chief Leo Schmitz said, quote: 'it might be related to different groups, but the tensions and the realities of the Israeli police department and border police and our work are very similar, and some of the techniques that they're using were ones that we might look into adopting in the future after considering the legal implications. We also brought some information and shared that with them.' This is terrifying."

More information on Chicago and Illinois participation is below.

JVP-Chicago was joined by two partner organizations that have endorsed the campaign: the US Palestinian Community Network and the Chicago Religious Leadership Network on Latin America. "We're here as a Palestinian and Arab-led community based institution representing those directly impacted by the deadly exchange between US and Israeli law enforcement both here and in our homeland," said Danya Zituni of the U.S. Palestinian Community Network. "Just recently, the co-founder of USPCN in Chicago, our comrade and our community leader Rasmea Odeh, was deported after an almost 4 year legal and political struggle; the US government used Israeli military court documents, including a confession extracted through torture, in a US court to prosecute Rasmea."

Israeli companies are deeply invested in helping Trump build his border wall, and the Israeli military has long played a role supporting the worst military juntas throughout Latin America," said Claudia Lucero, Executive Director of the Chicago Religious Leadership Network on Latin America. "Deepening the deadly exchange of police and border enforcement training will mean anything but safety for immigrant communities already criminalized by police and ICE in the U.S."

After the press conference, participants marched and chanted through downtown Chicago to deliver a petition signed by 20,000 people to the ADL, demanding they stop organizing U.S.-Israel police training exchanges. Chicago Police Department officers blocked every entrance to the building. After being refused entry, the group picketed and engaged passersby to inform them about the dangers of U.S.-Israel police training, and pledged to return until their demands were met.

FURTHER BACKGROUND: On the anniversary of Trump's election, with white supremacist violence, islamophobia and anti-Semitism on the rise, the crisis of police violence against communities of color is as urgent as ever. The ADL's police exchange programs, run under the banner of "counter-terrorism" training, actually facilitate an exchange of destructive practices, normalizing the racial profiling, deadly force, and mass surveillance already utilized by law enforcement in both the U.S. and Israel. It is crucial to expose the links between militarized policing here and in Israel/Palestine and warn fellow Illinois residents about the implications of Governor Rauner's pledge to increase intelligence cooperation with Israel.

- On his return from a 2016 ADL trip, Illinois State Police Chief Leo Schmitz reported that "It might be related to different groups, but the tensions and the realities of the Israeli police department and border police and our work are very similar, and some of the techniques that they're using were ones that we might look into adopting in the future after considering the legal implications. We also brought some information and shared that with them."

- In September 2015 now-CPD Chief Eddie Johnson participated in an ADL delegation, and, according to the ADL, had a "fabulous" time and was deeply impacted. Reflecting on this trip, the ADL's Director of National Law Enforcement Initiatives David Friedman said participants "come back and they are Zionists."

- Chicago officers, Illinois State Police and representatives of the Cook County Department of Homeland Security have also participated in ADL trips to Israel in 2014 and 2010 alongside representatives of Immigration and Customs Enforcement, the FBI and state and local police from around the country.

- Some of the participants in other delegations organized by the Jewish United Fund of Metropolitan Chicago (JUF) include Former CPD Chief Garry McCarthy (2012 and 2014); Michael Masters, Former CPD Chief of Staff and Former Executive Director of the Cook County Office of Homeland Security and Emergency Management (2010 and 2014); and SWAT officers Steve Georgas and Mark Marianovich (2010).

Who they meet with and where do they go: On these trips, American officers train with various Israeli agencies carrying out policies of occupation and apartheid via control, surveillance, repression of social movements, torture, police violence, and more. On one 2016 ADL delegation, participants: