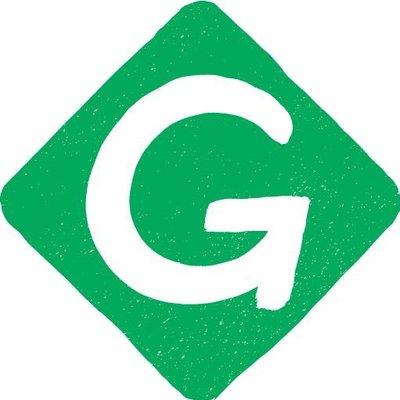 The steps include a Green public works program, aid for state and muncipal governments, expansion of mass transit, Single-Payer health care, a peace dividend gained by ending the occupations of Iraq and Afghanistan, and an end to the wasteful war on drugs.

Green Party candidates running for local, state, and national office in 2008 promoted many of these ideas even before the crisis precipitated. In September, Cynthia McKinney published a ten-point list of solutions and reforms in response to the Wall Street meltdown, titled "Seize the Time" (https://votetruth08.com/index.php/learn/mckinney-messages).

Greens expressed support for United Electrical Workers union members occupying a Republic Windows and Doors plant in Chicago after the plant was shut down and they were laid off with three days' notice and told they had no assurance of receiving severance and unused vacation pay. The company's creditor, Bank of America, received $25 billion from the government's financial bailout package. Greens said that the bank's actions, including refusal to allow Republic to give workers 60 days notice (as required by law), demonstrates how bailout money isn't being used to assist working Americans facing financial hardship.

"The collapse of the I-35 bridge in Minneapolis in 2007 was a result of the neglect and starvation of funds for maintaining infrastructure that was built decades ago. The ideology of privatization and hostility to 'big government' is no longer tenable during the financial crisis -- the current White House and Congress conceded as much when they began pushing for bailouts. Public works programs built America, and public works, with hundreds of thousands of new Green jobs, is what America needs now for economic recovery," said Rosa Clemente, the Green Party's 2008 candidate for Vice President (https://www.rosaclemente.com).

"We're encouraged that President-elect Obama intends to launch a public works program along these basic lines, but we hope Congress and his own administration don't undermine and dilute such a program out of traditional Democratic and Republican loyalty to corporate interests and fear of being labeled liberal or socialist. It's time to follow the lead of the Green Jobs For All movement," Ms. Clemente added.

(2) Bail out financially ailing towns, cities, and states before bailing out private corporations: millions of public sector and contractor jobs depend on the fiscal security of municipal and state governments.

Greens noted that municipalities and states are businesses that drive state and local economies throughout the US. They also provide the social safety net that millions of working people need during the current crisis.

(3) Jumpstart our country's mass transit system, giving people an alternative to cars while saving them money and providing jobs.

"Making autos more efficient will only get us part way toward solving our energy and climate challenges. We need to get people out of their cars altogether. Communities need the ability to provide local solutions for mass transprotation: new trains, subways, light rail wherever they fit," said Wes Rolley, co-chair of the Green Party's EcoAction Committee.

(4) Enact a Single-Payer/Medicare For All national health plan, providing every American with coverage and removing the burden of health care from small and large private businesses.

"The skyrocketing cost of health care under our private health care system has created much of the economic instability as businesses struggle to provide workers health benefits. If President Obama and Congress have the political will to resist the power of the insurance, HMO, and pharmaceutical industries that siphon their profits off America's need for health care, the relief that Single-Payer will be a huge economic boost," said Sanda Everette, co-chair of the Green Party of the United States.

Single-Payer would cover all Americans regardless of income, employment, residence, age, or prior medical condition, allowing choice of health care provider, and costing working people far less than they now pay for private coverage. In 2003, the New England Journal of Medicine published an article estimating that Single-Payer could cut health care costs by $350 billion annually (https://www.pnhp.org/publications/nejmadmin.pdf). Greens sharply criticized Barack Obama during the election season for rejecting Single-Payer out of concern for health insurance companies.

(5) End the occupations of Iraq and Afghanistan.

"The staggering expense of the Iraq and Afghanistan invasions and occupations haven't only cost American, Iraqi, and Afghan lives. It also ate up trillions of dollars away that could have been spent on human and environmental needs. If we call home our troops right now, we can divert the money needed for military occupations to Green public works and other programs to jumpstart the economy -- a new peace dividend," said Starlene Rankin, co-chair of the Lavender Green Caucus.

The Green Party opposed both wars from the beginning and has criticized Mr. Obama's plans for delayed and partial troop withdrawal from Iraq and for sending more troops to Afghanistan.

"The war on drugs is America's longest and costliest war. With Afghanistan providing the world's world's biggest poppy crop, it's one of the main reasons the US is fighting a war there," said Cliff Thornton, co-chair of the Green Party and co-founder of Efficacy, Inc. (https://www.efficacy-online.org), which promotes major reforms in drug policy.

Harvard economist Jeffrey Miron has estimated that legalizing cannabis would save federal, state, and local governments $44 billion a year in enforcement costs (https://www.prohibitioncosts.org/mironreport.html). Governments could collect another $33 billion in revenues by taxing cannabis as heavily as alcohol and tobacco.

In an effort to crack down on the misleading practices of Medicare Advantage providers, Democratic Reps. Mark Pocan, Ro Khanna, and Jan Schakowsky reintroduced legislation Tuesday that would ban private insurers from using the "Medicare" label in the names of their health plans.

The legislation, titled the Save Medicare Act, would formally change the name of the Medicare Advantage program to the Alternative Private Health Plan, an attempt to make clear to seniors that the plans are run by private entities such as Anthem, Humana, Cigna, and UnitedHealthcare.