SUBSCRIBE DONATE
Published on
Friday, May 10, 2019
by
Corporate Crime Reporter

“This appointment is a travesty and an insult to all those that seek peace and social justice.”

Teenager Mary Ann Vecchio kneels over the body of Kent State University student Jeffrey Miller (1950 - 1970) who had been shot during an anti-war demonstration on the university campus, Kent, Ohio, May 4, 1970. The protests, initially over the US invasion of Cambodia, resulted in the deaths of four protesters, including Miller, and the injuries of nine others after the National Guard opened fire on students. (Photo: Howard Ruffner/Getty Images)

Kent State has appointed a 25 year veteran of the Central Intelligence Agency (CIA) to chair a committee to create, plan and execute activities to commemorate the 50th anniversary of the shootings at the campus that killed four and wounded nine students on May 4, 1970. 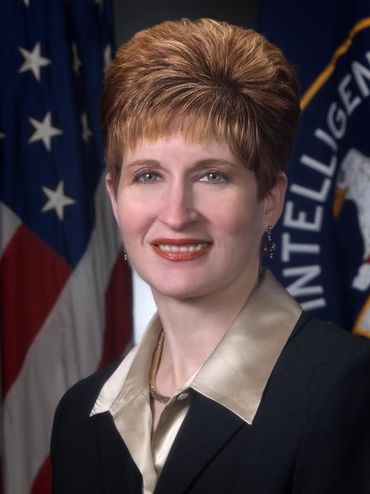 Stephanie Smith, an associate professor in Kent State’s School of Journalism and Mass Communication, was recently chosen as the chair of the 50th May 4 Commemoration Advisory Committee.

According to her Kent State faculty page “as a senior intelligence service executive in the CIA, Smith led thousands of employees, designed and managed programs worth several billion dollars, interacted regularly with Congress, and traveled extensively, including throughout two war zones – Afghanistan and Iraq.”

Amy Reynolds, dean of the College of Communication and Information, described Smith as someone who “cares deeply about what May 4 means to Kent State, to history, to the First Amendment, to activism, to civil discourse, to our students and to the future.”

But many within the May 4 community are not happy with the appointment of Smith to head the committee and they took to the social media to express their revulsion at the appointment.

"The CIA’s history for carrying out bloodshed and terrorism is unmatched by the most ruthless of repressive secret agencies.”

“I am astounded and disgusted,” wrote Mike Alewitz, an eyewitness to the Kent State shootings. “In all the world, few organizations are as hated as the US Central Intelligence Agency (CIA) – and rightly so. The CIA’s history for carrying out bloodshed and terrorism is unmatched by the most ruthless of repressive secret agencies.”

“The CIA has not only been directly responsible for the torture and death of untold thousands of innocent people, it has trained and put into place the most violent forces of the world’s bloodiest dictators.”

“Now, in an astonishing insult to the memory of the martyrs of the Kent State Massacre, the Kent State administration has named Stephanie Smith to chair the 50th May 4 Commemoration Advisory Committee.”

“The CIA’s grisly history includes the overthrow of democratically elected governments in places like Iran, Guatemala, Indonesia and the Congo – and their subsequent replacement with the most brutal of dictators,” Alewitz wrote.

“The warmakers and their academic-administrative toadies fear the truth. They want to continue the coverup of the 1970 massacres at Kent, Augusta and Jackson. They want to rewrite the history of US atrocities in Vietnam and around the globe – so they may continue to advance their own economic policies of global plunder.”

“This appointment is a travesty and an insult to all those that seek peace and social justice.”

No, President Trump, the Never-ending War in Afghanistan Is Not Ending

Juan Cole
If McConnell Packs the Court on Behalf of Minority Rule, Dems Must Expand and Reform It

END_OF_DOCUMENT_TOKEN_TO_BE_REPLACED

In a year that just takes and takes, the sudden death of Ruth Bader Ginsburg has, for now, broken many. And that's before the vile McConnell vowed within an hour to try to replace her. Jewish tradition deems a person who dies on Rosh Hashanah a tzaddik, a person of great righteousness. Because she was, we're compelled to honor her long, hard, tenacious work by fighting back harder than ever. Now we cry, soon we vote. M ay her memory be a blessing, and a revolution.
Read More...
END_OF_DOCUMENT_TOKEN_TO_BE_REPLACED