We are deeply saddened by the resignation of Iranian Foreign Minister Javad Zarif on Monday afternoon, which occurred just hours after he met with our 28-person American peace delegation led by CODEPINK: Women for Peace.  Zarif talked at length about how dissatisfied the Iranian people had become with the Iran nuclear agreement, and the pressure this put on him.  He said that when the agreement was signed in 2015 over 80 percent of the Iranian people supported it, as they hoped it would bring Iran back into the international community and improve their economy.

Instead, President Trump quit the agreement and implemented even more sanctions on Iran and on any international company that has economic dealings with Iran.  Now just 51 percent of Iranians think the nuclear agreement is a good idea because it has brought no economic relief to the Iranian people. Jarif expressed frustration with the Europeans, who say they want to salvage the deal but refuse to provide real economic relief.

We left the meeting feeling so impressed by the depth of Zarif’s knowledge, his diplomatic skills and his commitment to finding peaceful ways to deal with conflicts—including his efforts to solve the crisis in Yemen. We also left understanding the difficult position he was in, having staked his reputation on the success of the nuclear deal.

Looking back on the remarkable length of time Foreign Minister Zarif spent with our delegation, it seems that he was pouring his heart out in frustration at the way the international community was thwarting this latest attempt by Iran to be respected in the community of nations.

We will write more about his remarkable talk to our delegation and post a video of his interaction with the delegation in the next hours. 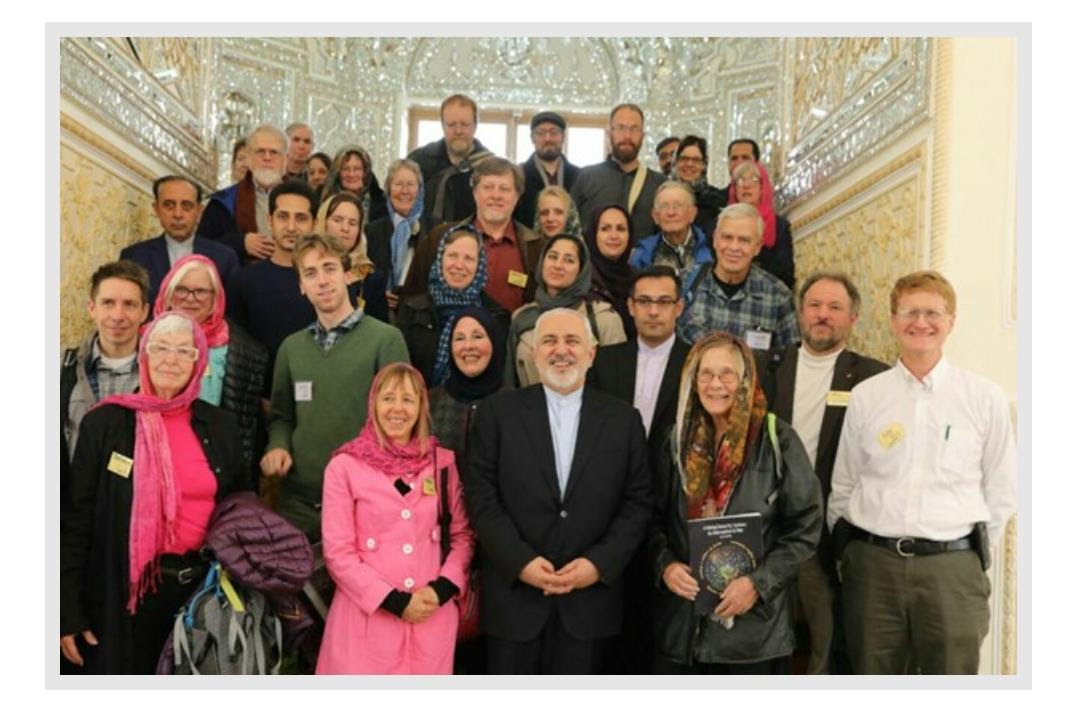 
CODEPINK is a women-initiated grassroots peace and social justice movement working to end the wars in Iraq and Afghanistan, stop new wars, and redirect our resources into healthcare, education, green jobs and other life-affirming activities. CODEPINK rejects foreign policies based on domination and aggression, and instead calls for policies based on diplomacy, compassion and a commitment to international law. With an emphasis on joy and humor, CODEPINK women and men seek to activate, amplify and inspire a community of peacemakers through creative campaigns and a commitment to non-violence.

Rev. John Dear
'I Never Thought I'd Live to See This Day': The Beginning of the End for Nuclear Weapons...
END_OF_DOCUMENT_TOKEN_TO_BE_REPLACED

The veterans of the Great Capitol Insurrection, it seems, are not faring well. Scores of rioters have been arrested, many moronically incriminating themselves en route; investigations are finding the Trump campaign supplied untold millions to the pre-riot rally, often via shell companies and dark money that could constitute illegal money laundering; and weary Americans breathlessly await the spectacle of a Trump impeachment trial for what Chuck Schumer just called inciting "the erection."
Read More...
END_OF_DOCUMENT_TOKEN_TO_BE_REPLACED