Analysis: 60 Million Acres of Monarch Habitat to Be Doused With Toxic Weed Killer

Despite Steep Monarch Declines, Massive Amounts of Drift-prone Dicamba Will Be Used in Heart of Migratory Path.

PORTLAND, Ore. - Within the next two years, more than 60 million acres of monarch habitat will be sprayed with a pesticide that’s extremely harmful to milkweed, the only food for monarch caterpillars, according to a new analysis by the Center for Biological Diversity.

Monarch populations have already fallen by 80 percent in the past two decades due to escalating pesticide use and other human activities. Now the Center’s report A Menace to Monarchs shows that the butterfly faces a dangerous new threat from accelerating use of the notoriously drift-prone and highly toxic weed killer dicamba across an area larger than the state of Minnesota.

“America’s monarchs are already in serious trouble, and this will push them into absolute crisis,” said Nathan Donley, a senior scientist at the Center. “It’s appalling that the EPA approved this spraying without bothering to consider the permanent damage it will do to these butterflies and their migration routes.”

Today’s report found that by 2019, use of dicamba will increase by nearly 100-fold on cotton and soybean fields within the monarch’s migratory habitat across the heart of the United States.

Other key findings include:

The Environmental Protection Agency in 2016 approved new dicamba products for use on genetically engineered cotton and soybeans. In 2017 there were reports of at least 3.6 million acres of off-target, dicamba-induced damage to agricultural crops and an unknown amount of damage to native plants and habitats, including forests. The EPA has refused to take necessary action to address the harms caused by the chemical.

“There’s no question that use of dicamba across tens of millions of acres will deepen risks to our dangerously imperiled monarch populations,” said Donley. “When dicamba’s use on GE cotton and soybeans comes up for reapproval later this year, the only responsible thing for the EPA to do is allow that approval to expire.”


Background
For this analysis the Center examined monarch habitat and projected usage rates for dicamba, with a particular emphasis on examining the effects of increased use of dicamba in the coming years, which is expected to reach about 57 million pounds annually.

The decline in monarchs in recent decades has coincided with the surge in use of glyphosate, which is sprayed on crops genetically altered to survive being sprayed by the pesticide. Around 300 million pounds of glyphosate are sprayed in fields each year in the United States. The massive overuse of glyphosate triggered the large-scale decline of milkweed and the proliferation of glyphosate-resistant weeds across millions of acres. In response to the proliferation of resistant weeds, farmers have turned to dicamba — compounding the danger to monarchs and their habitat. 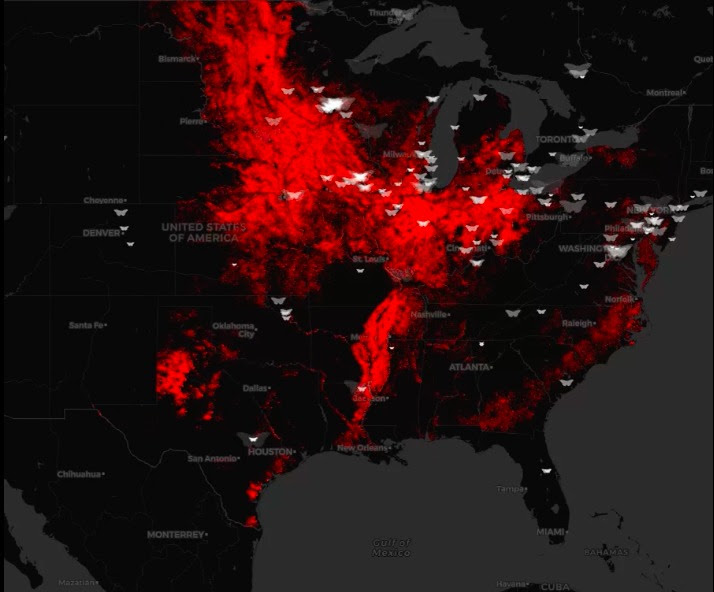 END_OF_DOCUMENT_TOKEN_TO_BE_REPLACED

Minutes before the Derek Chauvin verdict, a white cop in Columbus, Ohio shot and killed Ma'Khia Bryant, 16, a black girl in foster care who was threatening another girl with a knife. Many details are unclear - it was reportedly Bryant who called police when older girls were attacking her - but goddamn why can't cops disarm a 16-year-old girl without pumping four shots into her chest within seconds of arriving? Just kidding. We know why.
Read More...
END_OF_DOCUMENT_TOKEN_TO_BE_REPLACED