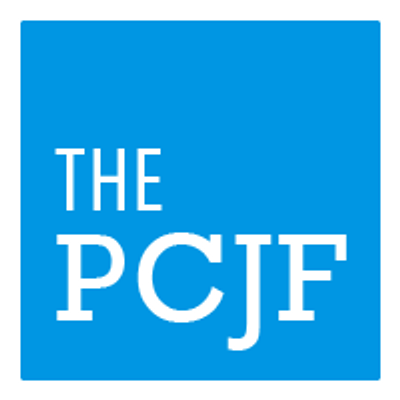 For Immediate Release
The Partnership for Civil Justice Fund
Contact:

The Partnership for Civil Justice Fund has filed a federal civil rights lawsuit on behalf of U.S. military veteran and former CIA analyst Ray McGovern against John Kerry, in his capacity as the Secretary of State, and against officers at George Washington University.

The lawsuit was filed in U.S. District Court for the District of Columbia three years to the date of Mr. McGovern's brutal and false arrest at GWU during a speech of then Secretary of State Hillary Clinton. After the arrest, the PCJF uncovered that then 71-year-old McGovern was put on a "Be On the Look-Out" list, and agents were instructed to stop and question him on sight. The reasons cited included his "political activism, primarily anti-war" -- a clearly unconstitutional order.

The circumstances of McGovern's 2011 arrest were marked by stinging irony. McGovern was brutalized and arrested after peacefully and silently standing with his back to Hillary Clinton as she gave a policy speech condemning authoritarian governments who repress dissenters and internet freedom.

As described in the Civil Complaint: "As Secretary Clinton was reading from her prepared remarks regarding Egypt's dictatorship saying, 'Then the government pulled the plug,' the then-71-year-old McGovern was forcibly and falsely arrested by GWU police officers, grabbed by the head, assaulted, and as Secretary Clinton continued undisturbed stating, 'the government ... did not want the world to watch,' Mr. McGovern was removed from public view with excessive and brutal force, taken to jail, and left bleeding with bruises and contusions."

The complaint continues: "The Department of State then opened an investigation into Plaintiff McGovern, including specifically his lawful, protected political beliefs, activities, statements and associations which it kept open for nearly seven months, despite all charges having been dropped against Mr. McGovern and despite having determined that Mr. McGovern was engaged in no criminal activity."

As the complaint states: "The Department of State issued a Be On The Lookout Alert ('BOLO Alert') for the then- 71-year-old McGOVERN which described his 'considerable amount of political activism, primarily anti-war,' displayed his picture and directed law enforcement that if Mr. McGOVERN was encountered, 'USE CAUTION, stop' and question him and contact the Department of State Diplomatic Security Command Center."

PCJF Executive Director Mara Verheyden-Hilliard stated: "Mr. McGovern's brutal arrest and his subsequent political targeting by the State Department stands in sharp contrast to the policy announcement that Secretary Clinton was delivering, which insisted that governments respect dissent and dissenters and their freedom of speech."

Carl Messineo, Legal Director of the PCJF, explained, "Mr. McGovern is a veteran who committed no crime. Yet the State Department carried out a purely political investigation of him and put him on the BOLO list in clear violation of his Fourth and First Amendment protections."

Mr. McGovern, 74, is a veteran Army officer who also served as an analyst with the Central Intelligence Agency for 27 years. Mr. McGovern wrote for the President's daily brief under Presidents Nixon and Ford. From 1981 to 1985, he personally briefed this publication in the morning one-on-one to Vice President George H. W. Bush, the Secretaries of State and Defense, and other senior officials of the administration of Ronald Reagan.

Upon retirement in early 1990, Mr. McGovern was awarded the Intelligence Commendation Award for his particularly commendable service and received a laudatory farewell letter from then-President George H. W. Bush.

Thirteen years later, Mr. McGovern co-founded Veteran Intelligence Professionals for Sanity to expose that intelligence was being falsified by the U.S. government to justify war on Iraq.

Click here to read the complaint and see photos.

The Partnership for Civil Justice Fund is a public interest legal organization that brings a unique and cutting edge approach dedicated to the defense of human and civil rights secured by law, the protection of free speech and dissent, and the elimination of prejudice and discrimination. Among the PCJF cases are constitutional law, civil rights, women's rights, economic justice matters and Freedom of Information Act cases.

(202) 232-1180
www.justiceonline.org
SIGN UP FOR OUR NEWSLETTER
Quality journalism. Progressive values. Direct to your inbox.
Follow Us
LATEST NEWS