SUBSCRIBE DONATE
Published on
Wednesday, September 23, 2020
by
Fairness and Accuracy In Reporting (FAIR)

With Planet at Stake, Moderators Must Make Climate a Focus of Debates

The climate crisis has been and continues to be a top issue for voters and one that can’t be ignored by journalists for another four years.

The recent media-sponsored town halls with President Donald Trump and former Vice President Joe Biden haven’t inspired much hope for the place of climate in the debates. (Photo: Takver/flickr/cc)

Wildfires continue to devastate the West Coast, and both the Arctic and Antarctica are exhibiting dramatic ice loss (CNN, 9/15/20). Given how little time experts say we have to prevent irreversible damage from climate change, this year’s election is truly a crucial one for the future of the planet. And climate disruption remains a top priority for many voters. That means the climate crisis must be a central focus of the presidential debates—the main opportunity for most voters to hear the candidates questioned about their positions on major policy issues. 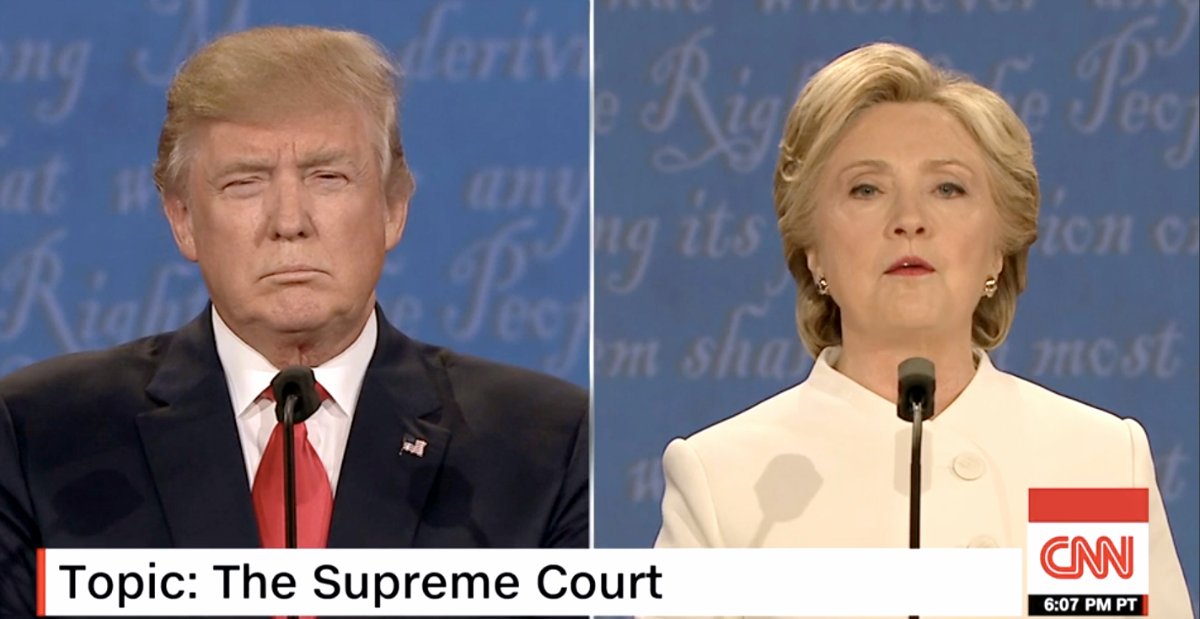 If the past is any indication of the future, the journalists who moderate those debates are unlikely to feel the same sense of urgency. In 2016, not a single question was asked about climate change. Zero questions were asked in 2012 as well. As FAIR’s Adam Johnson wrote in 2016 (FAIR.org, 10/19/16):

In over eight hours of presidential debates spanning four years, there were only four utterances of the term “climate change” on the most important political stage. All by Hillary Clinton, all in passing. All entirely unsolicited.

Prior to this election season’s Democratic primary debates, environmental activists pressed the DNC to hold a single-issue debate on the climate crisis, given its urgency and its place as a top concern of Democratic voters. DNC chair Tom Perez rebuffed them, claiming he had “the utmost confidence” that the subject would be discussed in the debates “early and often” (FAIR.org, 6/18/19). But the moderators failed miserably to center climate, devoting more questions (86 vs. 83) to the utterly useless topic of “electability” than to climate (FAIR.org, 2/29/20).

As I reported in November (FAIR.org, 11/28/19) about the climate questions moderators did ask:

Some have been useless, being too broad (“Explain specifically what your [climate proposal] is”—NBC‘s Chuck Todd, 6/27/19) or too convoluted…. Many have focused on the idea that major climate action is not “realistic,” or that it threatens people’s freedoms to do things like drive gas-guzzling cars or eat meat.

Bernie Sanders, who has pivoted hard toward the climate issue in recent weeks, has been given the most speaking prompts on climate—but not a single unique question. Elizabeth Warren and Cory Booker, the only other candidates appearing in every debate who have received higher than a B+ grade from Greenpeace on their climate plans, have gotten one unique question each. Hand-off prompts, under the rules enforced by the media hosts, are generally limited to either 30 or 45 seconds, which means that the candidates with the most ambitious climate plans have been given criminally little time to explain them. 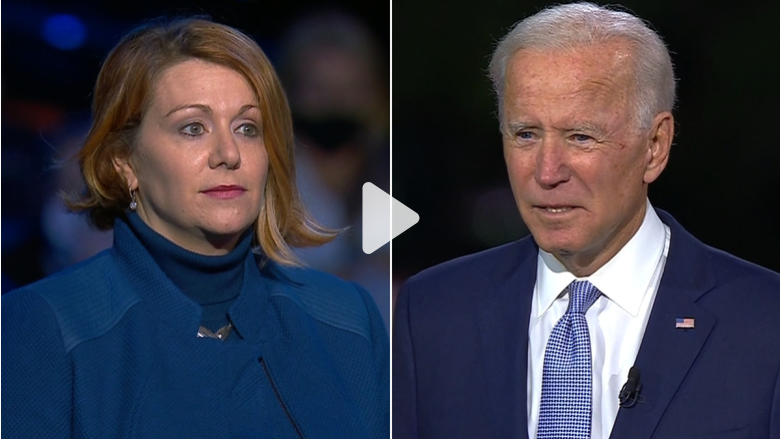 The recent media-sponsored town halls with President Donald Trump and former Vice President Joe Biden haven’t inspired much hope for the place of climate in the debates. In CNN‘s town hall with Biden (9/17/20), three participants were selected to ask Biden questions about the environment. Two of them pushed Biden to endorse anti-environmental positions—one in favor of fracking, and one against “over-regulation” of farms via climate policies. Both are very much out of step with public opinion in this country: Americans oppose fracking by a large majority, and majorities also believe the government is doing too little to protect the environment rather than too much (Pew, 11/25/19).

In ABC‘s town hall with Trump (9/15/20), zero questions were asked about climate.

Fox News‘ Chris Wallace, the moderator for the first debate, to be held September 29 in Cleveland, today announced the topics he intends to cover–and climate is not one of them.

The presidential (and vice presidential) debates ought to give voters a chance to see the candidates attempt to explain and defend their positions on the most important issues of the day. The Covid pandemic, healthcare and the economy will surely be front and center. But the climate crisis has been and continues to be a top issue for voters as well, and one that can’t be ignored by journalists for another four years.

ACTION: Contact the debate moderators today and tell them to make the climate crisis a key focus of the debates:

Please remember that respectful communication is the most effective. Feel free to leave a copy of your message in the comments thread of this post.

PLUS: RootsAction Education Fund, an online education and advocacy group, has a petition calling on the debate moderators to ask the candidates about climate.

The Choice for Democrats in Congress: Go Big or Go Home.

ACLU to Biden: Do Not 'Review' Drone Killing Program—End It Once and for All

Mike Lofgren
Wait, Don't Tell Me: The Capitol Riot Was Yet Another "Intelligence Failure"

END_OF_DOCUMENT_TOKEN_TO_BE_REPLACED

Banksy's newest, a two-fer Oscar Wilde tribute and call for prison reform, shows a prisoner climbing down bedsheets ending in a typewriter from Reading Gaol, known for housing Wilde during his two years' hard labor for "gross indecency" - being gay. Video juxtaposes Banky creating it with TV artist Bob Ross burbling about freedom; both are haunted by Wilde's final searing poem about the cruelty and bleakness of life behind bars: "Something was dead in each of us/and what was dead was hope."
Read More...
END_OF_DOCUMENT_TOKEN_TO_BE_REPLACED