Quds says disabling of its editors’ accounts is part of a campaign against Palestinian pages by Facebook. (Screenshot)

Editors at two of the most widely read Palestinian online publications have had their Facebook accounts disabled.

Ezz al-Din al-Akhras, a supervisor at Quds, told The Electronic Intifada that at around 2pm, three of the publication’s editors found their accounts disabled.

The same thing has happened to five editors at Shehab News Agency, a news editor for that publication told The Electronic Intifada. 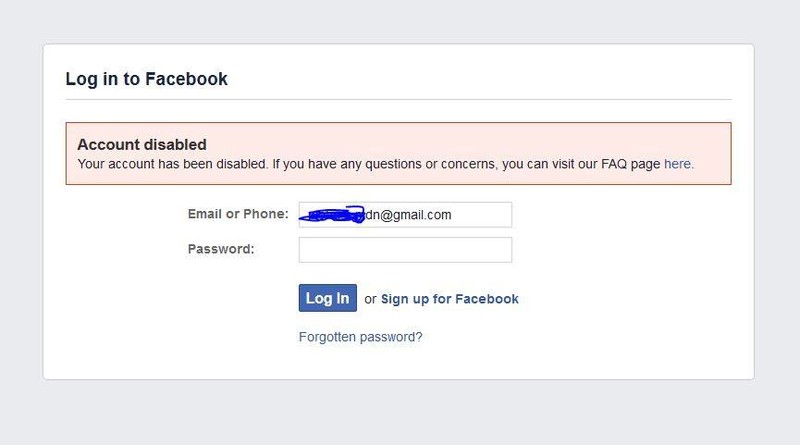 Both believe that the suspensions are directly related to an agreement between Facebook and the Israeli government to collaborate in monitoring what Israel claims is “incitement” by Palestinians.

“The joint Facebook-Israel censorship efforts, needless to say, will be directed at Arabs, Muslims and Palestinians who oppose Israeli occupation,” The Intercept’s Glenn Greenwald wrote of the agreement earlier this month.

“There has been no given reason for closing the accounts,” Quds’ al-Akhras said. “We believe this is the result of the agreement between Israel and Facebook. It is very strange that Facebook would take part in such an agreement, given that it is supposed to be a platform for free expression and journalism.”

Al-Akhras said that it was particularly dismaying that Facebook would take this action as Quds got its start in 2011 as a Facebook-only platform.

It only launched its own website and began using other social media platforms later on.

“We learned what journalism and freedom of expression are using Facebook,” al-Akhras said, adding that Quds was the first Palestinian publication to systematically use the platform for crowdsourcing news and verifying events all over Palestine.

Its reports, usually accompanied by photos and videos, are frequently cited by The Electronic Intifada.

Over the past year, Israel has tried to blame an upsurge in confrontations between Palestinians in the occupied West Bank, on the one hand, and its soldiers and settlers, on the other, on “incitement” in social media.

It has jailed a number of Palestinians, including journalists, for posting news and criticism of Israel’s occupation on Facebook.

Palestinian journalist Samah Dweik was released on Monday after six months in prison for alleged incitement on Facebook.

In July, the Mossad-linked lawfare group Shurat HaDin filed a $1 billion lawsuit against Facebook claiming the company serves as a platform for what Israel calls “terrorist groups.”

As Greenwald noted, however, the targets have not been “terrorists” but journalists.

The editor at Shehab said that the censorship campaign is likely only in its earliest stages and he would not be surprised if in coming days many more Palestinian journalists and news organizations are targeted.

Quds’ al-Akhras said that Facebook’s action was not just a matter for Palestinians, but harmed free speech globally.

“This tells any repressive regime that they can rely on Facebook to shut down the media,” he said.

Ali Abunimah is the author of One Country: A Bold Proposal to End the Israeli-Palestinian Impasse and a fellow with the Palestine Centre in Washington, DC.  Abunimah is Executive Director of The Electronic Intifada.

END_OF_DOCUMENT_TOKEN_TO_BE_REPLACED

This beleaguered Fourth evokes the searing words of Frederick Douglass, a black man furiously recounting to his white audience "the immeasurable distance between us," the day exposing "your shouts of liberty and equality" as "hollow mockery...mere bombast, fraud, deception." In this historic moment, Daveed Diggs - "Hamilton"'s Thomas Jefferson - reads from Douglass to images of a still-racist America, asking, "Where is the country where my people are safe?"
Read More...
END_OF_DOCUMENT_TOKEN_TO_BE_REPLACED