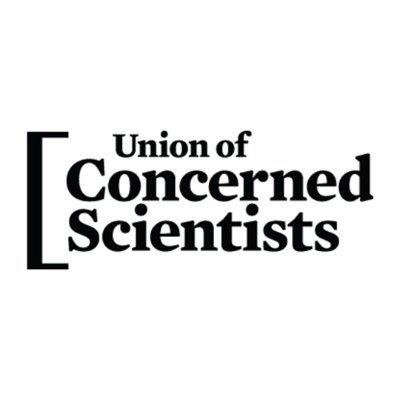 Statement by Alden Meyer, Director of Strategy and Policy, Union of Concerned Scientists

International negotiators from nearly every country met in Bonn, Germany over the last two weeks to continue their work implementing the historic Paris climate agreement in the in the run-up to the United Nations' annual summit on climate change--also called COP25--taking place this December in Santiago, Chile.

Below is a statement by Alden Meyer, director of strategy and policy at the Union of Concerned Scientists (UCS), who attended the talks in Bonn and has actively participated in the UN climate change negotiations since they began in 1991.

"As heatwaves, super storms, floods, wildfires, and other climate-related extreme events continue to wreak devastation across the world, people are looking for leadership to address the climate emergency. The United Nations Secretary General has called for a leaders' summit in New York this September to galvanize greater political will to decarbonize the global economy, to enhance resilience to climate impacts, and to spur the finance and investment needed to achieve these goals. Meanwhile, a growing number of governors, mayors, business leaders, investors and others around the world are committing to rapid, transformational climate action.

"By contrast, here in Bonn, there wasn't much ambition to be found. While some headway was made on several technical topics, sharp political differences remain on key issues such as carbon markets, ramping up finance to help developing countries cope with climate impacts, and the role of science in informing policymaker understanding of the urgent need for climate action.

"During the negotiations, Saudi Arabia blocked substantive discussions called for by a large number of vulnerable developing countries on the implications of the Intergovernmental Panel on the Climate Change Special Report on Global Warming of 1.5 Degrees Celsius released last October. But while they may have succeeded in short-circuiting formal discussion of the report, the Saudis can't prevent scientific fact from continuing to drive the heightened awareness among governments, the business community and the public of the need for an urgent response to the climate crisis.

"President Trump's decision to withdraw from the Paris Agreement and to renege on the remaining $2 billion of the U.S. pledge to the Green Climate Fund hampered the effectiveness of the U.S. delegation. It continues to be up to U.S. governors, mayors, business leaders and NGOs to demonstrate that the majority of Americans are committed to the Paris Agreement and to take the bold actions needed to meet the country's temperature limitation goals.

"The government of Chile, which will hold the presidency at the COP25 climate summit this December in Santiago, used the Bonn meeting to outline their vision for how the summit can drive greater climate ambition and heighten public awareness, including on the health of the oceans and nature-based solutions to reign in emissions. Their inspiring vision was a welcome contrast to the slow pace of progress in many of the Bonn negotiating rooms.

"All countries must come to the leaders' climate summit in New York and COP25 in Santiago prepared to indicate how they intend to increase the ambition of their national actions, as is required to avoid the worst impacts of climate change. Developed countries must also provide greater confidence on how they'll meet their commitment to mobilize $100 billion in annual support for developing country actions, and ramp up assistance to the most vulnerable countries already experiencing devastating climate impacts."