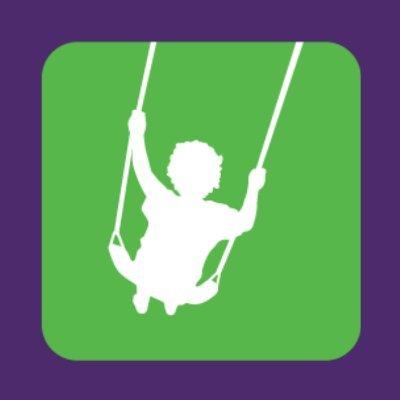 "Stop selling elementary school students on coal." That's the message advocates for children, education, and the environment are sending Scholastic, Inc. The American Coal Foundation hired Scholastic to produce The United States of Energy, PR materials that were packaged as a curriculum and distributed to tens of thousands of 4th grade classrooms around the country. Today, Rethinking Schools, the Campaign for a Commercial-Free Childhood, and Friends of the Earth launched a http://salsa.democracyinaction.org/o/621/p/dia/action/publ

"Stop selling elementary school students on coal." That's the message advocates for children, education, and the environment are sending Scholastic, Inc. The American Coal Foundation hired Scholastic to produce The United States of Energy, PR materials that were packaged as a curriculum and distributed to tens of thousands of 4th grade classrooms around the country. Today, Rethinking Schools, the Campaign for a Commercial-Free Childhood, and Friends of the Earth launched a letter-writing campaign demanding that Scholastic immediately stop distributing the curriculum.

"The United States of Energy is designed to paste a smiley face on the dirtiest form of energy in the world," said Bill Bigelow, Curriculum Editor of Rethinking Schools magazine, and author of "Scholastic, Inc. Pushing Coal: A 4th Grade Curriculum Lies Through Omission." "It's more important than ever that schools teach fully and honestly about coal and other forms of energy. These materials teach children only the story the coal industry has paid Scholastic to tell."

Teachers are told that The United States of Energy aligns with national standards because the lessons teach children "that different types of energy (e.g., solar, fossil fuels) have different advantages and disadvantages." The lessons do extol the advantages of coal, but they fail to mention a single disadvantage.

Scholastic's materials teach that coal is abundant and mined and burned for energy, but contain nothing about its impact on the environment and human health. Nothing about the hundreds of Appalachian mountains leveled to get at coal seams. Nothing about the poisons released when coal is burned--like sulfur dioxide, mercury, and arsenic--which the American Lung Association says kill thousands of people every year. And nothing about the fact that burning coal is the single greatest contributor to human-created, climate-altering greenhouse gases.

"Pure and simple, this is an example of the worst kind of corporate brainwashing," said Friends of the Earth Climate and Energy Tax Analyst Ben Schreiber. "It is unconscionable that Scholastic would lend its name to legitimize American Coal Foundation propaganda. Coal continues to kill thousands of Americans every year and it is particularly harmful to children."

"What's frightening is remembering my excitement about the Scholastic book fair when I was in grade school," said Kyle Ash, Senior Legislative Representative for Greenpeace USA. "A partnership between Scholastic and ACF, a coal-industry front group based in Washington, is more than nauseating and unethical, it is a pockmark on the US education system. It is clear that the coal industry intends to systematically undermine long-term political support for energy policy that is sustainable and economic."

For years, Scholastic has exploited its reputation as an educational publisher to serve as a Trojan horse for all sorts of inappropriate marketing in schools--from the highly commercialized content of its Book Clubs, to marketing the over-the-counter drug Claritin in elementary schools, to urging teachers to throw parties for the sugar-laden beverage SunnyD in their classrooms. Scholastic's InSchool Marketing division offers its services as curriculum producer for hire. The program is designed "to promote client objectives" and "make a difference by influencing attitudes and behaviors."

According to the Executive Director of the American Coal Foundation, hiring Scholastic allowed ACF to dramatically increase its presence in schools--from about 7,000 to 70,000 classrooms. "Four out of five parents know and trust the Scholastic brand," she explained.

Fairplay, formerly known as Campaign for a Commercial-Free Childhood, educates the public about commercialism's impact on kids' wellbeing and advocates for the end of child-targeted marketing. Fairplay organizes parents to hold corporations accountable for their marketing practices, advocates for policies to protect kids, and works with parents and professionals to reduce children's screen time.

fairplayforkids.orgPress PageAction Page
SIGN UP FOR OUR NEWSLETTER
Quality journalism. Progressive values. Direct to your inbox.
Follow Us
LATEST NEWS