SUBSCRIBE DONATE
Published on
Tuesday, August 27, 2019
by
The Progressive

"Now Modi is the leader of a billion people who stand solidly with him."

The rightwing populist project beleaguering our planet is taking its toll around the world. (Photo: gSrikar)

The drastic recent steps taken by the Indian government in Kashmir, depriving it not only of its constitutional autonomy but also its status as a state, can best be understood in the context of a worrisome phenomenon afflicting the world’s largest democracies.

In the wake of the global financial meltdown a decade ago and the ensuing crisis of free-market capitalism, voters in countries as different as India and the United States have gone in for similar remedies. Indian Prime Minister Narendra Modi and U.S. President Donald Trump are both rightwing populists who have successfully mobilized Hindus and whites in their respective countries as voting blocs.

The Modi-led ruling coalition’s repeat triumph in India’s parliamentary elections a few months ago with an even bigger majority has led to an intensification of its project to remake the officially secular country into a Hindu polity. India “in all probability and unless checked is headed toward a Hindu nationalist, majoritarian state,” Brown University Professor Ashutosh Varshney tells The New York Times.

This is where the erstwhile state of Jammu and Kashmir (India’s only Muslim-majority province) fits in. The Modi government’s stripping away of its autonomy and its statehood only makes sense in light of the region’s place in the Indian Right’s pantheon of obsessions.

One of the Hindu nationalist movement’s first political agitations occurred in the early 1950s against the special status (enshrined in Article 370 of the Indian Constitution) accorded to Kashmir when it acceded to independent India. Indeed, a Hindu Right stalwart, Syama Prasad Mookerjee, died in a Kashmir jail during the protests.

The votaries of Hindu nationalism see the Modi government’s moves as the fulfillment of a demand they’ve been making for more than half a century—and the ultimate tribute to Mookerjee, who founded the current ruling party’s ideological progenitor.

The votaries of Hindu nationalism see the Modi government’s moves as the fulfillment of a demand they’ve been making for more than half a century.

“The move in Kashmir is expressive of the core ideology of the Hindu nationalist movement that has organized and mobilized since the 1920s to make India a Hindu nation,” University of Pretoria Professor Alf Gunvald Nilsen, the author and editor of a number of books on India, tells me in an email interview. “Indeed, what could possibly be more true to the spirit of Hindu nationalism than the erasure—for that is what the revocation of Article 370 is—of India's only Muslim-majority state?”

And even if U.S.-related factors played a relatively minor role in precipitating his decision, Modi knew that he could count on his American ideological counterpart in one respect.

“Trump is the man who wanted Assad to win in Syria, who recognized the annexation of the Golan Heights, whose tough talk on China doesn’t really get into criticizing its policies in Xinjiang or Hong Kong,” Hari Prasad, an independent researcher who focuses on Middle East and South Asian politics and security, tells me. “Modi kind of understood (like many others) that if he did something as drastic as what he has done in Kashmir, Trump is not going to care or push back against it.”

At the G7 meeting this week, Trump essentially endorsed the Indian position, stating that the Indian “prime minister really feels he has it under control.” He added, “They speak with Pakistan and I’m sure that they will be able to do something that will be very good.”

Modi’s Kashmir gambit could change his image globally, including in the United States.

“The move both strengthens and weakens Modi’s hand,” says Wayne State University Professor Pradeep Sopory, who was born and brought up in the Kashmir Valley. “It strengthens because now he is the leader of a billion people who stand solidly with him, and it weakens because it allows U.S. liberal Democrats to aggressively question his motives.” [Full disclosure: Sopory is my close friend.] 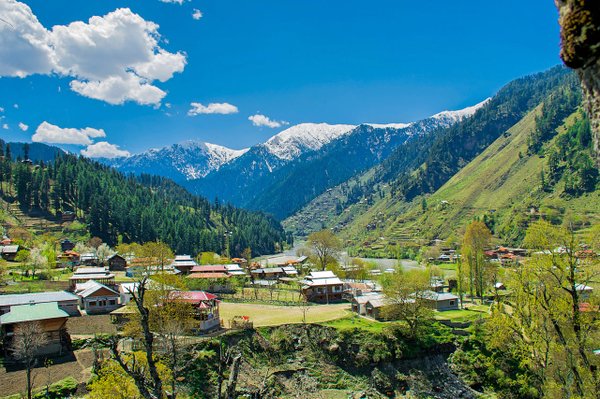 Meanwhile, the situation in Sopory’s birthplace remains grim. Thousands of Kashmiris are under detention three weeks after the initiation of the crackdown and schools and roads still deserted, reports Scroll, an Indian online news site.

“The impacts of this move on Kashmir will be, first and foremost, a much-diminished democracy, and, quite possibly, a long-term demographic shift that will erode Kashmir's Muslim-majority population,” says Nilsen.

All of this is a price the Modi government is more than willing to extract from the Kashmiris to further its agenda.

“With the move against Kashmir,” Nilsen says, “we are witnessing a scaling up in the form of what I call Hindu nationalist statecraft: acts of territorial engineering designed to advance the idea of a Hindu nation in very tangible ways, and always at the cost of vulnerable minority citizens.”

The rightwing populist project beleaguering our planet is taking its toll around the world.

Amitabh Pal is managing editor of The Progressive. He has interviewed the Dalai Lama, Mikhail Gorbachev, Jimmy Carter and John Kenneth Galbraith for the magazine.

END_OF_DOCUMENT_TOKEN_TO_BE_REPLACED

Gonzo fans of QAnon, space lasers and the former guy have been frantically busy at Arizona's "audit" of election ballots, using "forensic analysis" and UV lights to study ink and folds and weight and votes from "fake people" to uncover The Big Lie and wrestle good from evil. Now - Racism 101 - they're looking for bamboo particles from ballots purportedly smuggled in from China. THIS IS IMPORTANT!! The dominoes will fall!!
Read More...
END_OF_DOCUMENT_TOKEN_TO_BE_REPLACED