SUBSCRIBE DONATE
Published on
Wednesday, May 16, 2018
by
Irish Times

Yesterday, Palestinians everywhere commemorated the 1947-1949 Nakba (Arabic for catastrophe) – the ethnic cleansing of the majority of indigenous Palestinians from our homeland and the systematic destruction of hundreds of our villages and towns to establish Israel as an exclusionary state.

In 1948, when Zionist paramilitaries forced the family of my late grandmother, Rasmiyyah, out of their spacious home in the picturesque city of Safad at gunpoint, the seminal process of settler-colonialism that was enabled by the Balfour Declaration became personal to my family. The Nakba has shaped my identity and the identity of millions of other Palestinian descendants of refugees.

To suppress the massive peaceful demonstrations in Gaza, where the majority are Nakba refugees and their descendants, demanding an end to the 12-year-old siege and refugees’ rights, Israel has enacted a shoot-to-kill-or-maim policy, killing dozens and injuring thousands, many with live ammunition. The prosecutor of the International Criminal Court has condemned these crimes, while Amnesty International has called on world governments “to impose a comprehensive arms embargo on Israel” as an effective measure of accountability.

In the meanwhile, Israel has intensified its illegal settlement construction and its brutal policies of forcible displacement of Palestinians in occupied East Jerusalem and the Negev, home demolitions, violent interrogation and detention of hundreds of children, and its denial of freedom of movement.

This ongoing Nakba and Israel’s utter impunity were the trigger for the birth in 2005 of the nonviolent, Nobel Peace Prize-nominated Boycott, Divestment and Sanctions (BDS) movement for Palestinian rights, which is led by the broadest coalition in Palestinian civil society.

BDS calls for an end to Israel’s 1967 occupation, full equality for Palestinian citizens of Israel, and the UN-stipulated right of Palestinian refugees to return to the lands from which they were uprooted and dispossessed since the Nakba.

Anchored in the Universal Declaration of Human Rights, BDS categorically rejects all forms of racism and discrimination, including anti-Semitism, anti-black racism and Islamophobia. One’s identity, we believe, should never diminish one’s entitlement to rights. BDS, as a result, targets complicity, not identity. 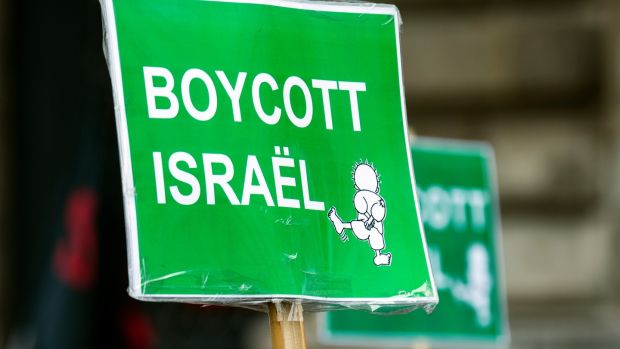 At the most basic level, Palestinians and solidarity groups, whether active in the BDS movement or not, are calling on Ireland, the EU and the world at large to uphold their moral and legal obligation to do no harm to us.

As I presented last Thursday before the Oireachtas’ Joint Committee on Foreign Affairs and Trade and Defence, the European Union, including Ireland, remains largely complicit in enabling Israel’s grave violations of Palestinian human rights. Despite Israel’s descent into unmasked, right-wing extremism and its decades-old military occupation and oppression of Palestinians, the EU continues to treat it as if it were above international law.

Despite Israel’s descent into unmasked, right-wing extremism and its decades-old military occupation and oppression of Palestinians, the EU continues to treat it as if it were above international law.


Israel’s serious breaches of international law generate legal obligations for the EU, Israel’s largest trade partner, and to its member states. As stated in the 2004 decision by the International Court of Justice, states must refrain from recognising Israel’s settlement enterprise and providing any form of assistance to maintaining the illegal situation arising from it.

By trading with Israel’s illegal settlements and supporting companies that are involved in the settlement enterprise, as defined by the UN, the EU is violating both obligations of non-recognition and non-assistance.

The EU, including Ireland, maintains a web of military relations, weapons research, banking transactions and settlement trade with Israeli companies, banks and institutions that are deeply implicated in human rights violations.

For instance, the EU imports goods from Israeli settlements at an estimated annual value of $300 million. Merely labelling some of these illegal products instead of banning them is a dereliction of duty.

As a first step to fulfil its legal obligations, Ireland must prohibit entry of goods and services produced in settlements established in occupied territories and end direct and indirect military trade with Israel. 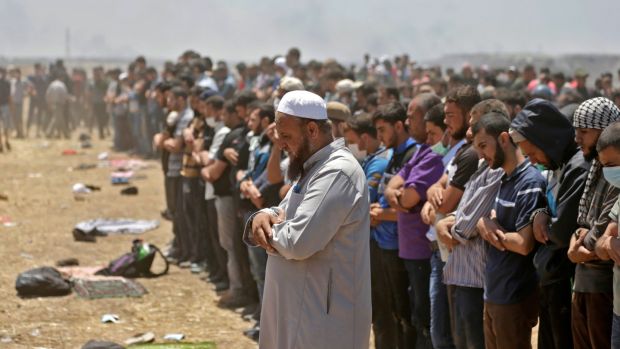 Beyond state responsibility, Palestinians are asking for solidarity, not charity. Heeding our appeals, a few weeks ago, Dublin became the first European capital to adopt BDS for Palestinian rights. Derry was the first Irish city, in 2016, to endorse BDS. The Irish Congress of Trade Unions, teachers’ unions, the Union of Students in Ireland (USI), and student unions in Trinity College Dublin, Queen’s University Belfast and Galway University have all endorsed BDS.

This and similar expressions of genuine solidarity give us tremendous hope to continue our struggle for emancipation.

I promised my late grandmother to keep hope alive and to never give up my modest contribution to this struggle no matter how cruel the repression gets. Her passion for justice and tenacity in resisting oppression have always inspired me profoundly. I shall not break that promise until Palestinians can live in dignity, justice, peace and equality.

Bloomberg Defied a Flight Ban to Show Support for Israel, Defended the Country Shelling a School and Killing Sleeping Children

'So Refreshing to Hear This': Progressives Praise Sanders for Answer on Israel-Palestine Conflict at CNN Town Hall

END_OF_DOCUMENT_TOKEN_TO_BE_REPLACED

Taking the rare, brave step of ripping her complicit colleagues, Justice Sonia Sotomayor just wrote a scathing dissent on a SCOTUS ruling approving Trump's "public charge rule" - a cruel, nativist, likely illegal wealth test to keep out immigrants - in the name of one more "emergency" that threatens "irreparable harm" to the country. By increasingly doing the bidding of "one litigant over all others," she charged, Court right-wingers are doing irreparable harm to justice itself.
Read More...
END_OF_DOCUMENT_TOKEN_TO_BE_REPLACED