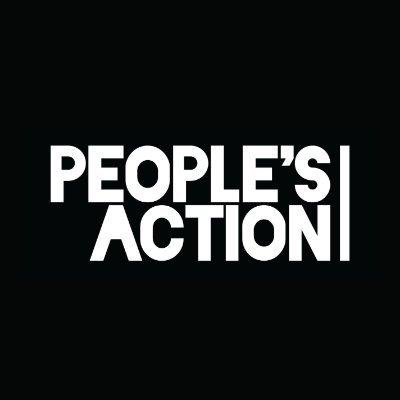 People's Action today congratulated the members of its People's Slate who won races in an uphill midterm election. The organization highlighted the 1 million doors knocked and 2 million phone calls made by its volunteers, staff, and member groups, which tipped crucial races up and down the ballot.

"When voters and candidates take organizing seriously, we win. When we have vulnerable, courageous conversations with neighbors about the sources of pain in our lives, we win. And when we put forward a hopeful, bold vision, we can defend our freedoms from the people attacking them."

People's Action's organizers, members, and affiliates fought in races all across the country to win a future of well-being, freedom, and democracy that includes all of us. Utilizing their signature deep canvassing program, People's Action marshaled thousands of volunteer shifts in battleground districts nationwide.

While not all races have been called yet, People's Action and its affiliates were already celebrating a broad swath of wins in federal, state, and local races, including U.S. Rep. Ilhan Omar, D-Minn., Diamond Staton-Williams, D-N.C., Hennepin County Attorney Mary Moriarty, Minn., and Sharlett Mena, D-Wash., among many others that will be listed on People's Action website as reports come in.

People's Action also celebrated historic wins in Pennsylvania, where it organized with its member organization, Pennsylvania Stands Up, and close allies at Pennsylvania United. Racking up more than 763,000 phone calls and door knocks and half a million texts sent to voters in the state, the organizations made a significant contribution to the historic wins of Josh Shapiro for governor; John Fetterman for U.S. Senate; Summer Lee for U.S. House of Representatives; and Izzy Smith-Wade-El, Bridget Kosierowski, and Johanny Cepeda-Freytiz for state representative, among others.

In Michigan, organizers and voters have potentially elected a governing trifecta, including re-electing Gov. Grechen Whitmer and potential majorities in both houses of the state legislature. Michigan People's Campaign, a People's Action member group, made 847,945 combined texts, door knocks, calls, and other conversations reaching 216,369 voters. Their extensive voter outreach program, combined with their status as a trusted messenger in local communities, led the way in terms of in-state organizing.

In Minnesota, organizers with TakeAction Minnesota organized a wholesale rejection of right-wing fear tactics, winning major victories in the face of racial dog-whistle campaigns in the state, epitomized by the victories of Hennepin County Attorney Mary Moriarty and Attorney General Keith Ellison.

In North Carolina, People's Action member group Down Home North Carolina played a crucial role in blocking a potential Republican supermajority in the state legislature, flipping districts in both chambers in hotly contested battleground districts. In one crucial statehouse district, House District 73, the group knocked on 42,134 doors and had 7,757 deep canvass conversations-and the group's preferred candidate won an upset victory by 425 votes. This win blocked the Republicans from obtaining a supermajority. Overall, DHNC and People's Action knocked on 168,617 doors and made 155,540 phone calls in the state.

In Arkansas, People's Action member group Arkansas Citizens First Congress defeated Arkansas Issue 2, which would have required a supermajority to approve ballot measures and proposed constitutional amendments in the state. Ballot measures have been vehicles for progressive change in Arkansas, which right-wing politicians sought to restrict.

Despite record-breaking spending on the midterms driven largely by right-wing billionaires and assaults on elections from authoritarians, People's Action Deputy Director of Movement Politics Marta Popadiak pointed to several encouraging signals from the electorate in addition to the wins highlighted above. "Much of the race-baiting from the white nationalists failed on the national level," Popadiak said. "Authoritarians spent a fortune on dog-whistle messaging and in the end, organizing won these races."

Quotes from People's Action member groups on outcomes in their states:

"Make no mistake, elections aren't won on Election Day; they're won by organizing people to be ready to get out and vote on Election Day and that's just what we did. Now, the results of that work are clear. The people of Michigan have decided that women should be in control of their reproductive decisions, everyone should be able to breathe clean air and drink clean water, but most importantly, our democracy works best when everyone gets to participate in it. That's what we're all about: getting people engaged in elections and keeping them engaged in the policies that result from them.

"Because while the other political campaigns are busy running around taking down yard signs and clearing out of store fronts, the Michigan People's Campaign is going to be in the room with the representatives we got elected holding them accountable. It's not enough to fight against what you don't want. We did that for four years. Now we get to fight for the things we do want. This is what real people power looks like."

"We're fighting like hell to make sure working families have what we need to build good lives for ourselves and our families. That means lowering costs on things like health care and energy, and taking on corporate price gouging. While Democrats are passing legislation like the Inflation Reduction Act to bring prices down for working people, corporations are bragging about raising prices while raking in record profits, and their sycophantic Republican politicians are helping billionaires dodge the taxes they owe. Republicans will do anything - including attacking our freedom to vote and overthrowing an election - to aide and abet corporate price gouging, gut Social Security and ban abortion. Pennsylvania voters didn't fall for it. We understand that election day isn't results day, and in the coming days, we're ready to make sure every single one of our votes are counted."

People's Action builds the power of poor and working people, in rural, suburban, and urban areas to win change through issue campaigns and elections.

www.PeoplesAction.orgPress Page
SIGN UP FOR OUR NEWSLETTER
Quality journalism. Progressive values. Direct to your inbox.
Follow Us
LATEST NEWS