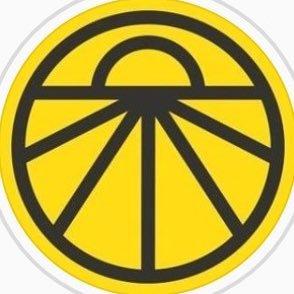 Former Gov. Granholm is a "break from the past", "the first true clean energy advocate to lead the Department of Energy"

Today, Sunrise Movement Executive Director, co-founder, and member of the Biden-Sanders Unity Task Force, Varshini Prakash, released the following statement on the expected announcement of Gina McCarthy and Ali Zaidi to lead domestic climate policy in the Biden Administration and Former Michigan Gov. Granholm as Secretary of Energy. Since the election, Sunrise has campaigned for the creation of an Office of Climate Mobilization and recommended McCarthy and Ali Zaidi as two of our top picks to lead the office.

"This is a big victory for our movement. After Sunrise pushed Biden to run on the most ambitious climate plan in history and contacted millions of young voters to help deliver his campaign a historic victory, we campaigned for Biden's first big action out of the gate to be the creation of a new Office of Climate Mobilization, staffed with all-stars. Gina McCarthy and Ali Zaidi were on that list.

McCarthy has the experience, clout, and vision to deliver historic action for the Biden administration. Gina has been a partner and ally to Sunrise in pushing Joe Biden to adopt and champion a climate plan that was bigger, bolder, more ambitious, more worker-centered, and more rooted in environmental justice. On the Biden-Sanders Unity Task Force, Gina went out of her way to make sure that my ideas were heard and centered because she understands the critical importance of listening to young climate activists.

"I'm also excited Gina will have another young millennial like myself working alongside her as she heads to the White House. Ali Zaidi has also been a close ally, and his experience, creativity, and track record of translating the concerns of young people into more ambitious commitments from Biden's team are critical for the new administration to take advantage of their historic mandate to act on climate change. Ali was one of the key people responsible for bringing Biden's platform closer to our vision of a Green New Deal.

"With Gina and Ali in the White House, I know our movement's demands will not fall on deaf ears. However, the true measure of Biden's commitment to tackling the climate crisis through an all-government, all-society mobilization is whether they'll be given the tools, power, and resources to be effective and push boldly. Specifically, this new office must report directly and have direct access to the President, have power to shape the federal budget, and be fully empowered to convene and lead all agencies and departments in the all-government, all-society mobilization towards 100% clean energy that raises the bar on environmental justice, job quality, wages, and benefits for workers.

"We are relieved that Biden chose to break from the past and pick a Secretary of Energy who does not have ties to fossil fuel industries. The importance of this pick cannot be understated: Former Governor Granholm is the first true clean energy advocate to lead the Department of Energy. Granholm has a deep understanding of industrial policy, has a long history of advocating for electric vehicles as well as a federal job guarantee, and is clear about the moral need to rapidly transition from fossil fuels to clean energy. She will make a strong Secretary of Energy and we are excited to work alongside her to electrify vehicles, save America's working families money by advancing energy efficiency, and create good clean energy jobs."

Below is what Sunrise Movement would like to see as the scope of new domestic climate office: