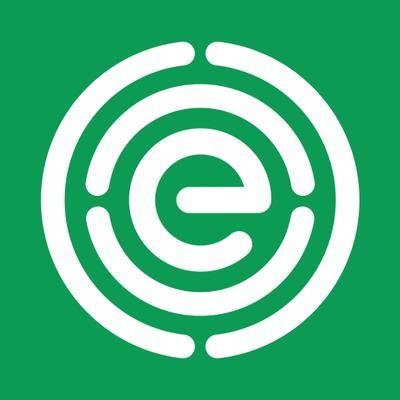 The U.S. Food and Drug Administration has ordered food processors to stop using partially hydrogenated oils, a major source of artificial trans fats blamed for 7,000 deaths and 20,000 heart attacks in the U.S. yearly.

The FDA action is a major victory for public health and for the nonprofit Center for Science in the Public Interest, which fought tirelessly for trans fat regulation for decades.

The U.S. Food and Drug Administration has ordered food processors to stop using partially hydrogenated oils, a major source of artificial trans fats blamed for 7,000 deaths and 20,000 heart attacks in the U.S. yearly.

The FDA action is a major victory for public health and for the nonprofit Center for Science in the Public Interest, which fought tirelessly for trans fat regulation for decades.

But the agency has given food processors three years to transition to other ingredients, and it has stopped short of banning all sources of synthetic trans fat. Its rule, released today, appears to retain a loophole that allows food processors not to disclose trans fat content of less than half a gram per serving. That means the label of an item containing .49 grams of trans fat can falsely say "zero" trans fat or "trans fat free." People who eat a package containing several servings can unknowingly consume several grams of this dangerous substance.

"We applaud the FDA for taking an important step that would eventually eliminate partially hydrogenated oils - the primary source of trans fats in Americans' diets - in our food," said Renee Sharp, EWG director of research. "But we're disappointed that the FDA did not set a speedy deadline. What's worse, the FDA has failed to close the labeling loophole that allows processed food manufacturers to avoid full disclosure."

The FDA rule does not prevent food processors from using other hidden sources of trans fat, such as refined oils, fully hydrogenated oils, emulsifiers, flavors and colors.

EWG research shows that manufacturers used artificial trans fat ingredients in 27 percent of more than 84,000 processed foods listed in EWG's Food Scores database and sold in American supermarkets. Yet trans fat was disclosed on the labels of only 2 percent of those items. It is likely that Americans are consuming most of these harmful fats unaware of the risk they pose for coronary disease.

The Grocery Manufacturers Association, the principle lobbying arm of the major food processing industry, and other food industry lobbyists have been working behind the scenes to lengthen and weaken FDA's phase-out. According to a June 10 Associated Press report, GMA and some food manufacturers were preparing a formal petition to the FDA to seek exemptions so they could continue to use partially hydrogenated oils in specific processed foods. The AP report did not name these items.

Food processers have added partially hydrogenated oils to a large number of products because they are cheap, make food textures creamier, prolong shelf life and ease the logistics of distributing heavily processed items for a mass market. In a presentation to the FDA, the GMA argued that removing the trans fat would reduce the shelf life of pudding from 18 to 12 months.

FDA memos show that the food industry has developed at least 200 uses for partially hydrogenated oils, and industry officials have said that 80 percent of these uses don't require disclosure of the presence of trans fat because of the half-gram loophole.

"Some responsible food retailers and manufacturers have already bowed to consumer pressure and have stopped using trans fat-laden partially hydrogenated oils in their products," said Ken Cook, EWG president. "We hope the FDA's action today will spur more companies to act quicker to clean up their food and give consumers more choices that are better for their health."

During the phase-out period and afterwards, consumers should use EWG's Food Scores to search for foods that are truly free of trans fats. Food Scores highlights foods that contain ingredients likely to carry trans fat and warns consumers when an item may harbor hidden trans fat.

Democratic Rep. Ro Khanna of California said Tuesday that House Republicans are threatening to "hijack the entire U.S. economy" and "subject it to collapse" in pursuit of cuts to Social Security and other right-wing policy goals, a warning that came as the Treasury Department prepared to take emergency measures to prevent the U.S. from breaching the debt ceiling.

"This is what the Freedom Caucus wants," Khanna said in an appearance on Democracy Now!, referring to the far-right faction of House Republicans pushing to use the debt ceiling as leverage to enact deep cuts to federal spending—a strategy that Speaker Kevin McCarthy (R-Calif.) has embraced.

"It is business as usual for most banks and investors who continue to support fossil fuel developers without any restrictions, despite their high-profile commitments to carbon neutrality."

Top banks in the United States and around the world have made a show of embracing net-zero emissions pledges, portraying themselves as allies in the fight against the global climate emergency.

But a new analysis published Tuesday by a group of NGOs makes clear that the world's leading financial institutions—including major Wall Street banks such as Citigroup, JPMorgan Chase, and Bank of America—are still pumping money into fossil fuel expansion, bolstering the industry that is primarily responsible for worsening climate chaos.