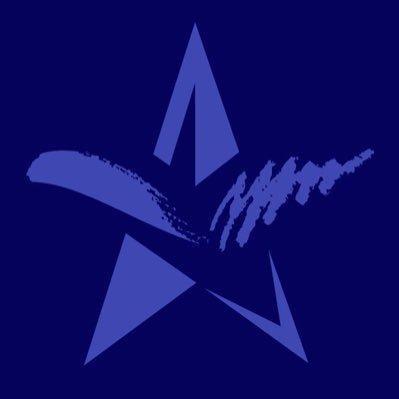 For Immediate Release
People For the American Way (PFAW)
Contact:

People For the American Way released a
report today previewing the strategies to be employed by right-wing
activists fighting against common-sense immigration reform this year.
Drawing on years of expertise on the Right, the report details the nine
strategies designed to defeat any efforts to reform our country's
immigration system, as well as tools for fighting back against these dishonest
attacks.

People For the American Way released a
report today previewing the strategies to be employed by right-wing
activists fighting against common-sense immigration reform this year.
Drawing on years of expertise on the Right, the report details the nine
strategies designed to defeat any efforts to reform our country's
immigration system, as well as tools for fighting back against these dishonest
attacks.

"American citizens deserve an immigration system that works for
our country," said Michael B. Keegan,
President of People For the American Way. "That means we deserve
comprehensive immigration reform. But the anti-immigrant, far-right
fringe has been successful in torpedoing sensible legislation in the past and
they're gearing up to do it again. Supporters of reform are intent
on learning from past mistakes, and part of that means understanding the strategies
we face."

The report, "(Pre)Viewing
the Right Wing Playbook on Immigration" is the latest in People
For's "Right Wing Watch: In Focus" series and adds to
research already published on PFAW's RightWingWatch.org. It lays out
nine strategies the Right will use to attack any common-sense immigration
reform movement:

1:
Appeal to Racial Fear and The 'Brown' Threat to 'White'
America
- "What
is happening to us? An immigrant invasion of the United
States from the Third World, as America's white majority is no
longer even reproducing itself." -
Pat Buchanan

2:
Appeal to Racial Resentment by Portraying Immigrant Rights Advocates as Racists
-- "[NCLR
is] the Ku Klux Klan of the Hispanic people" - Michael Savage

3:
Portray Immigrants and Their Supporters as Invaders, Conquerors, Enemies of the
U.S.
- "The
homegrown multiculti-mau-mau-ers know exactly what they believe, and they know
exactly what they are doing. They aim to mainstream the 'Stolen Land'
mantra and pervert history. They aim to obliterate America's borders by sheer
demographic and political force." -
Michelle Malkin

4:
Portray Immigrants as Criminals and Terrorists - "Illegal immigration" is a
"slow-motion Holocaust," and a "slow-motion terrorist attack
on the United States."
- Congressman Steve King

5:
Portray Immigrants as Carriers of Disease and Weapons of Bio-Terrorism -
"The next
time you eat in a restaurant or sleep in a hotel or motel....just remember to
bring your own food, dishes, untensils [sic], glasses, towels, and maybe your
own water. The person who cooked your meal or made your bed may very well be
the one who picked your fruit and vegetables, yesterday....and we've heard the
stories about what they do in the fields....haven't we?" - Mothers Against Illegal Aliens

7:
Denigrate Reform Efforts as Vote-Buying -- "The Democrats know it's to their
advantage to bring in Third World hordes who
will one day become Democratic voters." -
Rick Scarborough

8:
Portray Anti-Immigrant Stance as 'Pro-Worker' (While Voting Against
Worker Interests) -- "If they were not in the country, we wouldn't have to worry about
emergency room or health insurance costs at all. And Americans would have these
jobs." - Congressman Virgil
Goode

For additional information, or to arrange an interview, contact Drew
Courtney or Josh Glasstetter at media@pfaw.org or 202-467-4999.