SUBSCRIBE DONATE
Published on
Thursday, February 25, 2021
by
Fairness and Accuracy In Reporting (FAIR)

In corporate media, it seems, the minority view that opposes a living wage can also be the "moderate" one—so long as it’s "pragmatically" courting business interests.

As Democrats push to include a $15 federal minimum wage in the Covid stimulus package, many media reports have been giving the false impression that it’s an idea far outside the mainstream. 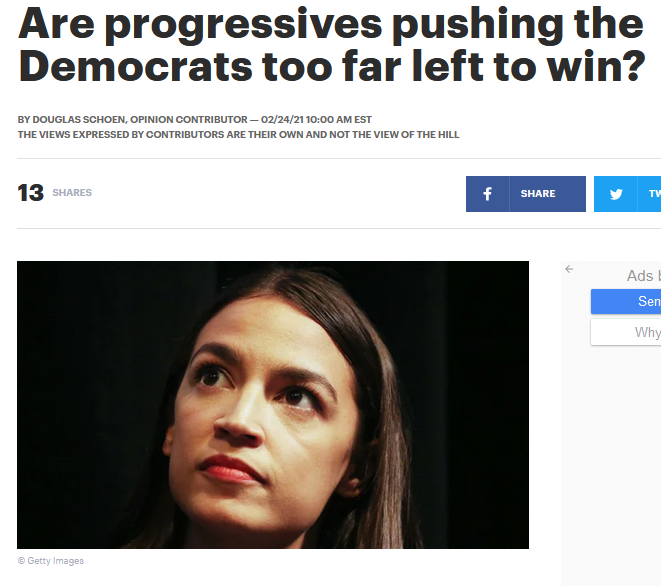 At the New York Times (2/21/21), Democratic Sen. Joe Manchin’s opposition to including the wage measure prompted this analysis:

Mr. Manchin’s position is also bolstered by a political reality that places moderate voters at the forefront—a fact that Mr. Biden’s White House is keenly aware of. For Democrats to maintain their House majority in the midterm elections next year, they must hold seats in Republican-drawn districts that are often populated by moderate suburban voters. In the Senate, where Democrats are seeking to expand their razor-thin control of the chamber in 2022, they must secure tough statewide victories in places like North Carolina, Ohio and Pennsylvania.


But however “moderate” such voters might be, they’re likely to support the measure. The latest polling (Quinnipiac, 1/28–2/1/21) finds 61% of the public backs a $15 minimum wage, with only 36% opposed. A 2019 Pew poll that broke support down by party and ideology found that even among Democrats (and independents who lean Democratic) who identify as moderate or conservative, a whopping 82% favor the wage hike, and that 59% of Republicans and Republican leaners who identify as moderate or liberal back it as well. On Election Day in Florida, where Trump won by 3 percentage points, voters also backed a $15 minimum wage ballot initiative by nearly 22 percentage points—which clearly undermines Manchin’s position rather than bolstering it. 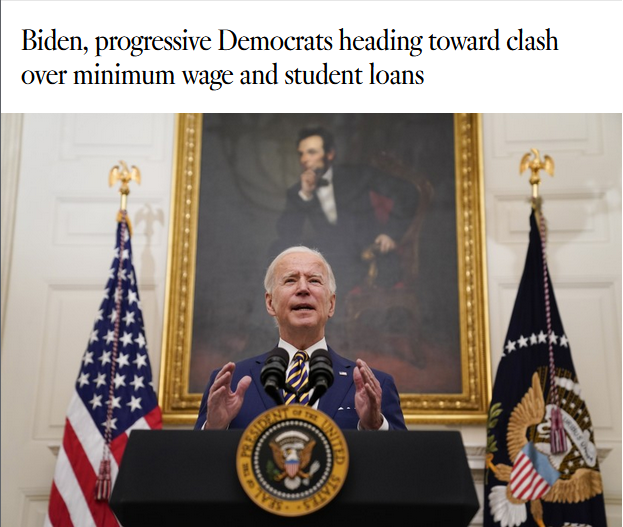 Yet terms like “moderate” (and similar journo favorite “pragmatic“) pepper reporting about the minimum wage hike to describe those who oppose it on both sides of the aisle. The LA Times (2/17/21), describing Biden “pumping the brakes” on keeping the minimum wage hike in the relief bill, labeled him a “pragmatist,” and explained that “some moderate Democratic senators have expressed concern about the wage hike.” At the New York Daily News (1/30/21), “pro-business GOP moderates oppose the hike.”

In corporate media, it seems, the minority view that opposes a living wage can also be the “moderate” one—so long as it’s “pragmatically” courting business interests.

To Push for 'Big and Bold' Agenda, Bowman to Deliver Progressive Response to Biden's Congressional Address

'Existential Moment for Our Country': Cori Bush Leads 90+ Dems in Calling for Abolition of Senate Filibuster

END_OF_DOCUMENT_TOKEN_TO_BE_REPLACED

Minutes before the Derek Chauvin verdict, a white cop in Columbus, Ohio shot and killed Ma'Khia Bryant, 16, a black girl in foster care who was threatening another girl with a knife. Many details are unclear - it was reportedly Bryant who called police when older girls were attacking her - but goddamn why can't cops disarm a 16-year-old girl without pumping four shots into her chest within seconds of arriving? Just kidding. We know why.
Read More...
END_OF_DOCUMENT_TOKEN_TO_BE_REPLACED