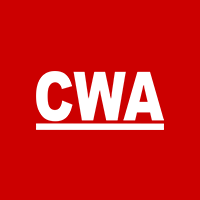 Employees have faced push back from management for their support of the Black Lives Matter movement, and the store manager has ignored COVID guidelines, putting workers’ health at risk.

This Christmas Eve, AT&T workers, Communications Workers of America (CWA) members and community allies will rally together at a socially distant demonstration to demand change at AT&T's Vallejo store after an assistant manager sexually assaulted a worker in October. The demonstrators are calling for justice for the victim, Yesenia Ortiz and accountability for Juan Moreno, the assistant manager, and Wahab Falak, the store manager, who were involved in egregious behavior; and an end to the retaliatory and toxic workplace created by management.

In October, Mr. Moreno called Ms. Ortiz across the sales floor and said, "I have a present for you," and proceeded to pull open her sweatshirt and shove a box of pens into her jacket. He then followed her aggressively as she walked away, breaking COVID-19 guidelines of standing six feet apart. This was an assault on Ms. Ortiz in a sexually inappropriate manner. Video footage of the incident is available upon request.

"The Vallejo AT&T store is the most toxic place I've ever worked," said Yesenia Ortiz, an employee at the AT&T Vallejo store and a victim of sexual assault by the store's assistant manager. "It's unbelievable that AT&T is aware that I was a victim of sexual assault committed by my co-worker, and yet he's been able to keep his job. AT&T needs to terminate Wahab and Juan immediately, and step in and take action to make sure that the laundry list of issues at our store is no longer tolerated."

After the initial shock of the incident, Ms. Ortiz contacted AT&T's EEO hotline to report the assault and was told an investigation would take place. The investigation led to the store's manager, Wahab Falak, administering a single "coaching session" with Mr. Moreno. Mr. Falak later said in an email to Ms. Ortiz that the incident was not as "extreme" as she made it sound, and Mr. Moreno was allowed to keep his job. Please look at the video from a store camera yourself.

Before the sexual assault, Mr. Moreno tore down Ms. Ortiz's Black Lives Matter sticker on her work locker at Mr. Falak's direction. The sticker was in the store's locker room where colleagues have personal stickers expressing a range of interests on their lockers. This happened despite the company's stance in support of Black lives and a commitment from AT&T's CEO John Stankey to dedicate company resources to support equality. Shortly after her sticker was scraped off her locker, Ms. Ortiz broke down on the sales floor crying because, as the mother of Black children, she was devastated to think that the company did not respect her children's lives.

After the union filed a grievance on behalf of workers about the removal of Ms. Ortiz's Black Lives Matter sticker, workers demanded that the company allow a one-hour uninterrupted meeting for members to address concerns and receive diversity and discrimination training from an outside vendor. Mr. Falak decided that five-minute individual meetings alone in his office would be sufficient.

When a store employee expressed concerns that the store was over its capacity per California state regulations, one employee began videotaping with his personal device to document its overcrowding. That's when Mr. Falak yelled at the employee, William Rivera, in front of customers, sent him to the backroom for two hours, and then called the police to remove him for trespassing.

Since November 27th, Mr. Rivera has been suspended without pay pending an ongoing investigation. Yet, the punishment for Mr. Moreno committing sexual assault was a single "coaching session."

WHAT: Demonstration outside the Vallejo AT&T store to get justice for Yesenia Ortiz and put an end to the toxic workplace

cwa-union.orgPress Page
SIGN UP FOR OUR NEWSLETTER
Quality journalism. Progressive values. Direct to your inbox.
Follow Us
LATEST NEWS