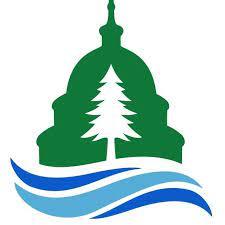 Without public announcement, the U.S. Environmental Protection
Agency has yanked its own website promoting the re-use of coal ash while
this highly-touted partnership with the coal industry "is being
re-evaluated," according to the lonely disclaimer on now-blank agency
web pages. Today, Public Employees for Environmental Responsibility
(PEER) wrote to EPA Administrator Lisa Jackson urging her agency to
rethink the full range of risks in putting highly toxic coal combustion
wastes into an array of consumer, agricultural and commercial products -
which is the object of the suspended EPA/coal industry joint venture
called the Coal Combustion Products Partnership or C2P2.

Coal
ash and other combustion wastes represent the second biggest waste
stream in the nation, second only to wastes generated by coal mining
itself. Re-use of coal ash has, with active support of EPA, turned into
a multi-billion dollar business that provides a huge subsidy to
coal-fired power-plants. Following the disastrous Kentucky coal sludge
spill in December 2008, EPA has belatedly undertaken an effort to
possibly regulate coal ash as a hazardous waste. The main industry
concern about regulating coal sludge ponds as hazardous is the
"stigmatizing effect" that would have on the growing coal ash market.

Last month, as it unveiled its final
proposals for regulating coal sludge, EPA quietly posted a notice that
C2P2 was temporarily suspended because it "was deemed appropriate to
foster dialogue on the proposal evenhandedly with all interested parties
through the public comment process." This week in an unusual move, EPA
went further by suddenly taking down all the C2P2 postings and leaving
only this statement:

"The Coal Combustion Products
Partnerships (C2P2) program Web pages have been removed while the
program is being re-evaluated."

"We suggest that
EPA use this opportunity to honestly review the entire range of
potential public health and environmental effects of injecting millions
of tons of unquestionably hazardous materials into the stream of
commerce," stated PEER Executive Director Jeff Ruch, noting that EPA has
used industry research as the underpinnings of the C2P2 findings.
"With so many unknowns, EPA should cease being promotional and try being
precautionary about coal ash."

If EPA is genuinely
reconsidering its previous posture that virtually all re-use of coal ash
was "beneficial" and thus beyond regulation, it would be a huge shift
with profound implications for the economics of coal-generated power.
"If coal plants had to properly dispose of all their combustion wastes
this power source would not be such a bargain anymore," Ruch added.

See
description of C2P2 from a surviving web fragment