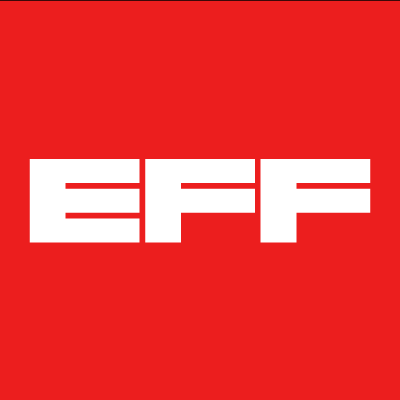 New "Smart Meters" for Energy Use Put Privacy at Risk

The ebb and flow of gas and electricity into your home contains
surprisingly detailed information about your daily life. Energy usage
data, measured moment by moment, allows the reconstruction of a
household's activities: when people wake up, when they come home, when
they go on vacation, and maybe even when they take a hot bath.

California's PG&E is currently in the process of installing
"smart meters" that will collect this moment by moment data--750 to 3000
data points per month per household--for every energy customer in the
state. These meters are aimed at helping consumers monitor and control
their energy usage, but right now, the program lacks critical privacy
protections.

That's why EFF and other privacy groups filed comments with the California Public Utilities Commission Tuesday, asking
for the adoption of strong rules to protect the privacy and security of
customers' energy-usage information. Without strong protections, this
information can and will be repurposed by interested parties. It's not
hard to imagine a divorce lawyer subpoenaing this information, an
insurance company interpreting the data in a way that allows it to
penalize customers, or criminals intercepting the information to plan a
burglary. Marketing companies will also desperately want to access this
data to get new intimate new insights into your family's day-to-day
routine-not to mention the government, which wants to mine the data for
law enforcement and other purposes.

This isn't just a California issue. Many threats to the privacy of
the home--where our privacy rights should be strongest--were detailed in
a 2009 report
for the Colorado Public Utility Commission. The federal government has
been promoting the smart grid as part of its economic stimulus package,
and last year, EFF and other groups warned
the National Institute of Standards and Technology about the privacy
and security issues at stake. For example, security researchers worry that today's smart meters and their communications networks are vulnerable to a variety of attacks. There are also questions of reliability,
as PG&E faces criticism from California customers who have seen
bills skyrocket after the installation of the new "smart meters."
Unsurprisingly, California legislators are questioning the rapid rollout. Texas customers are also complaining.

There are far more questions than answers when it comes to this new
technology. While it's potentially beneficial, it could also usher in
new intrusions into our home and private life. The states and the
federal government should ensure that energy customers get the
protection they deserve.

The Electronic Frontier Foundation is the leading nonprofit organization defending civil liberties in the digital world. Founded in 1990, EFF champions user privacy, free expression, and innovation through impact litigation, policy analysis, grassroots activism, and technology development. EFF's mission is to ensure that technology supports freedom, justice, and innovation for all people of the world.

(415) 436-9333
www.eff.orgPress PageAction Page
SIGN UP FOR OUR NEWSLETTER
Quality journalism. Progressive values. Direct to your inbox.
Follow Us
LATEST NEWS

"If House Republicans can't even get it together to choose their leader, they can't be trusted with the debt ceiling, fighting inflation, or helping families make ends meet," said Democratic Rep. Sara Jacobs.

The refusal by U.S. House Republicans to collectively get behind a speaker candidate in six rounds of voting so far this week has renewed concerns about the coming fight over raising the debt ceiling to prevent an unprecedented government default.

After the GOP won a narrow House majority in the November midterm elections, economists and progressives in Congress called for raising the federal borrowing limit during the lame-duck session. However, Democrats failed to pass standalone legislation or include a provision in the omnibus package President Joe Biden signed last week, setting up the battle for this year.

House GOP's Top Priority If They Ever Get a Speaker? Protect Wealthy Tax Dodgers

"In their first legislative vote, Republicans will vote to repeal $9 out of every $10 in new IRS funding," said Americans for Tax Fairness. "All to protect their rich tax cheat friends from paying taxes they owe."

Republicans began their control of the 118th Congress Tuesday with a narrow majority that failed six times to elect a speaker but had in hand "hit-the-ground-running" plans to pass legislation that critics say will "protect wealthy and corporate tax cheats" by rescinding tens of billions of dollars in new Internal Revenue Service funding in the Inflation Reduction Act.

On Monday, Steve Scalise (R-La.), a party leader, said that the lower chamber's first order of business after electing a speaker will be taking up the Family and Small Business Taxpayer Protection Act.

"Not even one week into 2023, the new far-right apartheid government is moving to ethnically cleanse entire communities—which would displace more than 1,000 Palestinian residents, including 500 children," said the Michigan Democrat. "All with American backing, bulldozers, and bullets."

As chaos continued in the U.S. House of Representatives on Wednesday, the first Palestinian-American woman ever elected to the chamber took aim at Israel's new far-right government for its plans to forcibly displace over 1,000 Palestinians in the Masafer Yatta region of the illegally occupied West Bank.

After noting that "2022 was one of the deadliest years for Palestinians on record," U.S. Congresswoman Rashida Tlaib (D-Mich.)—an outspoken critic of violence by Israeli forces and settlers, and the United States' military aid to Israel—declared that "Congress must stop funding apartheid."