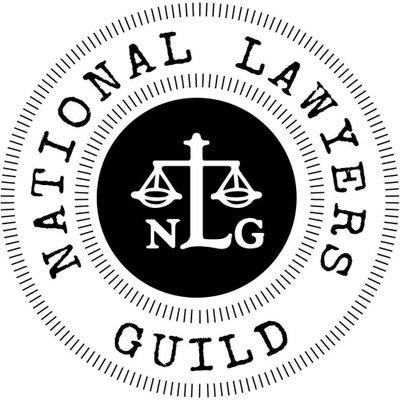 The National Lawyers Guild (NLG)
calls on the government of Egypt
to heed its obligations under international law and allow safe passage to Gaza and guarantee
protection for delegates of the Gaza Freedom March and the Viva Palestina
convoy.

"Egypt is in
danger of breaching its responsibility under the Fourth Geneva Convention if it
fails to allow an aid convoy and freedom marchers bringing aid into the
besieged territory
of Gaza," said James
Leas, co-chair of the Guild's Free Palestine Subcommittee.

The aid convoy, "Viva Palestina," includes 250 trucks carrying humanitarian
supplies. The 1,400 Gaza Freedom Marchers from more than 43 countries are coming
to join the Palestinians of Gaza in a non-violent march to the Israeli border
to demand that the unjust siege be lifted, and they are carrying additional
humanitarian aid. Both groups are attempting to enter Gaza
through its border with Egypt,
which has so far barred them from crossing.

Gaza has been under siege and its
population has been inadequately supplied for more than 30 months. The crisis
was vastly intensified by the massive assault on Gaza
one year ago in which Israeli forces killed nearly 1,400 people and destroyed
thousands of houses and civilian infrastructure, including agricultural land, a
poultry farm, and Gaza's
only flour mill. The UN has repeatedly reported increasingly severe malnutrition
among children.

"Under international law, neither Israel
nor Egypt
has a right to stop the convoy and marchers nor prevent free passage of their
consignments. As the Occupying Power, Israel bears primary
responsibility for the welfare of the Palestinian people. Given Israel's failure to comply with international
law, Egypt's compliance
is all the more vital, and under international law Egypt must
allow passage and guarantee protection," said NLG President David Gespass.

Egypt
was among the first to sign on to the Geneva Conventions in August 1949 and
ratified the treaty in 1952. Article 59 of the convention provides in part:

"If the whole or part of the population of an occupied territory
is inadequately supplied, the Occupying Power shall agree to relief schemes on
behalf of the said population, and shall facilitate them by all the means at
its disposal.

Such schemes, which may be undertaken either by States or by
impartial humanitarian organizations such as the International Committee of the
Red Cross, shall consist, in particular, of the provision of consignments of
foodstuffs, medical supplies and clothing.

All Contracting Parties shall permit the free passage of these
consignments and shall guarantee their protection."

Article 147 provides that a "grave breach" of the
convention includes "willfully causing great suffering or serious injury
to body or health."