SUBSCRIBE DONATE
Published on
Friday, November 06, 2020
by
The Conversation

Global Food System Emissions Alone Threaten Warming Beyond 1.5°C—But We Can Act Now To Stop It

We have to switch the energy sources powering farms and food production from fossil fuels to renewables, while halting the deforestation that creates new farmland.

The methane burps of cows and other livestock are a signficant contributor to global warming. (Photo: Fernando filmmaker/Shutterstock)

How people grow food and the way we use the land is an important, though often overlooked, contributor to climate change. While most people recognise the role of burning fossil fuels in heating the atmosphere, there has been less discussion about the necessary changes for bringing agriculture in line with a “net-zero” world.

But greenhouse gas emissions from the global food system are growing. Unless there are significant changes in the way we produce and deliver food from fields to tables, the world will miss the climate targets of the Paris Agreement, even if we immediately phase out fossil fuel use.

In a new paper, my colleagues and I explored how food system emissions fit into remaining carbon budgets which are intended to limit global warming to 1.5 or 2°C above pre-industrial levels. We estimated that if global food systems continue to develop at their current rate – known as a “business as usual” trajectory – the resulting increase in emissions from this alone would likely add enough extra warming to take Earth’s average temperature beyond a 1.5°C rise in the 2060s.

The good news is that this outcome is not inevitable. There are improvements to what we eat and how we farm it that are achievable, and can be pursued right now.

Thanks to the Paris Agreement, the world has an internationally agreed target of keeping global warming below 2°C, and striving for 1.5°C.

The same applies to CO₂ emissions from agriculture. We have to switch the energy sources powering farms and food production from fossil fuels to renewables, while halting the deforestation that creates new farmland.

But here things get complicated, as CO₂ is only a relatively small part of the total emissions from food systems. Agricultural emissions are dominated by nitrous oxide (N₂O), mostly from fertilisers spread on fields (both synthetic and animal manures), and methane (CH₄), largely produced by ruminant livestock such as cows and sheep, and rice farming. So how do these two gases fit into our carbon budgets?

Nitrous oxide lasts in the atmosphere for around a century, making it relatively long-lived (though still a lot shorter than CO₂ on average). Each N₂O emission subtracts from the carbon budget in a similar way to CO₂ itself.

Methane only survives in the atmosphere for around a decade once emitted. Each emission causes a significant but fairly short burst of warming, but doesn’t contribute to long-term warming and reduce the available carbon budget in the same way as CO₂ or N₂O. To account for this, we used a new approach, which treats methane differently to longer-lived gases, in order to incorporate it in carbon budgets.

Using this new framework, we considered how food system emissions might affect the world’s remaining carbon budget in lots of different scenarios. These included what might happen if we made the typical diet more or less sustainable, if people wasted less food, or if farms produced more food from the same amount of land.

Given that there’s an increasing human population that is, on average, eating more food – and more emissions-intensive types of food such as meat and dairy – the world is on track to exceed the carbon budget for limiting warming to 1.5°C due to these food system emissions alone, and take up a large share of the 2°C budget.

But there are many changes we can make to avoid this. Switching to healthier diets that are more plant-based and lower in calories or reducing food waste could allow the same number of people to be fed with less overall food production and a smaller environmental footprint. Improved farming methods, including more efficient use of fertilisers, could help produce more food with fewer resources. These are achievable changes which would significantly reduce food system emissions.

Even better, implementing all of these measures could actually expand the total carbon budget the world has left. If the amount of food the world needs and how it was produced were carefully planned, more land could be freed for other purposes. That includes rewilding, which would expand wild habitats on former farmland, encouraging biodiversity and fixing carbon from the atmosphere into plants. 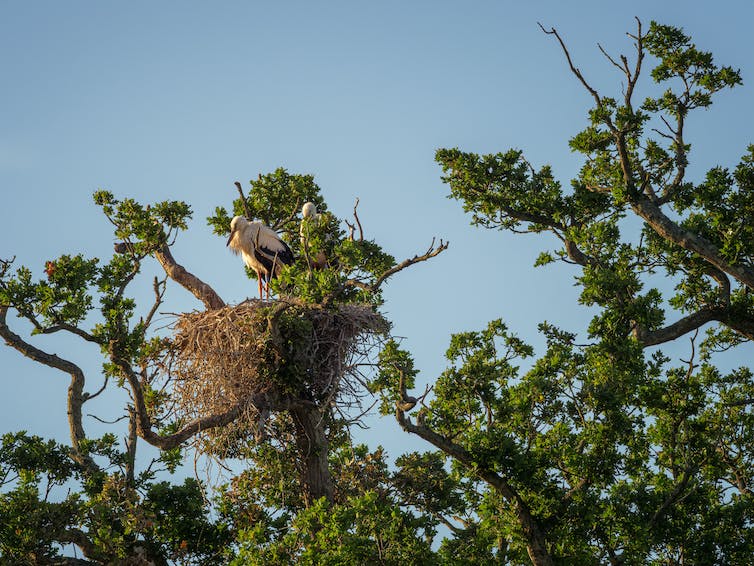 People will always have different dietary preferences, and climate change could limit how much we’re able to improve agricultural efficiency, even if warming remains below 1.5°C. But even if some strategies are only partially fulfilled, pursuing multiple approaches simultaneously could still significantly reduce food system emissions overall.

Keeping global warming to 1.5°C gives the world very little wiggle room. It’s essential that emissions from burning fossil fuels are eliminated as rapidly as possible. The world must build on the plunge in emissions that occurred during the COVID-19 pandemic, and force similar declines every year onwards.

We have shown that if – and it is a big if – the world does actually manage to decarbonise this quickly, we have a good chance of keeping food system emissions low enough to limit warming to between 1.5 and 2°C. We can waste no more time in achieving this.

John Lynch is Postdoctoral Researcher in Physics, University of Oxford

Scientists Say Net Zero by 2050 Is Too Late

'This Is Depraved': Tyson Food Managers Accused of Betting on How Many of Their Workers Would Get Covid-19
More in:
Climate, Solutions, U.S.
,
Food, Agriculture, Factory Farming, Deforestation, Carbon, Sustainability, Renewable Energy

END_OF_DOCUMENT_TOKEN_TO_BE_REPLACED

Once again, Trump loses and Twitter wins after his surreal appearance stating the obvious - he'll leave - while seated at a teeny desk sparked an explosion of #DiaperDon and #TinyDesk posts mocking his banishment from the grown-ups' table. Giddy responses ranged from thanks for the resistance hero who quietly set him up to an NPR Tiny Desk Concert review - "Just yelled at reporters. Worst. Concert. Ever." This, it's agreed, will be his legacy: "A baby at his tiny little desk throwing a tantrum."
Read More...
END_OF_DOCUMENT_TOKEN_TO_BE_REPLACED