SUBSCRIBE DONATE
Published on
Friday, February 14, 2020
by
The Conversation

How the T-Mobile-Sprint Merger Will Increase Inequality

Since economic power leads to political power, these companies have used their resources to lobby for rules and regulations that further narrow the scope of antitrust laws and harm consumers.

by
Amitrajeet A. Batabyal
0 Comments

Many industries in the U.S. are dominated by just a handful of companies, such as Amazon and Apple. (Photo: Aytac Unal/Anadolu Agency/Getty Images)

A federal judge gave his blessing to the US$26.5 billion merger between T-Mobile and Sprint on Feb. 11, several months after the deal got final antitrust approval from the U.S. government.

A group of attorneys general from 13 states and the District of Columbia had sued to try to block the merger, arguing it would reduce competition in the telecommunications industry and raise customer prices by billions of dollars.

Let me add a third reason the judge should have blocked the deal: It will likely increase economic inequality.

Research on inequality, including my own, has generally focused on how economic growth, tax policy and the use of technology affects it. Less attention has been paid to another important factor: enforcement of antitrust laws.

With the gap between rich and poor soaring to new historic highs, tackling the problem has become increasingly necessary.

My research on inequality and antitrust suggests the U.S. could begin to rein in its yawning wealth gap by again vigorously cracking down on anti-competitive behavior in the marketplace – just as it did during the mid-20th century. 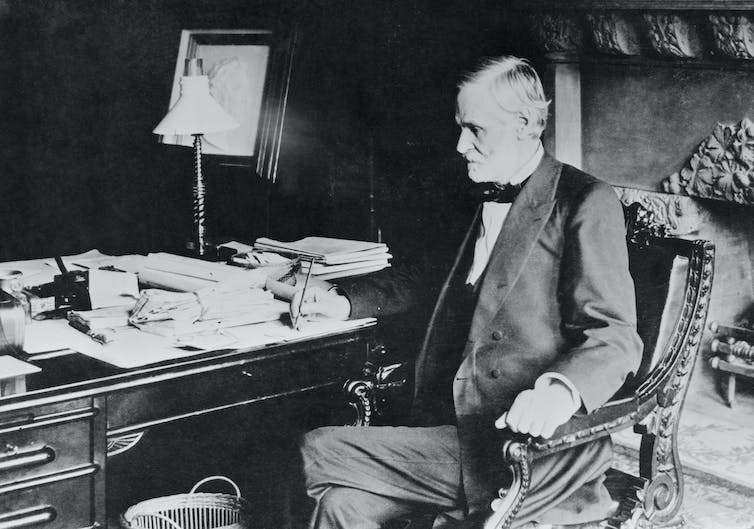 The U.S. has three principal federal antitrust laws: the Sherman Act, the Clayton Act and the Federal Trade Commission Act.

The Sherman Act, passed in 1890, forbids anti-competitive agreements as well as conduct that monopolizes or attempts to dominate a particular market. This applies to cartels and to any attempt to fix prices, reduce industrial output, share markets or exclude competition.

The administration of President Theodore Roosevelt aggressively enforced the Sherman Act, which led to the breakup of Standard Oil in 1911.

The Clayton Act strengthened Sherman by more precisely defining anti-competitive behavior, while the Federal Trade Commission Act provided the federal government with an agency to investigate potential violations of its antitrust laws. Both laws were passed in 1914.

Over time, the federal courts developed a body of antitrust law that made certain kinds of anti-competitive behavior explicitly illegal. Other types of behavior were subject to a more detailed and laborious case-by-case analysis to ascertain whether the conduct in question unreasonably restrained trade.

But, apart from the 1900s, the federal government didn’t vigorously enforce antitrust laws until the late 1930s, when President Franklin Delano Roosevelt appointed Thurman Arnold to run the Justice Department’s antitrust division. Arnold ushered in three decades of robust enforcement, including a landmark case against the American Medical Association, which allowed doctors to work with health maintenance organizations for the first time.

Antitrust goes out of style

This enthusiasm for promoting competitive markets and consumer welfare began to change in the early 1970s.

Conservative judges and legal scholars such as Robert Bork argued that the purpose of antitrust should be to promote economic efficiency, rather than consumer welfare.

This viewpoint dovetailed nicely with Ronald Reagan’s own views about the role of the government in markets. So when he became president in 1981, Reagan appointed two like-minded conservative scholars, William Baxter and James Miller, to head the antitrust division and the FTC.

Focused solely on the promotion of economic efficiency, Baxter, Miller and judges with similar views dramatically reduced the scope of antitrust enforcement. And the range of conduct that would previously be condemned by courts as anti-competitive decreased and the proof required to demonstrate harm to plaintiffs increased.

This gave businesses much greater freedom to seek profit through anti-competitive means. As a result, numerous industries from search engines and telecoms to soda companies and tire makers have become dominated by a handful of companies.

This exacerbates inequality in three ways.

First, when a company has market power in an industry, it can set prices on its own terms, higher than it would otherwise be able to in a more competitive environment. This transfers wealth from customers who pay the higher prices to the dominant company. Because the managers and the owners of these powerful businesses tend to be wealthier than their consumers, this wealth transfer is regressive and therefore promotes economic inequality.

A second kind of anti-competitive behavior arises in the context of mergers and acquisitions, such as the T-Mobile-Sprint deal. The telecoms sector was already very concentrated, and now it’s expected to get even worse.

Or take the health care industry. After the Affordable Care Act became law, there was a wave of hospital mergers. These mergers led to price increases of over 20% for consumers.

So, once again, we have regressive wealth transfers from poorer consumers to wealthier hospital owners and managers.

Finally, anti-competitive behavior frequently arises when there is common ownership of corporations. The airline industry provides a great illustration of this.

From 2013 to 2015, the same seven shareholders controlled 60% of United Airlines, 27.5% of Delta, 27.3% of JetBlue and 23.3% of Southwest. Harvard law professor Einer Elhaug argues this kind of common ownership of multiple companies in an industry is very likely to lead to anti-competitive prices.

And that’s exactly what researchers have found. A 2018 paper showed that ticket prices are 3% to 11% higher due to common ownership, and studies of the banking and other industries have found similar effects. 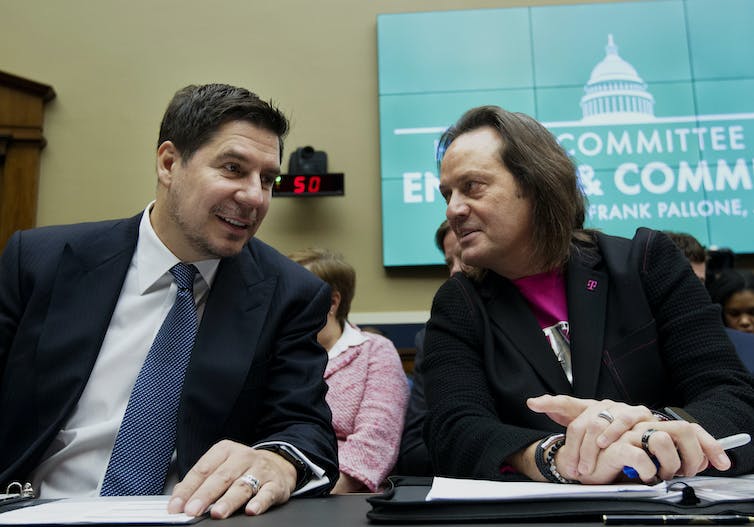 Americans now have over four decades of experience with relatively lax antitrust enforcement focused almost exclusively on the narrow criterion of economic efficiency. The resulting picture is not pretty.

Poorer consumers have padded the balance sheets of wealthier companies through prices that are higher than they would have been with more aggressive antitrust enforcement. I and other researchers argue this has contributed to soaring economic inequality since around 1980.

But since economic power leads to political power, these companies have used their resources to lobby for rules and regulations that further narrow the scope of antitrust laws and harm consumers.

Arthur J. Gosnell is a Professor of Economics, Rochester Institute of Technology

Does This Economy Work for Black Americans?

'An Outrage': HHS Chief Azar Refuses to Vow Coronavirus Vaccine Will Be Affordable for All, Not Just the Rich

Karen Greenberg
The Unfounding Father: Donald Trump and the End of American Democracy

END_OF_DOCUMENT_TOKEN_TO_BE_REPLACED

Because really what else would he be doing these days, Mike Pence just spoke at CPAC 2020, the wingnut-studded "choleric mud puddle at the heart of the right-wing fever swamp" where this year's theme is the "coup" against Trump and the evils of socialism. Given the (non-existent ) virus threat, Pence declared "this is no time for partisanship” before ripping Obama and some "avowed socialist"; when a Trump impersonator appeared, he was drowned out by "USA!" chants, but non-partisan ones.
Read More...
END_OF_DOCUMENT_TOKEN_TO_BE_REPLACED